UEJ is the council for unionized CTU educators at UNO/Acero Charter Schools. Each bargaining unit in the CTU’s ACTS charter school division has its own council and elected leadership.

Asian Human Services, the owner of Passages Charter School, has abruptly broken off negotiations but members remain united. Aspira members have reached a tentative agreement over the move of ASPIRA Early College High School into the ASPIRA Haugan Middle School building. CTU members at Instituto Justice Leadership Academy are raising objections about the school’s disturbing lack of cleanliness. Educators at Latino Youth High School continue to stand strong in their 28th week of refusing the boss’ return to in-person work order. And we are close to a tentative reopening agreement with Namaste. 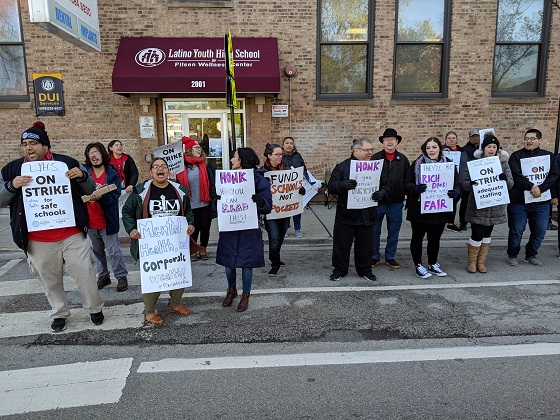 As CPS continues its push to force members back into unsafe buildings in January, the successful rebellion at Latino Youth offers an important lesson: solidarity is power.

CTU members at Namaste are cautiously optimistic that their organizing against in-person instruction has paid off. Educators at Epic Academy kicked off negotiations this week on their first collective bargaining agreement. Acero parents and teachers continue to fight staff layoffs. And everyone is wondering where Urban Prep’s $1.2 million in federal stimulus loans went because it hasn’t shown up in classrooms.

Charter school headlines for the week of Nov. 30

Good news for CTU members at CICS Civitas who, just before Thanksgiving, received their proper raise and retroactive pay stemming from our strike. Not so good news at Latino Youth, where management has brought on the same big anti-union law firm CPS used to stonewall district negotiations. CTU-ACTS Chair Chris Baehrend authored a chapter about our historic charter strikes in the new book, Strike for the Common Good.

In accordance with Article V, Section 2 of the Chicago Teachers Union Constitution and By-Laws, the term of current delegates will end on January 31, 2021. The Notice of Nominations and Election for each citywide functional group will be sent via email to each member eligible to vote and posted on the CTU website on Friday, December 4, 2020.

The CTU New Organizing Committee met with charter school educators interested in unionizing. CTU members at Aspira are strategizing how to deal with colocation efforts. Acero Sped and ELL educators participated in a Know Your Rights training and are beginning to reach out to parents. Negotiations on our first contract with Epic are expected to begin after Thanksgiving

Charter headlines for the week of Nov. 9

Namaste is the latest charter school to experience a COVID-19 outbreak. After months of negotiations, and a request for a mediator, we are seeing progress in CICS-Civitas talks. Instituto Health and Science Career Academy is hiring a psychologist to comply with the CTU contract. Three laid off special education apprentices have been recalled at Acero, after members organized against the layoffs.

Charter school headlines for the week of Nov. 2

CTU reached an agreement with Epic Academy that provides for remote learning through the second quarter, ending Feb. 4, 2021. The agreement also allows for “no stakes” observations. Finally, the union was able to negotiate 30 minutes on the clock for union meetings...

Winning recognition was important. Winning a strong contract is essential. Find the current UEJ contract here. As we struggle for a new contract, knowing the existing language helps. In addition, you’ll find contracts for the other charter councils and for the district. In unity, we can improve pay and conditions throughout the district.

In 2013, teachers and educational staff at every school in the UNO charter network voted to unionize within the AFT’s Chicago charter local. They did so to improve conditions for educators, students, and families. In 2013 the UNO charter network became embroiled in scandal, forcing mayoral ally Juan Rangel to step down as CEO. The network later rebranded itself “Acero.” Rather than adopt the name of their employer, the unionized educators changed their council name from United Educators of UNO to United Educators for Justice. Council members ratified their first contract in Spring 2014. Along with other unionized educators at charter schools, UEJ members voted to merge their charter schools local with the Chicago Teachers Union in 2018. UEJ currently represents approximately 600 members at UNO/Acero schools. The council is part of the CTU-ACTS charter schools division, which stands united with the rest of the 27,000-strong Chicago Teachers Union. 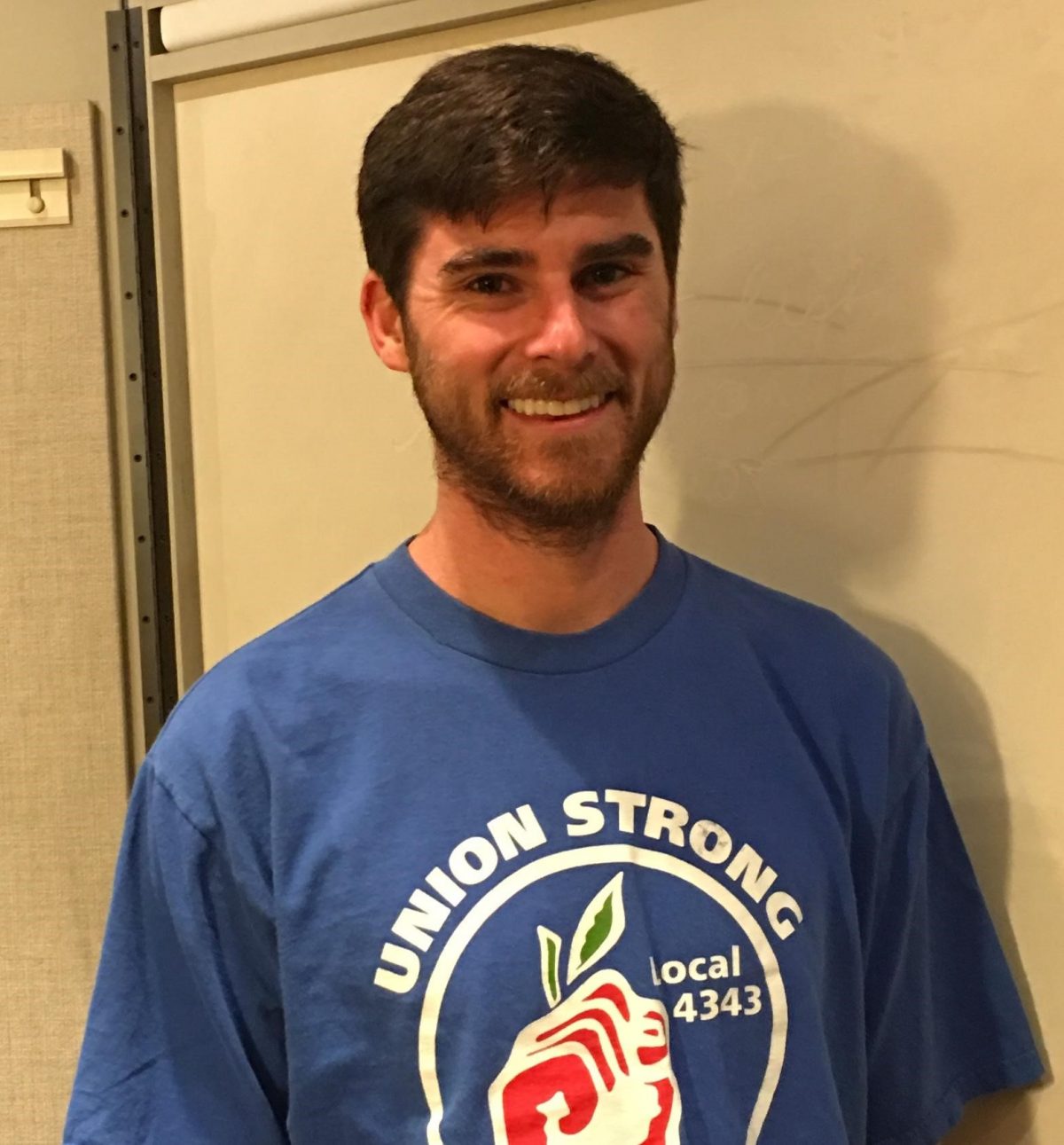 Andy Crooks is a Special Education Apprentice at Acero Cruz. Andy initially got involved to help advocate for PSRPs generally, and Apprentices specifically. He is driven by a desire to improve our schools by empowering all of our members inside their respective schools, as well as, by encouraging active union involvement. He’s happy to hear from members and work together to overcome the challenges we face. 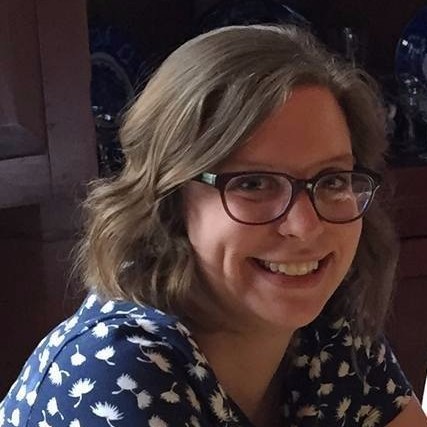 Martha is a 5th grade teacher at Acero Fuentes. She loves seeing the “light bulb moment” when students grasp a new concept and is constantly astounded by how much she learns from her students (way more than she teaches them). Martha is always working to make sure her classroom is learner focused and learner led. Martha was a CTU member during the 2012 CPS strike and saw the amazing ways unions can empower teachers on the picket line. After that experience, she became passionate about union work. After a few years at UNO, she stepped into a building representative position and has never looked back! Union work is a way for her to impact positive change in what can be an overwhelming educational and political landscape and a delightful way to connect with other professionals outside of her building. 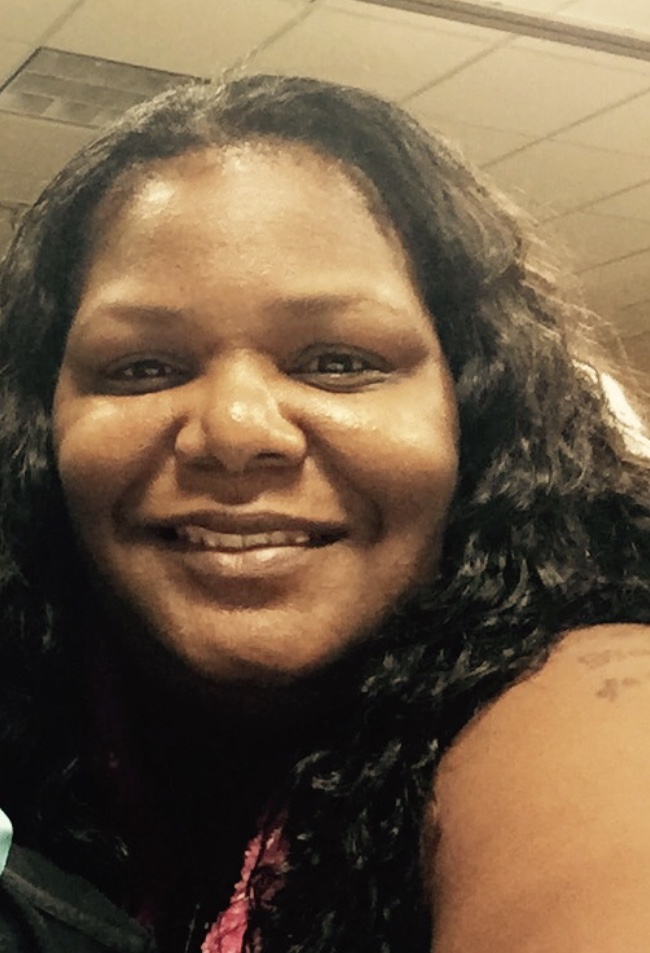 Daniria Dukes is a Special Education Apprentice at Daniel Zizumbo campus. She has been with the network since 2011. Her love of Education and teaching began back in 2002 while serving as a summer intern with Chicago Public Schools. Since then, she has remained in the education field in some capacity. Daniria decided to get involved with the union because she felt that apprentices needed a bigger voice. Since she has always been one to express herself and fight for her beliefs and rights, it was only right to get involved with the union. Daniria is ready to do all she can to make sure that our voices are heard.

Caroline is the Visual Arts teacher at the ACERO Schools Marquez campus. She has worked for ACERO Schools, formerly UCSN/UNO, since 2009 after receiving her Master’s of Art Education from Columbia College Chicago. In 2012, she began working with ChiACTS to organize Marquez and several other campuses to push the union forward. Caroline believes Acero teachers deserve to have a voice in our schools and the union gave us that voice. The progress she’s seen throughout the schools after two contract battles and multiple wins for our students and teachers strengthens the belief she has in our capacity to do great things for the betterment of our schools and the education of Chicago’s youth.