The committee awards academic scholarships to the children of Chicago Teachers Union members each year.

The awards are entirely unrestricted as to race, religion, political affiliation, or choice of accredited college, university, business, trade or vocational school. The applicant must a child of a currently employed, active member in good standing of Chicago Teachers Union, or a child of a deceased member who was in good standing with the Chicago Teachers Union at the time of death, and a high school senior who will graduate this year before August 31, 2023. Special education students are eligible for all scholarships and are encouraged to apply. Lack of college entrance exam scores will not impact eligibility.

Please make certain that the application is completed in full and that it is signed by the applicant and the parent or guardian so that membership can be verified before presentation to the Scholarship Committee of the Chicago Teachers Union Foundation.

The Following Information Must Be Submitted With This Application:

Incomplete Information Will Be Cause For Rejection

This application must be postmarked or delivered to the Chicago Teachers Union Foundation office before 5:00 p.m. on Monday, May 8, 2023. The completed forms should be mailed to:

This essay sheet is provided for your convenience.

CTUF Scholarships awarded in honor of…

Jacqueline Barbara Vaughn had the distinction of being the first female and the first African American president of Chicago Teachers Union. Elected in 1984, she served until her death in 1994. Under her leadership, the Union conducted the longest strike in Chicago’s history (19 days). Mrs. Vaughn also served as President to the Illinois Federation of Teachers from 1989 to 1994 and as a vice president to the American Federation of Teachers. She also initiated education reform and restructuring initiatives through the establishment of the CTU Quest Center.

Dr. Burroughs, taught for more than 20 years at DuSable High School. An artist, she shared with her husband, Charles, an interest in history and a desire to celebrate the achievements of African Americans. In 1961, using their own collection of art and artifacts, Mr. and Mrs. Burroughs established a small museum in three rooms on the first floor of a large house they had recently bought on South Michigan Avenue. Originally called the Ebony Museum of Negro History and Art, it was renamed in 1968 to honor Jean Baptiste Point Du Sable, the black settler considered the first permanent citizen of what would become the city of Chicago.

Robert Healey was CTU president from 1972 to 1984. His tenure at the helm of the Chicago Teachers Union led to paid vacations for teachers and the introduction of class-size limits. Later, he became president of the Chicago Federation of Labor and reinvigorated the group to involve more than 300 unions and locals and presided over its subsequent rise to political prominence.

Beatrice Lumpkin became a community activist as a high school student in New York. Thanks to a long life and a strong love for people and justice, she has enjoyed more than 80 years of activism. Beginning her career as a high school mathematics teacher, Bea, as she is affectionately called, retired her career in 1990; but continues her activism. Mrs. Lumpkin was recently honored at the 100th anniversary of the American Federation of Teachers as one of its oldest advocates. At 100 years of age, Bea can still be seen marching at Union rallies, and remains interested in multicultural education, and re-inserting into the curriculum the contributions of people of color, women and working people.

Mary Herrick taught high school from 1922 to 1965. She was actively involved in the teachers’ union movement, commencing this service with her membership in the Federation of Women High School Teachers, 1923 to 1937, and serving as its president from 1933 to 1936. Ms. Herrick became chairman of the Joint Board of Teachers Unions which formed the basis of the Chicago Teachers Union. She served as a vice president of the American Federation of Teachers. Mary Herrick was the first editor of the award winning Chicago Union Teacher newspaper and a prolific author of many printed papers and pamphlets, with her most notable work being The Chicago Public Schools.

Ernestine Cain Brown was a functional vice president teacher assistants and a staunch advocate for Paraprofessional and School Related Personnel. Ernestine served on the PSRP Committees of both the Illinois Federation of Teachers and the American Federation of Teachers. Appointed assistant to the president for paraprofessionals, Mrs. Brown became a member of the negotiating team where she was instrumental in initiating the career ladder for teacher assistants.

David Peterson taught 7th and 8th grades in CPS. His tenure with the Chicago Teachers Union began as a field representative. Later, as legislative director, David quickly became one of the most respected lobbyist in Springfield. He knew that politics and the legislature had a direct impact on the lives of teachers and education workers, and also understood how to convince legislators about the validity of passing good legislation and defeating harmful proposals.

John Desmond was CTU President from 1966 to 1972. He negotiated the first written contract for Chicago teachers. It was considered a model contract and its provisions were written into other teachers’ agreements around the country. His tenure was marked by three-cornered battles waged by the union, the Chicago Board of Education and the Illinois General Assembly over the Chicago school budget. In his six years in office, starting salaries for teachers increased by $4,000. Following his presidency, Mr. Desmond served as a lobbyist for the union.

Geoffrey Jennings taught woodshop, drafting and architectural drawing in CPS from 1961 to 1993. He was a proud CTU member and an ardent supporter of the Industrial Arts. He worked tirelessly with his students at Parker (now Robeson) and Kenwood to promote vocational education as a complement to “academic endeavors.” His students won citywide competitions for their creative and innovation designs and executions of those designs, beating schools with much better resources than afforded his students. Mr. Jennings, who died in 1997, is the father of former CTU President Karen GJ Lewis.

Bill Buchanan was a Chicago Public Schools teacher for twenty-four years, teaching at Farragut and Foreman High Schools. He then earned his National Board for Professional Teaching Standards in Mathematics and became an Academic Coach for other math teachers throughout Chicago. He held a firm commitment to public education and his compassion touched the lives of thousands of students. Bill Buchanan’s serious regard for his students’ futures made him highly respected by colleagues and students alike. 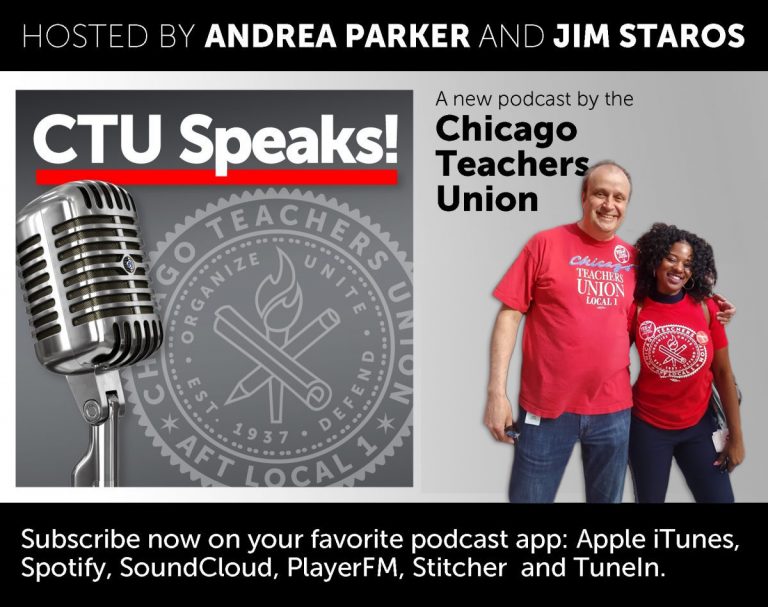