A Just Chicago: Fighting for the City Our Students Deserve 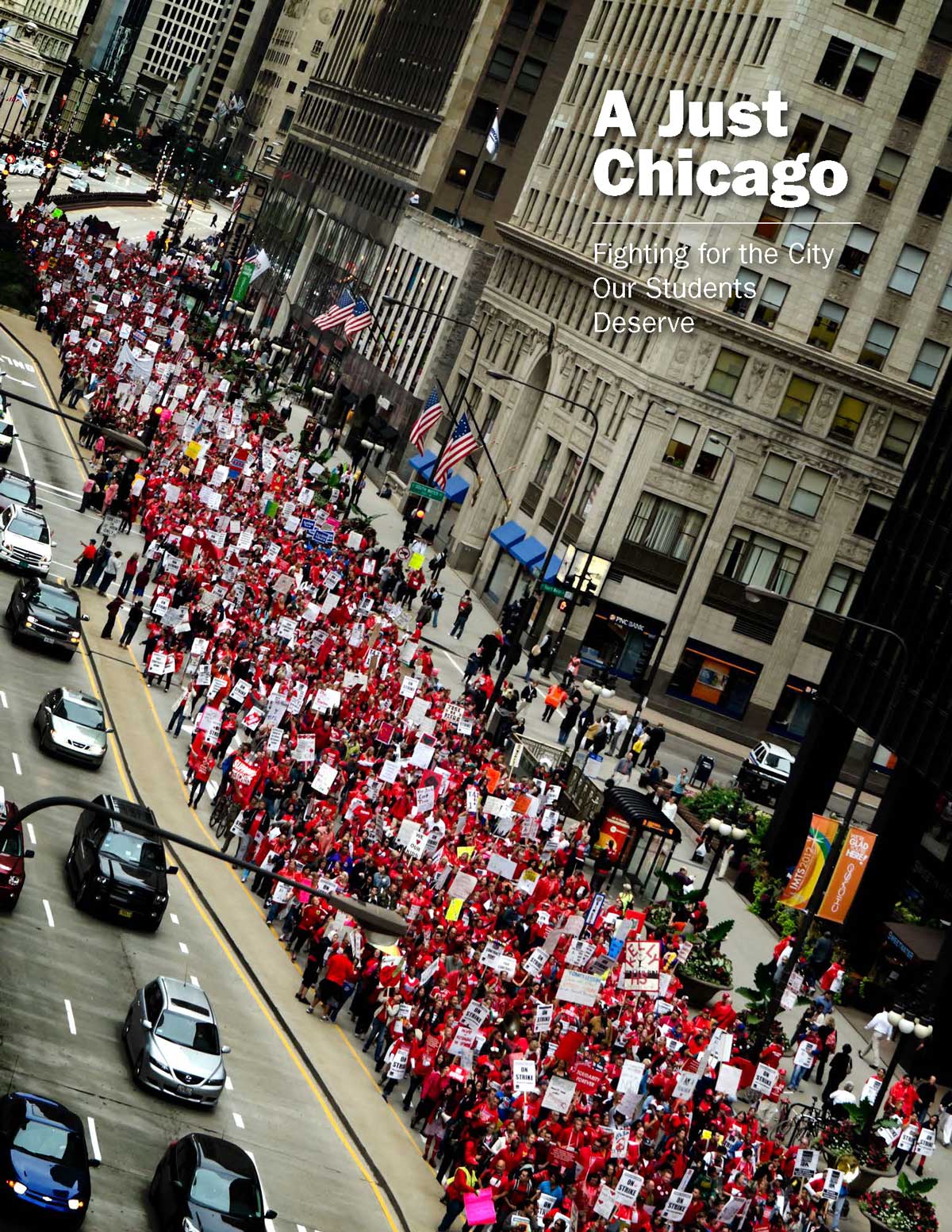 Institutional racism, poverty, systematic underfunding of education, and their effects lie at the heart of problems in education. Yet, there is a complete lack of political will to even discuss, much less begin to solve, these fundamental issues. Instead, city leaders continue to privilege a small select group, while ignoring community voice and needs. The results are aggressive downsizing of city assets and services, major giveaways to connected bankers and corporate leaders, and implementation of destructive school policies that will take years to reverse.

A Just Chicago: Fighting for the City Our Students Deserve details the intimate connection of health, housing, jobs, segregation, and funding to education. This report describes city policies that negatively impact CPS students, their families, and communities. Contrary to Mayor Rahm Emanuel’s destructive narrative and approach to education policies, CTU demonstrates that challenges in housing, employment, justice, and healthcare relate directly to education; solutions require a narrowing of the opportunity gap brought on by poverty, racism, and segregation.