MENUMENU
Home > Posts > Why a Bank of America Boycott Is Necessary

Why a Bank of America Boycott Is Necessary 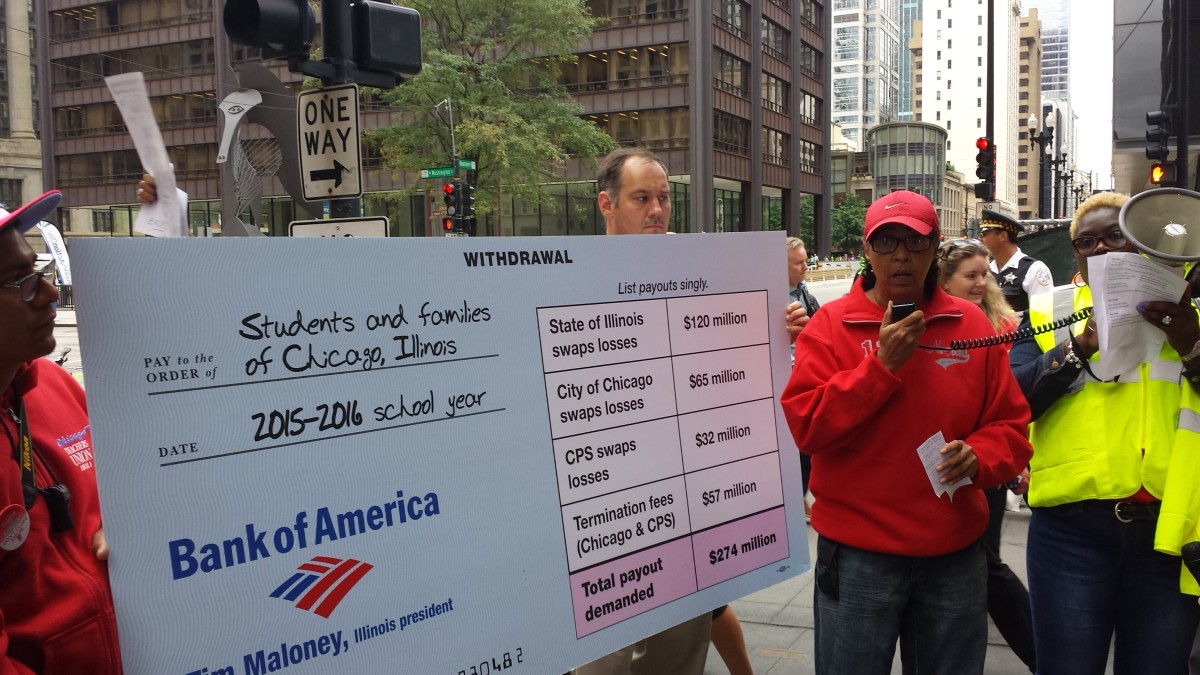 Like other big banks, the history of Bank of America (BofA) has documented ties to slavery. Several of their predecessor banks had ties to slave-owners, even accepting slaves as loan collateral.[1] But what joins the history of big banks like BofA to the institution of slavery isn’t a matter of documented names, but the historical fact that American finance was built on foundational theft, of profits from slave labor.[2] Throughout this history, the banks have made sure to offload investor risk while still collecting interest. In the past the risk fell on the slaves who labored faster to ensure expected profit rates to their owners and interest rates to lenders, while for this era’s financial crisis, it has fallen on struggling homeowners through the destruction of their assets and middle-class security.

In the aftermath of the Great Recession, as the financial security of our school system deteriorated, Bank of America profited from its toxic debt deals with the city and school district. The CPS budget for this upcoming school year has been slashed by over $200 million, much of it affecting services to our neediest students. Meanwhile, financial institutions like BofA are imposing over $200 million in penalty fees on CPS from toxic swap deals, deals from which the banks have already reaped hundreds of millions from the CPS budget over the years. However, it’s not only with these toxic swap contracts that BofA shoulders our society with all the risks as they earn profits.

From the Financial Crisis to Everyday Predation

Bank of America was the lead bank in originating subprime loans and home foreclosures. The mortgages that banks like BofA bundled into larger loans to sell to investors shielded the banks from risk, while creating the conditions for a toxic asset bubble that inevitably crashed down on the backs of homeowners and the wider economy. BofA also had the worst record in providing relief to customers through the government’s Home affordable Modification Program. Instead of…

Read the rest of Why a Bank of America Boycott is Necessary at A Just Chicago.