CTU rank and file at 15 charter schools vote overwhelmingly to approve contract in wake of first strike of charter operator in U.S. history. CHICAGO—CTU teachers and paraprofessionals in the Acero/Uno charter network have voted overwhelmingly to ratify a new contract...

Picketing continues at 15 UNO/Acero sites, culminating in a rally downtown at the Chicago Board of Education.

It’s official: over 500 CTU members at 15 UNO/Acero charter schools are on strike—the first strike of a charter operator in U.S. history. Our educators are fighting for more resources for our students, and better working conditions for our educators. Management...

First strike of a charter operator in U.S. history comes as management discloses it’s flush with cash on final day of bargaining—but refuses raise for paraprofessionals equal to cost of living increase. 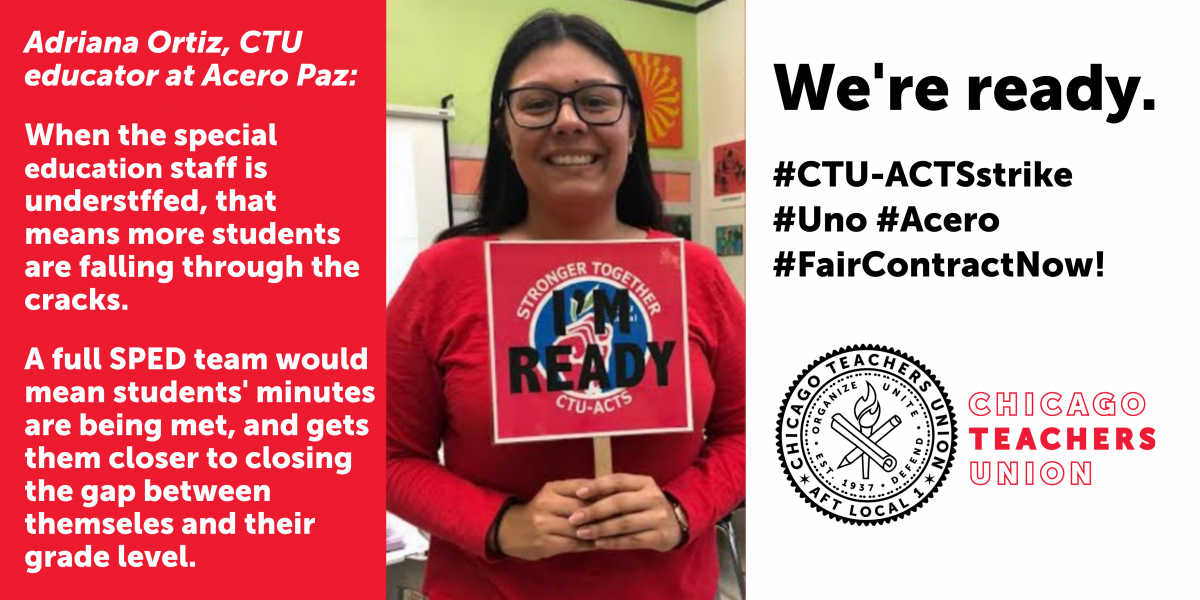 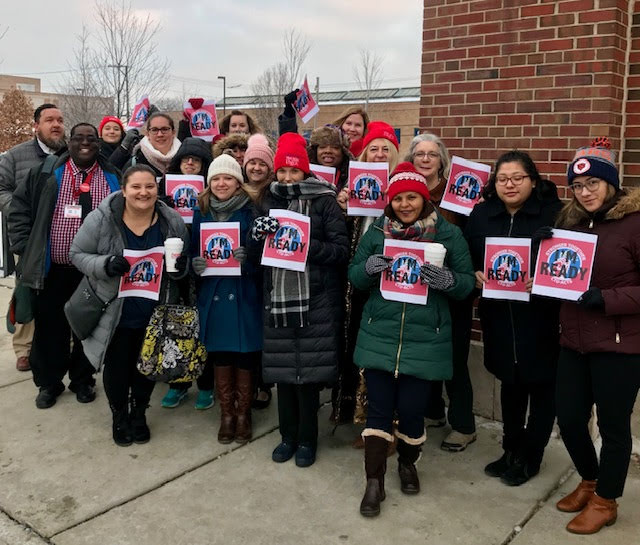 Support our Acero charter CTU members as they prepare for Dec. 4 strike!

CTU members at Acero charter schools have set a strike date of Tuesday, Dec. 4, in the battle to raise standards at Acero and across the charter industry, and undercut charter operators’ exploitation of public dollars for private gain.

Dear Sisters and Brothers of CTU-ACTS, Our members at Acero (formerly scandal-prone UNO) have voted 98% in favor of authorizing a strike and set a date for December 4th! Our members at CICS schools also voted to authorize a strike by 96%! We have not announced a date...