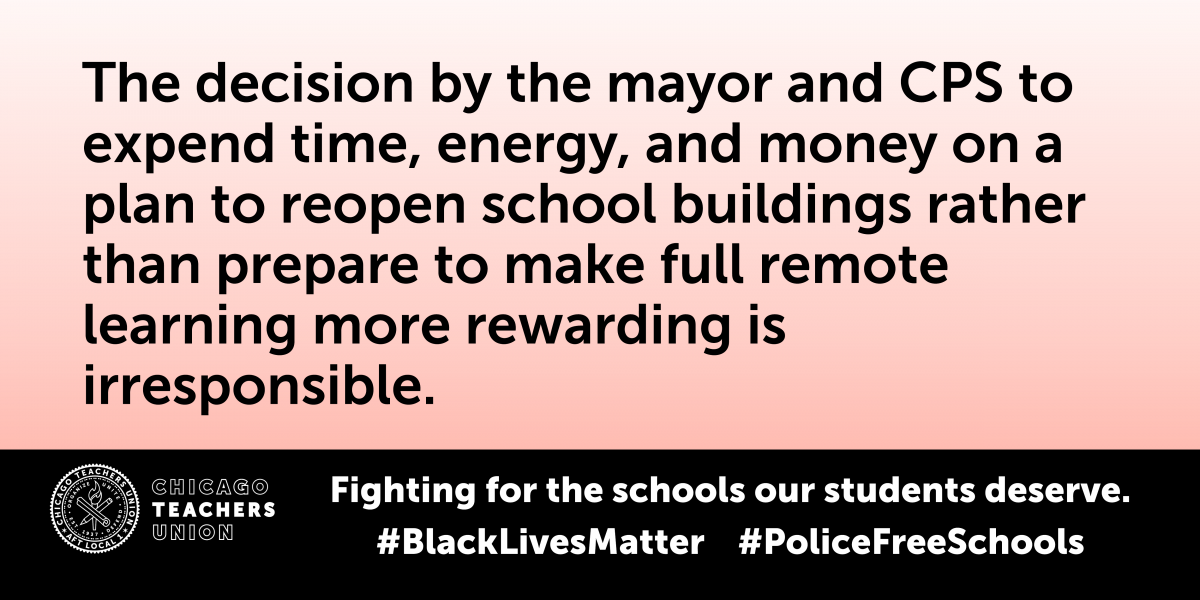 CTU on CPS reopening framework: We should open with remote learning in the fall 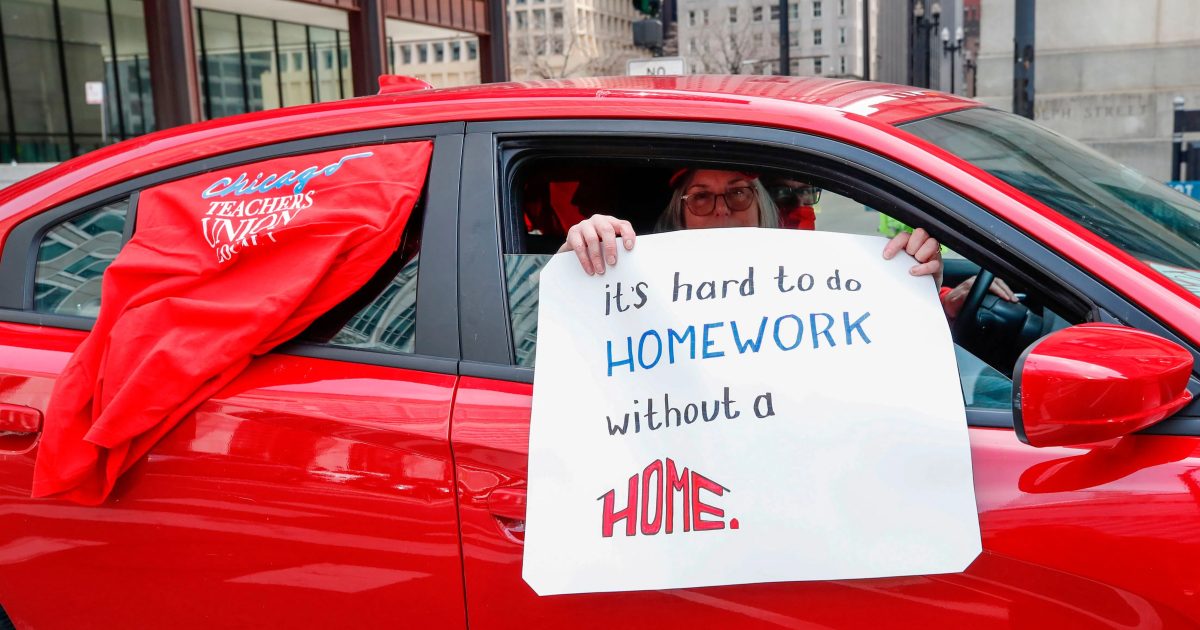 Ride for Recovery: Taking back our streets and fighting for the many, not the few

We are all fed up with cabin fever caused by quarantine, the disappointing inadequacies of remote learning, and growing economic insecurity. But we must keep fighting to ensure a true recovery for the many, not the few. 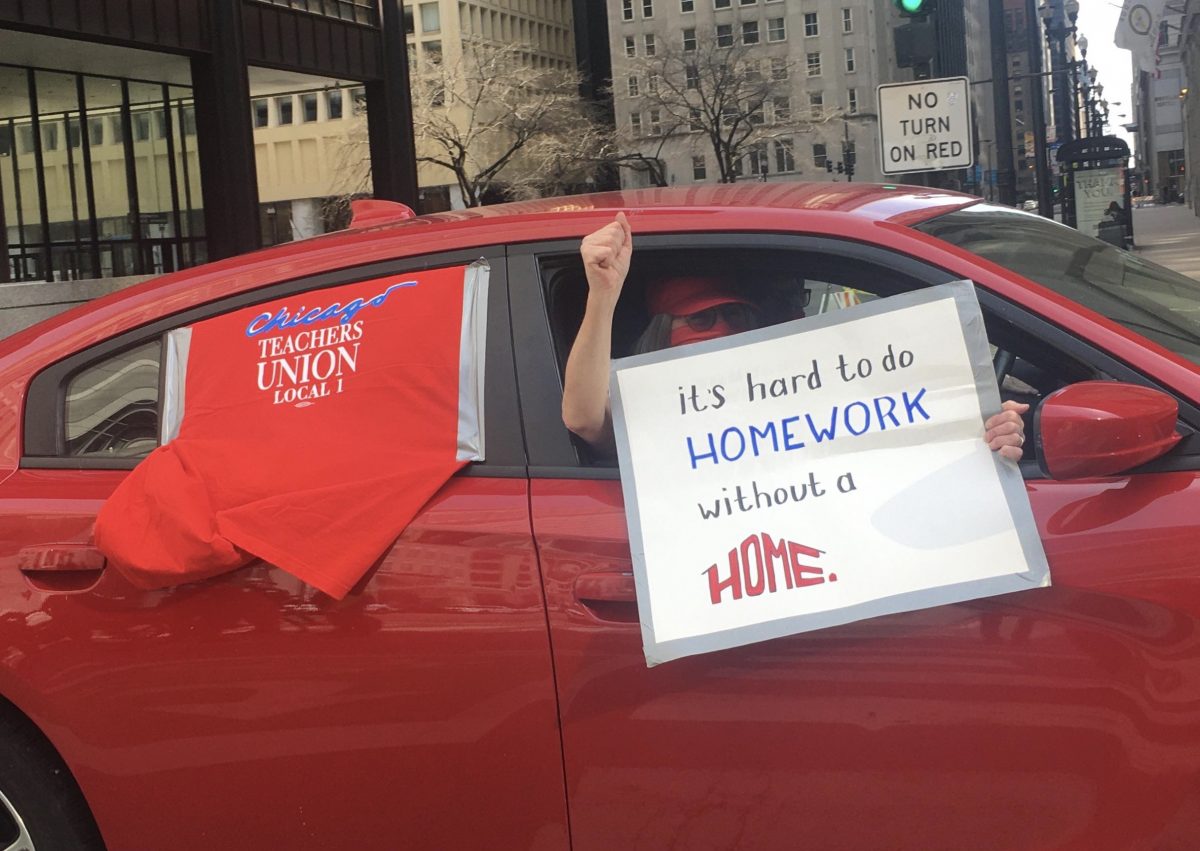 The Right to Recovery 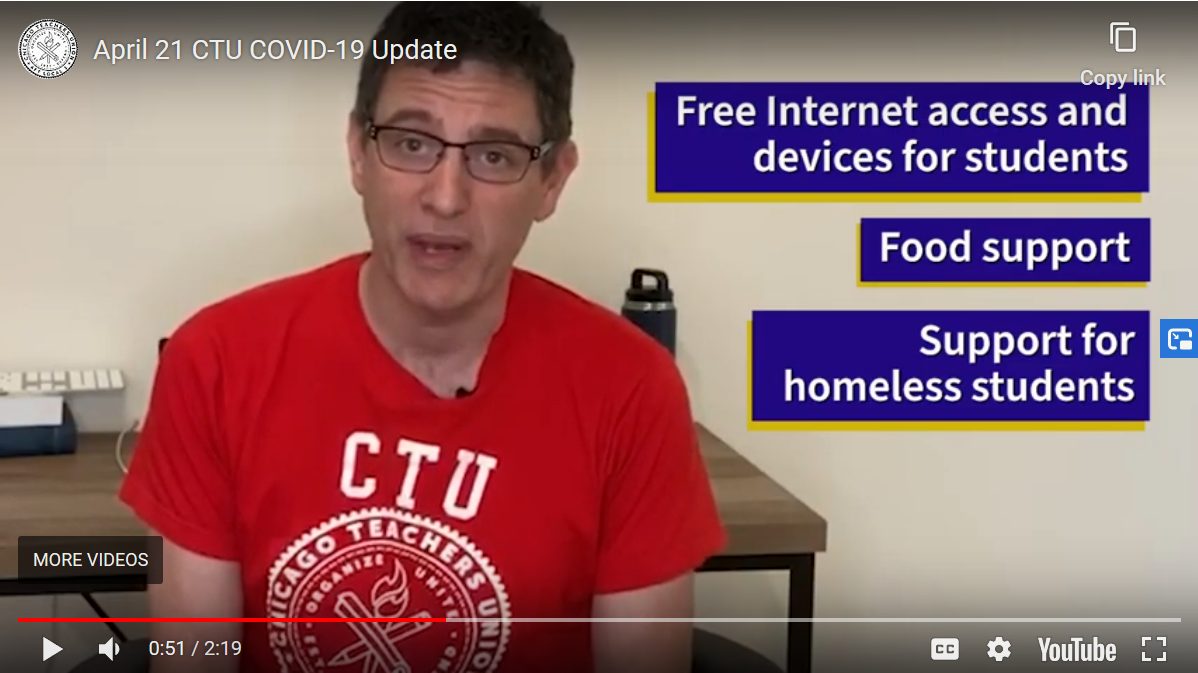 A Video Message from President Sharkey

President Sharkey reports in this video on the Union’s work to advocate for our members and fight for our students and their families. 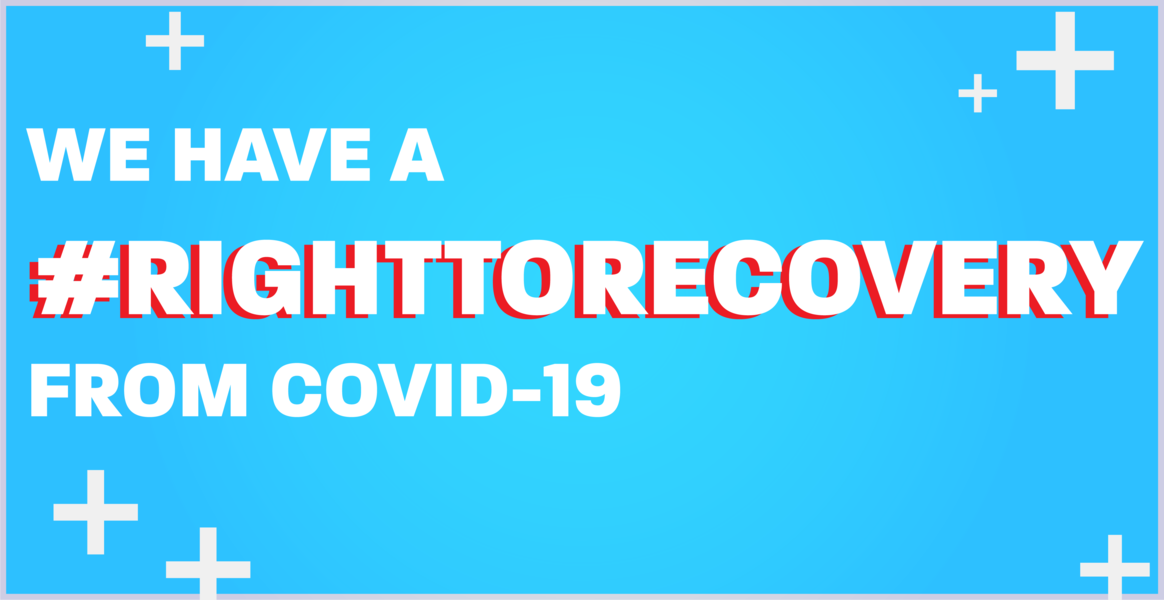 “I am Karen Lewis, president of the Chicago Teachers Union. I am joined by fellow officers, Vice President Jesse Sharkey and Financial Secretary Maria Moreno. We are also joined by a group of rank and file teachers—all who are obtaining their national board certification, which is one of the highest distinctions in the nation for our profession. And contrary to the governor’s beliefs, all of whom can read, write, add, think…and vote him out of office.

“On Monday, August 29th, CTU members—teachers, paraprofessionals and clinicians—will report to their schools and classrooms. They will be returning to work without a labor agreement amidst severe budget cuts and threats to their profession, income and benefits.

“Our members are returning to more than 500 school buildings that are filthy due to bad CPS outsourcing; with contaminated pipes that may have exposed children and employees to lead poisoning; and in a climate where random gun violence and neighborhood conflicts have gripped significant parts of our city in fear.

“Our members are returning to campuses where their colleagues have disappeared, by no fault of their own, but because of mandates from the Board that principals reduce positions and cut school budgets to the marrow. Fewer employees—including teachers’ aides—mean enormous class sizes. The more students in a classroom mean fewer minutes of personalized instruction for each student.

“And, though educators have already returned about $2 billion in salary and benefits to the district, with $100 million being returned this year alone, we are being asked to give more when there is nothing left to give. Understand that budget cuts impact students; they include cuts to programming, staffing and services.

“Our special needs students have been hit the hardest, and CPS continues to gut special education at record speed. Even as children are impacted by post-traumatic stress disorder due to rampant violence and death—including police shootings caught on video—CPS reduces social workers, school psychologists and nurses.

“Veteran educators, many of whom are nationally board certified, have been driven out of the district, out of our city, and some, out of the state. Just as highly skilled public university professors are being driven to smaller school districts in Florida and elsewhere, we are seeing teachers and good principals leaving CPS in record numbers. People go where they can engage in their profession, have significant impact on students and where their careers aren’t threatened at every turn.

“The CTU has also been very clear—CPS is broke on purpose. Instead of chasing phantom revenue in Springfield and in between the seat cushions of Chicago taxpayers, Mayor Emanuel and the Chicago City Council can show true leadership and guts by reinstating the corporate head tax, declaring a TIF surplus and fighting for progressive taxation that would pull in revenue from the uber-wealthy in our city and state. The rich must pay their fair share.

“Chicago’s teachers are required to live in the city of Chicago. This means the mayor is telling us that even though he has stolen our raises, cut our benefits such as steps and lanes, and now threatens an even further pay cut of 7 percent, as taxpayers we must pay more and more and more for everything under the sun. None of that new revenue, however, will even go toward schools. This is absurd thinking.

“That is why the Chicago Teachers Union will attend all CPS budget hearings and call for truthful and fair taxation for CPS schools. Our members will do what they do best—educate the public, including parents, about the lies within CPS’ funding formula, the Board’s budgeting process and why the school district continues to cry broke.

“Cuts to our pay and benefits must be negotiated. We have been bargaining in good faith since the middle of last year and we have yet to come to an agreement. At some point a line has to be drawn in the sand.

“Chicago teachers do not seek to go on strike. We want to return to clean, safe, resourced schools. We want a fair contract. We will continue to partner with parents and community residents in fighting for the schools our students deserve.

“But we will not accept an imposed pay cut.

“To parents, play close attention to what is going on over the next few weeks so you can be prepared should CPS force educators back on the picket line. To CTU members, please continue to save as much money as you can.

“We do not know if Mayor Emanuel can stand another teachers strike, especially at a time when confidence in his leadership is at an all-time low, and when the city is in an uproar over another police shooting of an unarmed African-American youth.

“Do not force our hand.”