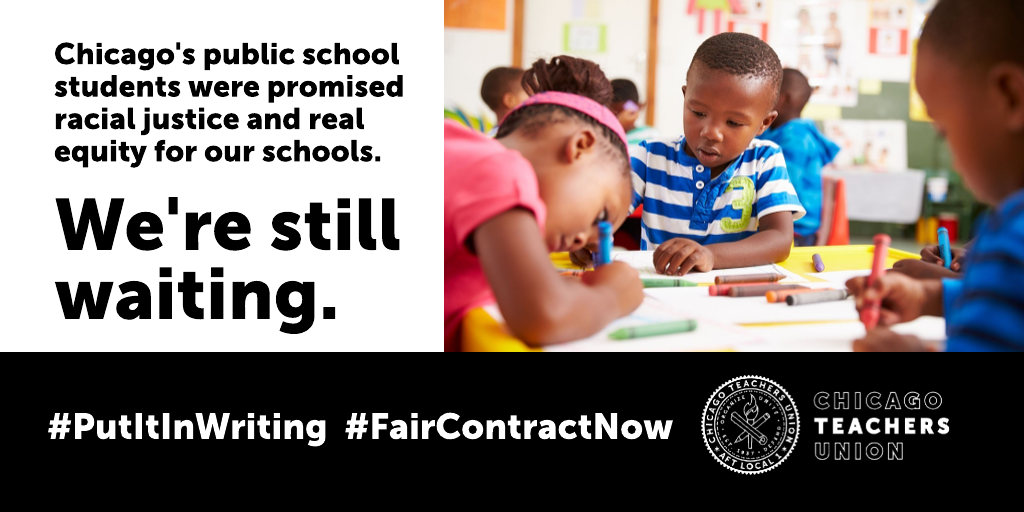 Board of Ed President del Valle signs pledge to advocate for needs of school district’s most vulnerable learners, as Chance the Rapper sends shout-out to CTU strikers from SNL. CHICAGO, October 27, 2019—With Saturday’s bargaining session stretching over fourteen hours... 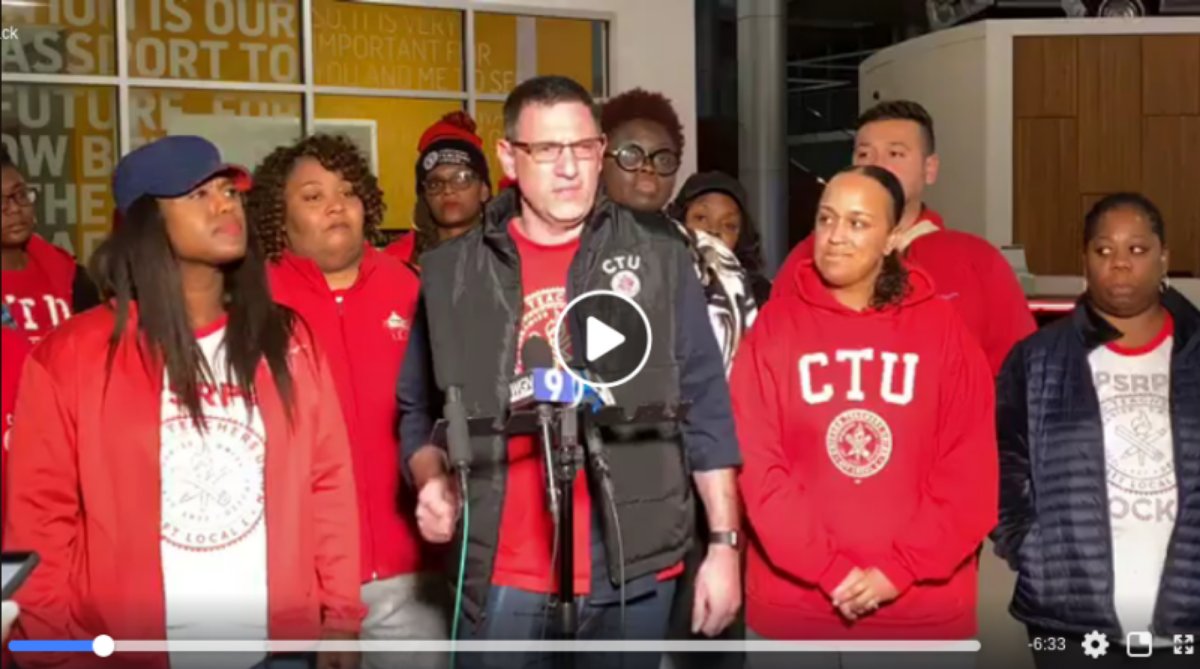 The day started with a Union Park rally and Board of Education President Miguel del Valle pledging support for our special education demands. Our team bargained until about midnight with the Board and announced that our contract demands would cost less than half of one percent of the Board’s budget to settle. Tomorrow, Rev. Dr. William Barber stands with CTU and SEIU 73 and we’ll hold a TeleTown Hall with members Sunday night. 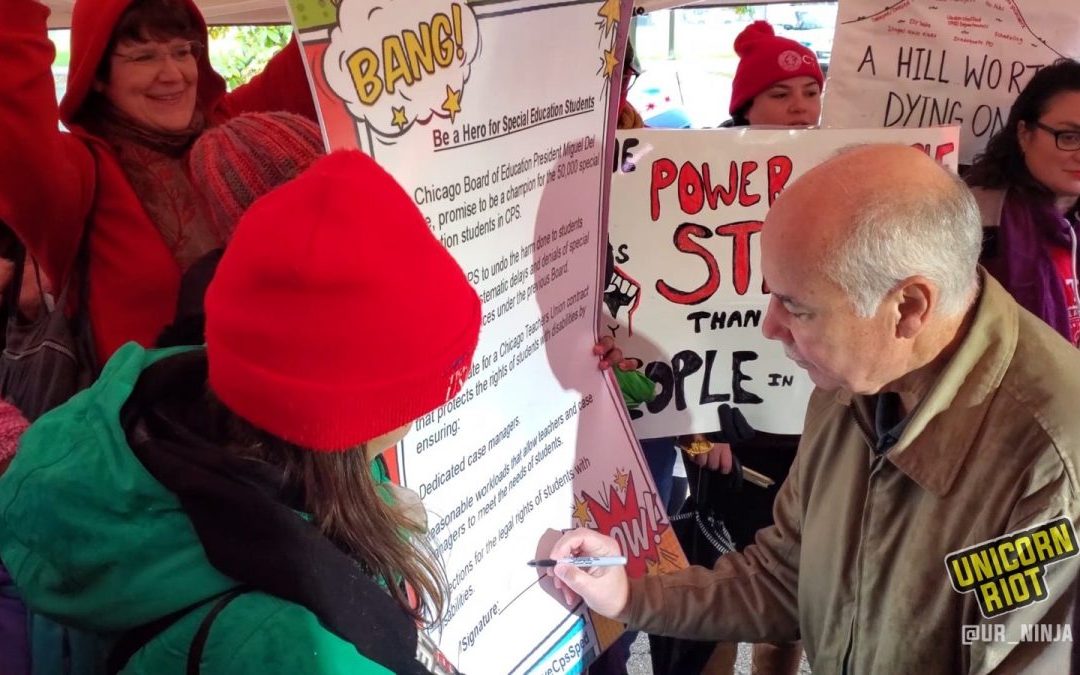 CHICAGO—The Chicago Teachers Union (CTU) issued the following statement in response to the Chicago Public Schools (CPS) announcement of more than 200 educator layoffs—187 CTU members—due to 20th day enrollment. The cuts come at a time when Chicago’s educators have authorized a strike and are set to shut down the schools on Tuesday, Oct. 11 if no labor agreement is reached with the Chicago Board of Education and City Hall.

Teachers have vowed to protect their profession, schools and students by engaging in the third teachers’ strike since Mayor Rahm Emanuel took office in 2011. The CTU contends CPS can avoid a strike, but the mayor and Board of Education lack the moral will to fund the city’s public schools. Hundreds of untapped money waits in the mayor’s tax increment financing (TIF) slush fund that benefits wealthy developers and political donors.

“Today’s cuts are the latest round of attacks on children and are pushing educators closer to Chicago’s third school strike in four years. School budgets are down more than 6 percent this year—a loss of $184 million—on top of years of sacrifice by our students, educators and schools, amounting to more than $2 billion in give backs. Compared to 2015, budgets are down by $300 million, 9.5 percent less than what district schools received two years ago, and the children are paying the cost. This is unacceptable and no way to run a world-class school district,” CTU spokeswoman Stephanie Gadlin said.

“As teachers continue to work to maintain the best classroom instruction amidst piecemeal budgets, the mayor and his handpicked CPS CEO Forrest Claypool continue to rob students of essential support staff and educators whom they’ve known and trusted in learning environments. In addition to disruption from the loss of personnel, special education, wrap-around services and bilingual education also are being cut.

“With more than 1,200 layoffs since January, and nearly 1,500 since Claypool’s appointment, the mayor and the CPS CEO are choosing to take even more from the students, educators and families who have already sacrificed so much.”

On Wednesday, the CTU House of Delegates will convene to mobilize for a possible Oct. 11 teachers strike. School leaders will discuss the next phase in contract negotiations and determine logistics should educators be forced into a work stoppage. The CTU and Board of Education negotiation teams are set to meet three days this week to attempt to settle a contract. The CTU issued a 10-day—calendar day—notice on September 29.