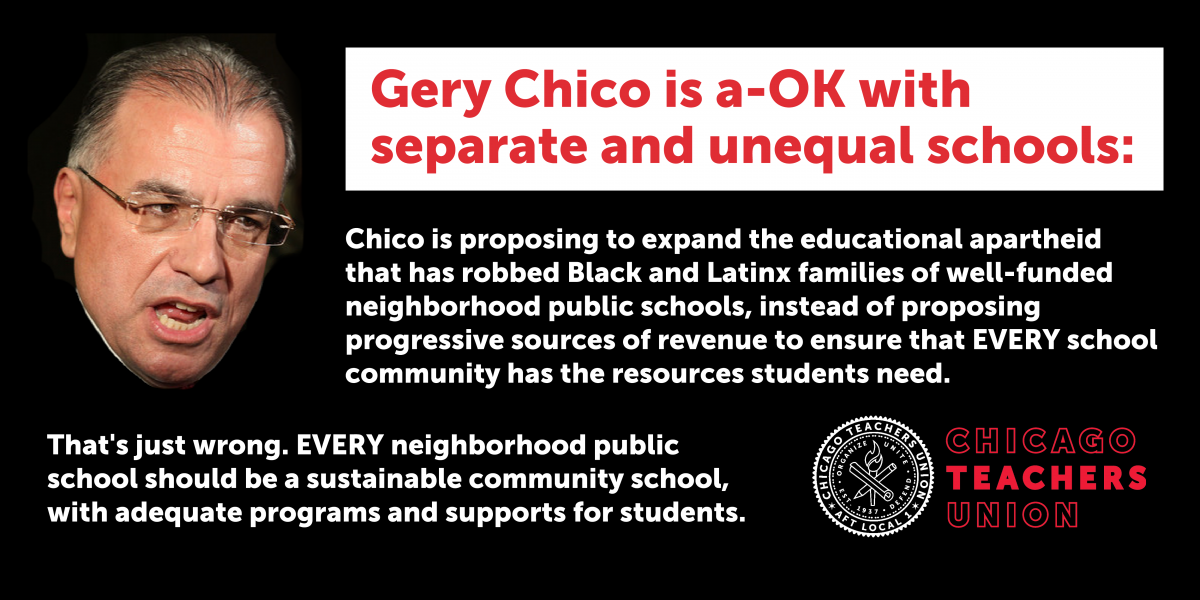 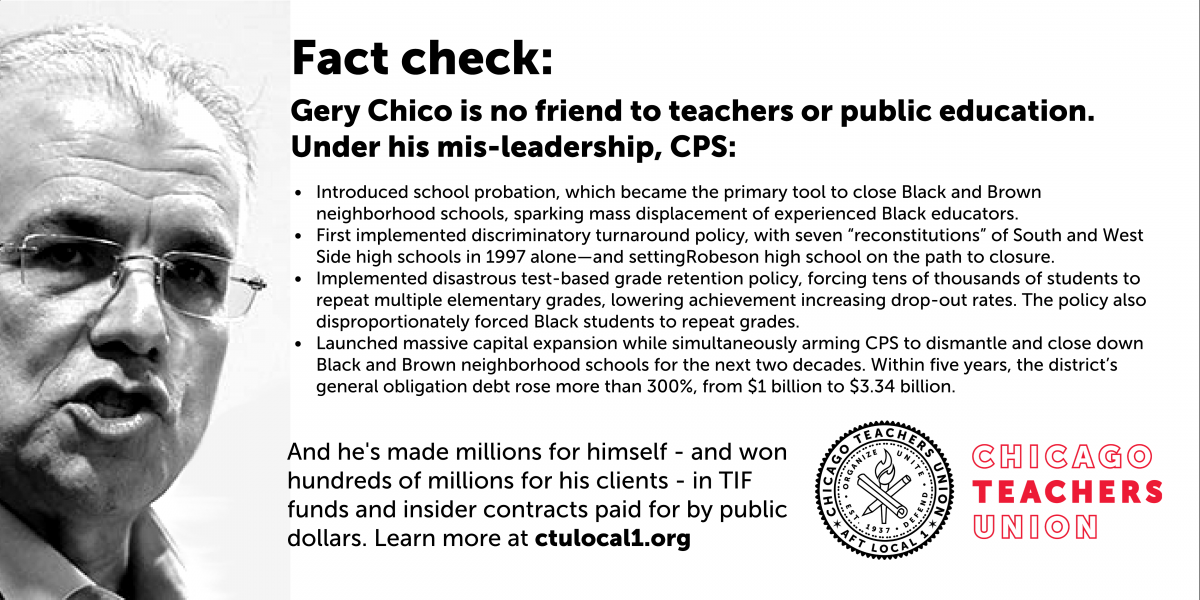 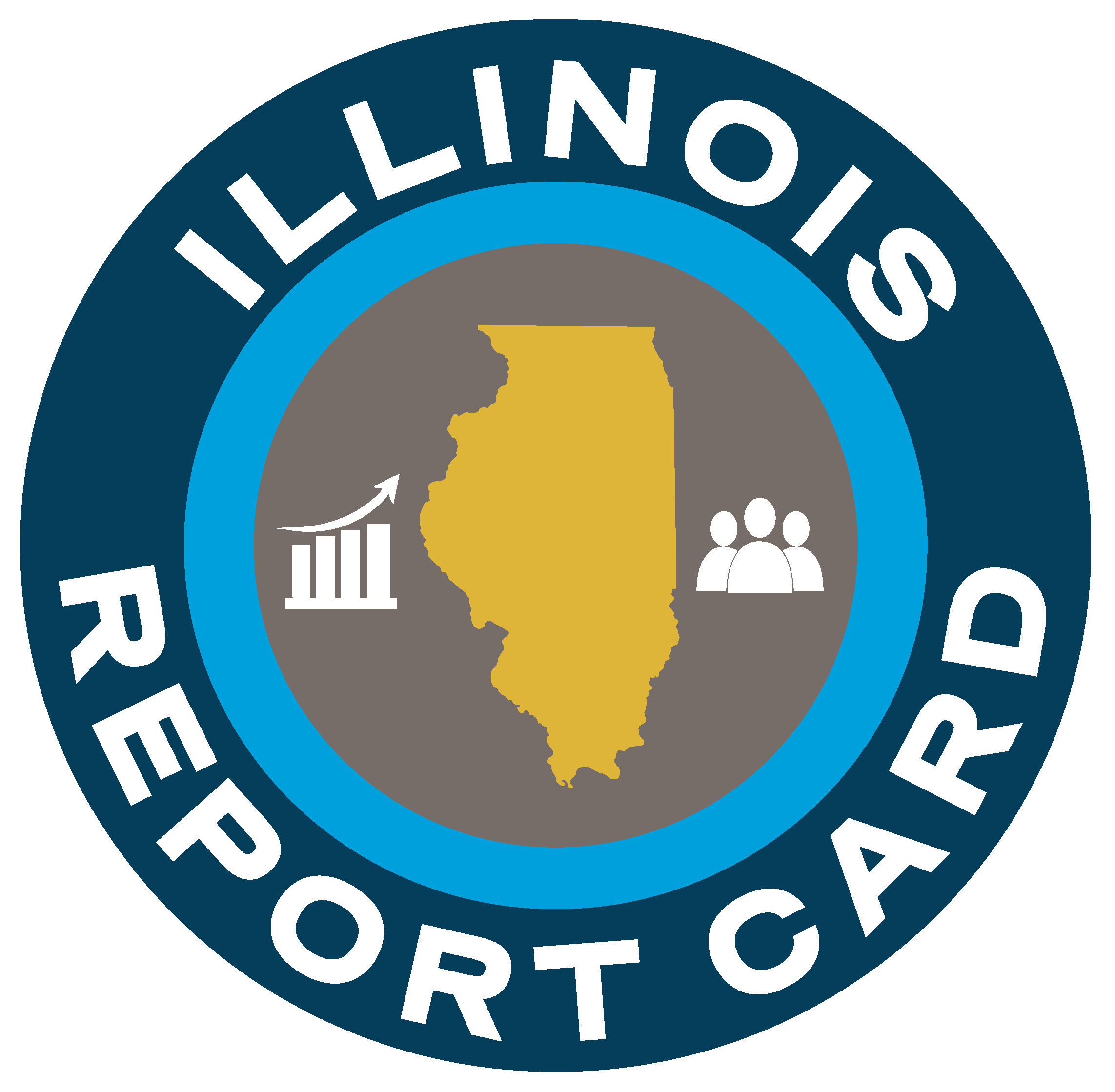 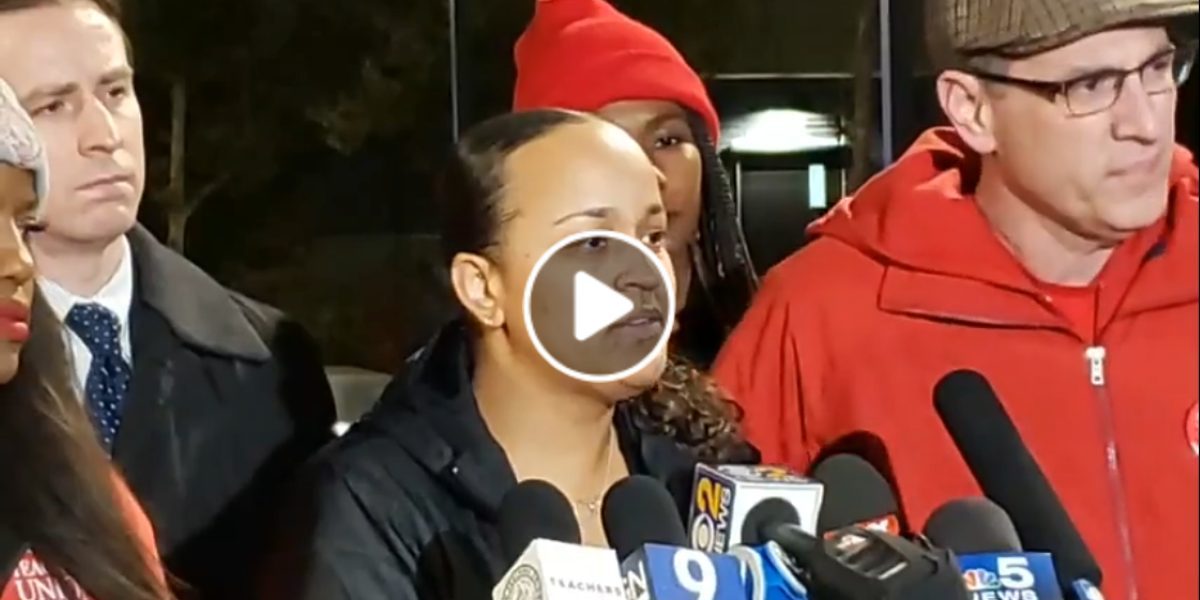 Solidarity from Biden, Warren; pushing back on the mayor’s standstill

Support continues to pour in

Today, strikers received support from presidential candidate Sen. Elizabeth Warren, who chose Chicago to highlight her education plan because she sees the struggle of our union as exemplary of the problems and the solutions our entire country needs. As Senator Warren stood beside AFT President Randi Weingarten, President Sharkey got a call from Vice President Joe Biden pledging his support to the CTU's cause.

Later in the day, our rally at Dyett HS was addressed by Weingarten and community leaders like Dyett hunger striker Jitu Brown of the Kenwood-Oakland Community Organization and Journey for Justice. In addition, statements of support continue to come in from other unions, from education organizations and from individuals and groups around the country and even the world. Keep up the fight, we’re inspiring people everywhere.

While the mayor obstructs, coaches instruct

As Mayor Lightfoot’s ultimatum halted actual bargaining, coaches from around the city testified to the CPS bargaining team about the lack of equity and investment in sports programs across the city. Our bargaining was moved by their descriptions of students not having transportation, resources, uniforms or coaching staffers to put them on a fair footing with teams in the suburbs. Their emotional testimony was met with silence from the other side of the table.

As we prepare for the mayor’s budget speech tomorrow, we expect to hear more talk of “austerity.” We cannot accept more speeches about what we don’t have. We are using our collective power to stand up for ourselves as well as for our entire city. The city has resources, it can make choices to meet our reasonable demands for a district that is 90 percent Black and Brown and almost as much low-income.

The Board did present new details on class size and opened the door to more protections, but has still offered little money to address the sheer scale of the problem. The officers will bring this new information to the entire bargaining team, including rank-and-file members, to discuss when they reconvene tomorrow.

Talks broke down late Monday night over many of the same issues prominent in our district contract fight—including English Learner supports and counselor and social worker staffing. And Passages educators make, on average, 25 to 30 percent less than CPS district educators. Meanwhile, the CEO of Passages—who only manages one school—takes home as much annual pay as Janice Jackson, CEO of the entire CPS district.

On day one, CTU President Jesse Sharkey walked the Passages picket line and addressed the media alongside strikers. Then Passages striker Ann Stella-Tayler accompanied Sharkey to DePriest Elementary, where she spoke alongside President Weingarten and Sen. Warren about the problems with charter schools and at Passages specifically. Passages strikers were also joined by a delegation of 35 union flight attendants, who came out to show their solidarity.

On Wednesday morning, members will join one of four marches that will converge on the mayor as she gives her annual budget address. Details are below.

United for our schools

Our presence downtown on Wednesday is about our contract fight for the schools Chicago’s students deserve. It is not about police. As previously stated, our goal at the rally is to elevate a simple message: “the city is not broke, its priorities are. Instead of using taxpayer money to line the pockets of wealthy developers, those resources should be going to fund the schools that Chicago’s students deserve. If the mayor exercised her authority to declare a TIF surplus, for example, she would have enough money to fully fund the CTU’s contract demands.”

This rally is especially important as Mayor Lightfoot escalates by stonewalling negotiations at the table. Please do not let internet disinformation campaigns prevent you from fighting for your contract.

And we are encouraged and inspired that other organizations are fighting alongside us as part of their own efforts to push for these demands.

Fake news cannot stop us. We will fight and we will win for the schools our students deserve.

On Strike? Got Federal Student Debt?

There is relief for federal student loan debt available to striking AFT members.

Here’s what you need to know:

If you have federal student loan debt, you should know that income-driven repayment plans are an option for your student loans.

IDR plans are repayment plans where your monthly payment is based on your adjusted gross income and family size, rather than how much you owe. When you are in a period of low or no pay—whether because you are on strike or for any other reason—this can be especially important.

When your income is low or zero, your payments through these plans can be as low as $0 a month, and you will continue making progress toward Public Service Loan Forgiveness (PSLF) and other loan forgiveness even while making $0 payments.