The Union has won an appeal of an IDEAS ruling that found PSRPs whos chose to spread out their 10 month’s of wages over 12 months ineligible for unemployment. Also, please remember teacher assistants and SECAs are only allowed to be used as substitutes for up to 60 minutes and only in the case of a temporary emergency.

Half price tuition for Bilingual and ESL endorsement programs, thanks to our contract wins

We won a big benefit for teachers seeking a Bilingual or ESL endorsement in our successful 2019 strike. Teachers who are interested in going back to college starting in 2021
to obtain their bilingual and/or ESL teacher endorsement can attend classes at half price. 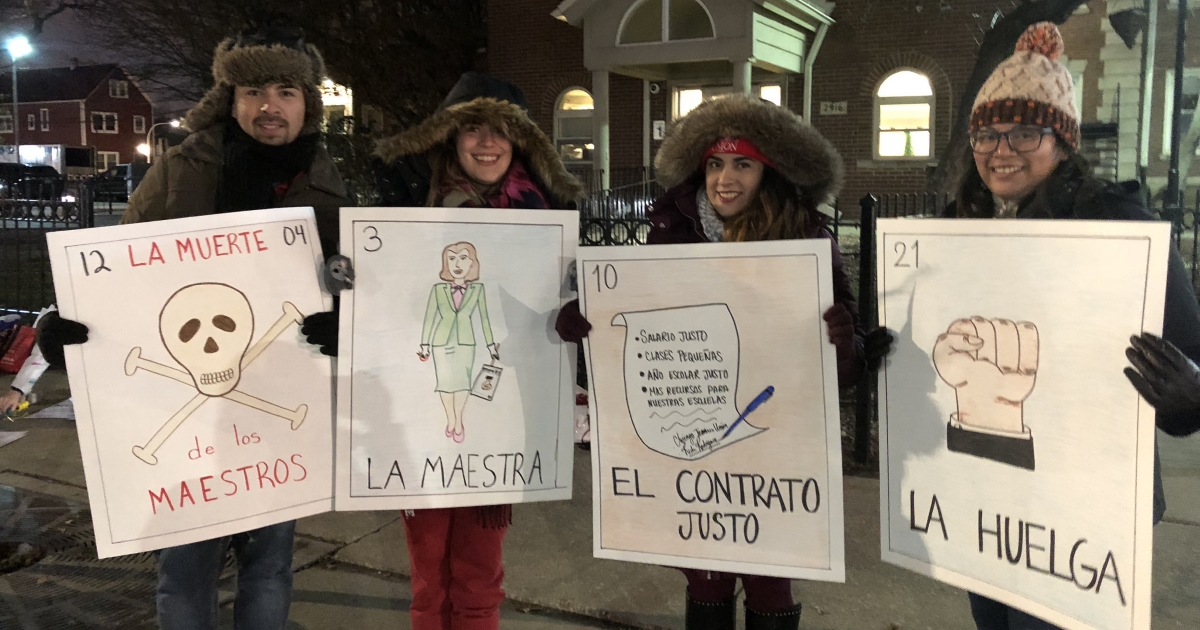 The deadline in 2020 is Friday, June 12 for stipends won in our latest contract for language interpreters in IEP meetings.

10A TODAY, Sat, Oct. 19: Rally—Safe Staffing in Our Hospitals! Clinicians In Our Schools! Douglas Park, Ogden and California, across the street from Mt. Sinai hospital. SEE BELOW for full Saturday schedule. At last, CPS shows willingness to bargain on key equity...

The CTU’s proposed structure is designed to phase in real equity for students who are routinely denied access to school nurses, social workers, other desperately needed staff. Livestream of today’s CTU announcement is at this link. CHICAGO, Oct. 12,... 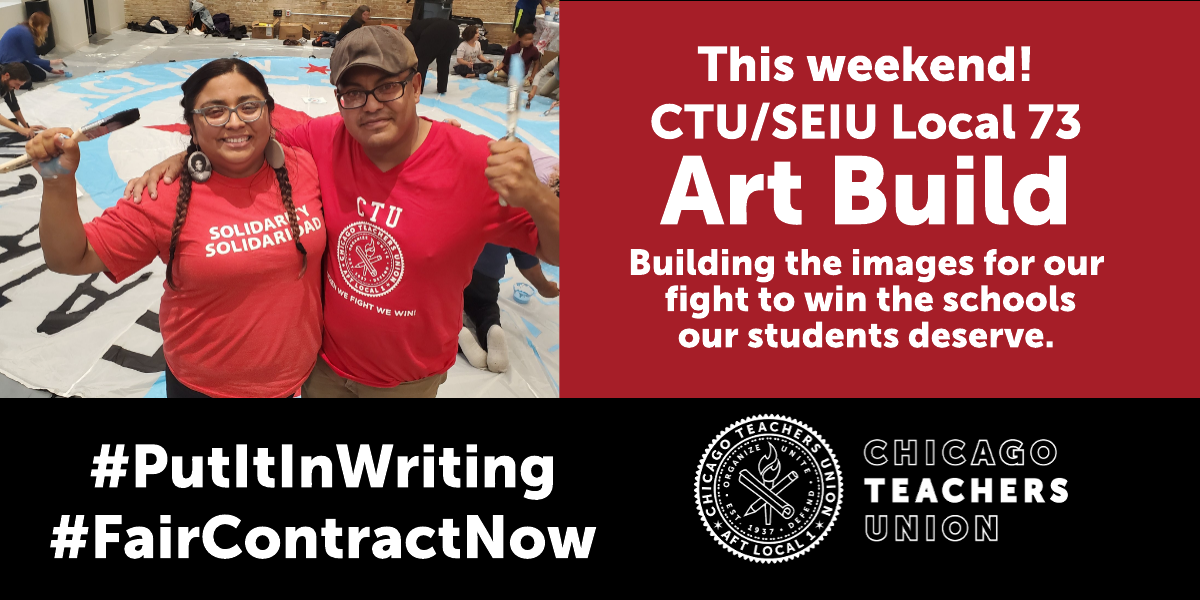 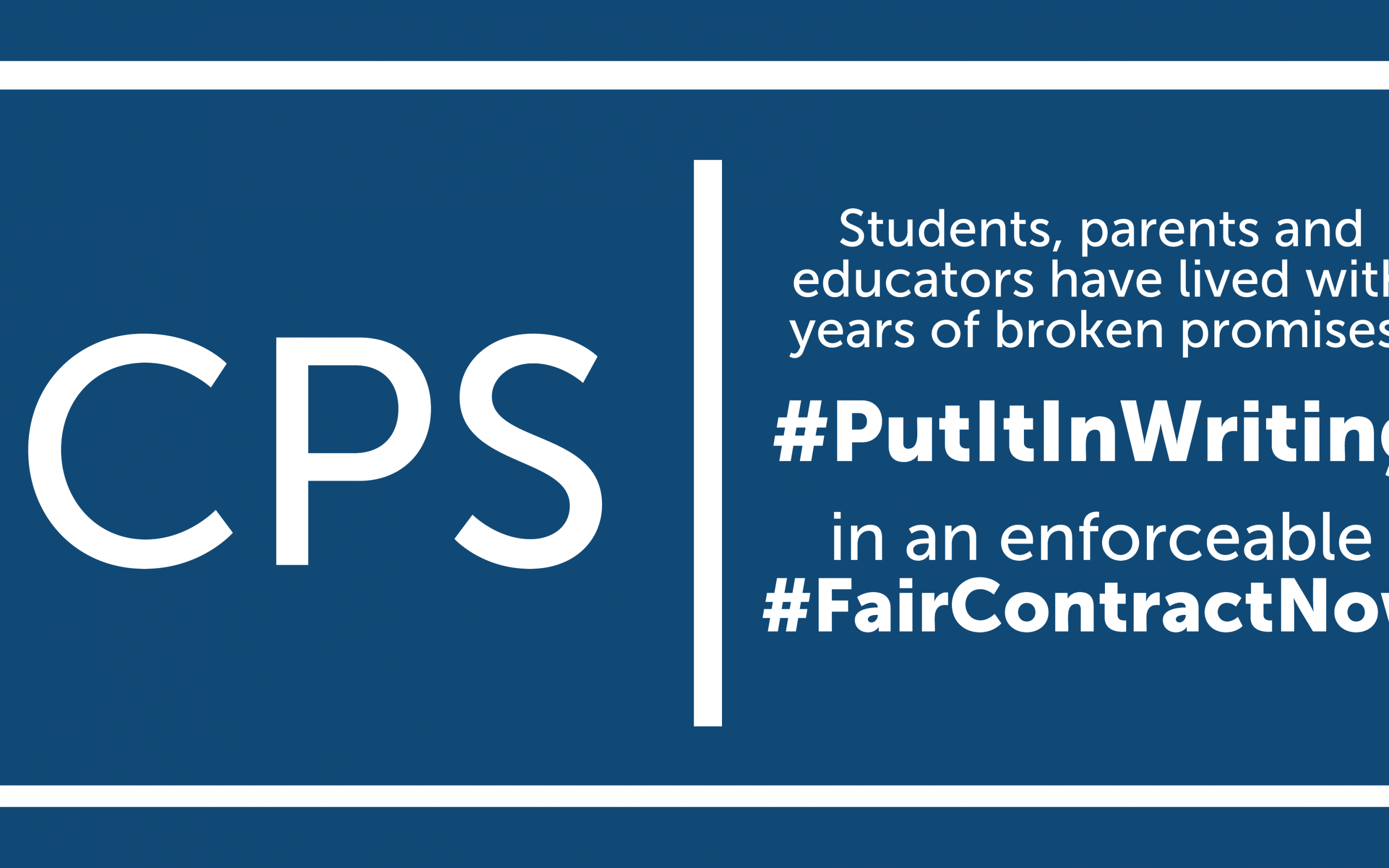 CTU delegates vote unanimously to strike on Oct. 17 if contract has not been settled

Strike would put 35,000 workers with the CTU and SEIU Local 73 on the picket lines in bid to force CPS to invest portion of over $1 billion in annual new revenue in student needs. Click for link to livestream of union’s press conference tonight. CHICAGO, October...

With mayor now effectively bargaining in public, CTU proposes livestreaming negotiating sessions to give families, educators, public a seat at the table. CHICAGO, Sept. 30, 2019—In a maneuver to publicly spin the mayor’s Friday ‘offer’ to CTU...
« Older Entries