Almost 90 percent of unionized charter schools have negotiated safety agreements with CTU that include testing, screening and increased staffing. CTU-ACTS has established a health insurance committee seeking to provide an improved and less expensive benefits package. And, after threats to close, Youth Connections Leadership Academy will remain open for another year. 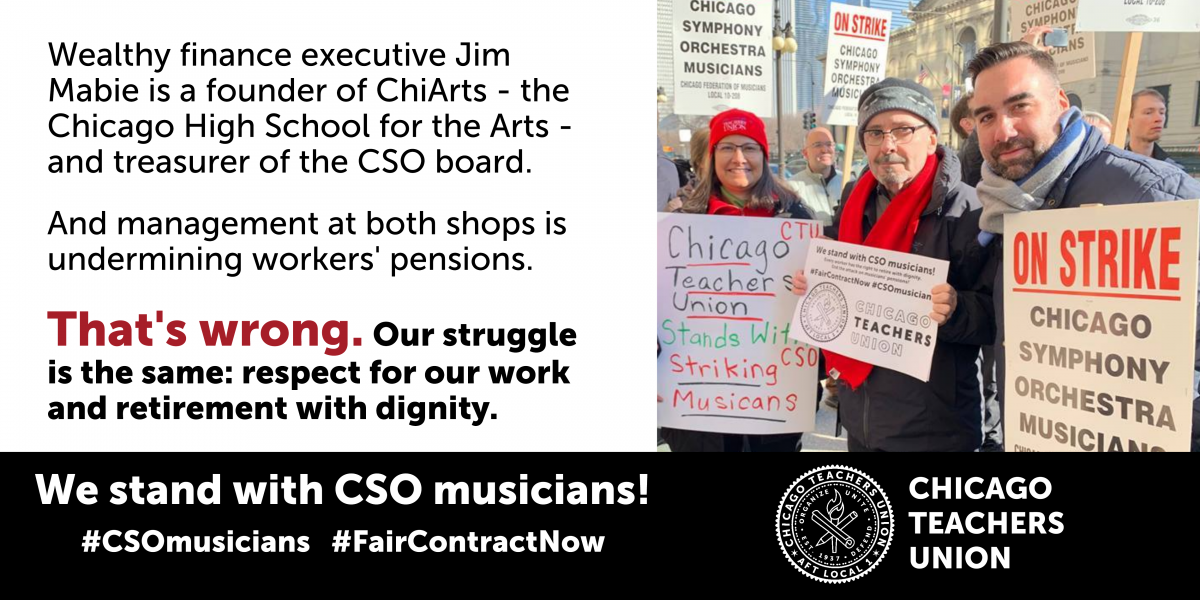 Wealthy CSO board treasurer James Mabie co-founded ChiArts high school—and both outfits refuse to fund workers’ pensions. CHICAGO—Finance executives have salivated for decades at the prospect of getting their hands on workers’ retirement nest eggs and the... 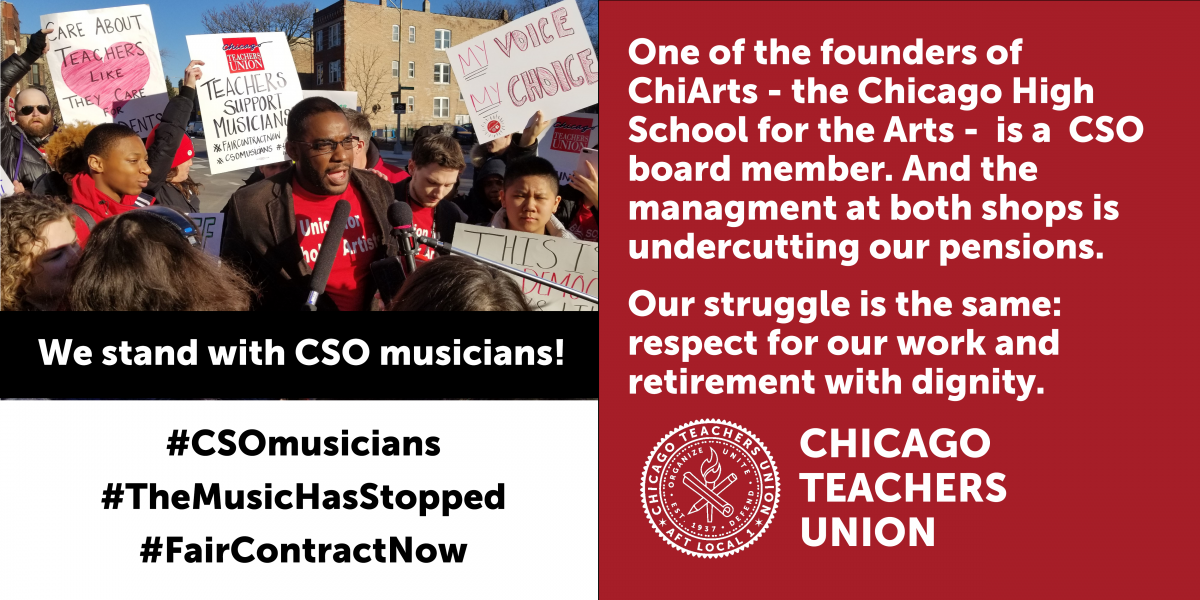 We stand with striking musicians

Any attack on the right to a retirement with dignity is wrong – whether it’s at a school like ChiArts, which is training the next generation of artists or a world class institution like the CSO, where our students aspire to perform one day, says CTU.   CHICAGO, March... 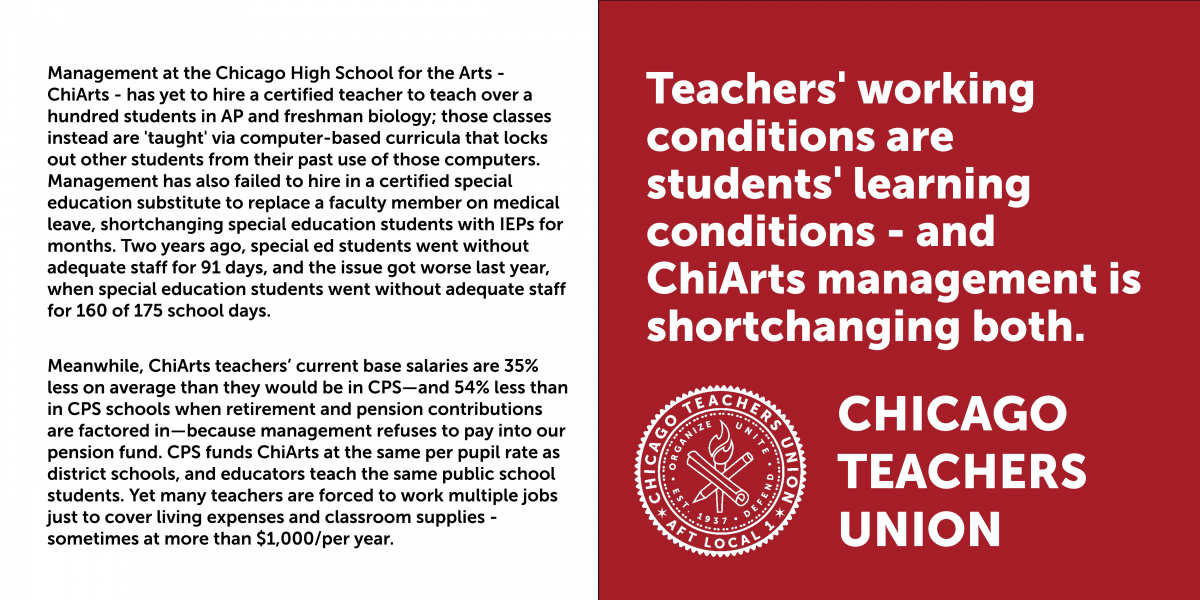