Important updates on the campaign for safety in our school communities

Another day of bargaining with the mayor’s team makes clear she has yet to order her crew to move off their obstructionism and work WITH us rather than against us in supporting our school communities. This is clearly not our first time at this rodeo, so this...

Oct. 7 bargaining update: More of the same from mayor, CPS

Given what we heard at the bargaining table yesterday — more of the same lies, dishonesty and, if you can believe it, more lack of concern for our members and our school communities — we believe united, city-wide action by our members is the only thing that will force her to relent.

This resolution calls for the Union to institute escalating actions in order to win safety measures throughout the district. The House of Delegates overwhelmingly adopted the resolution at its October 6, 2021 monthly meeting.

We have yet to receive a comprehensive proposal from Chicago Public Schools, which cancelled our bargaining session yesterday to allow more time for the new CPS CEO to get up to speed. As you may know, the district is reducing the length of quarantine despite its... 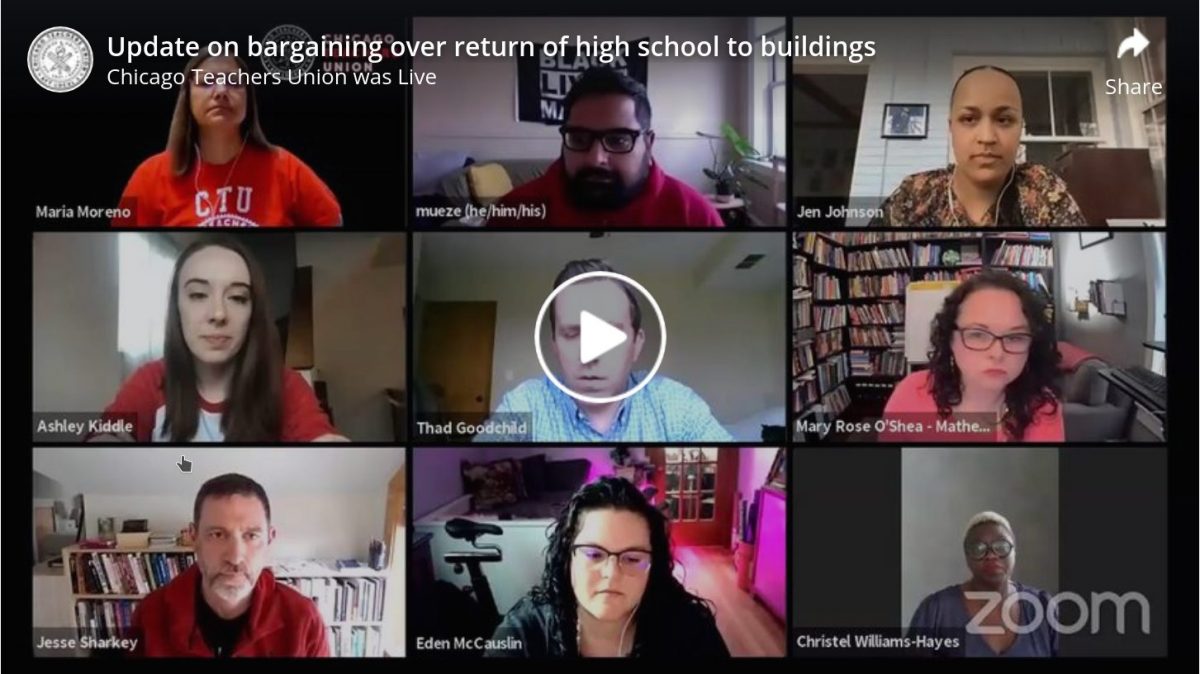 We only heard talking points yesterday when new CPS CEO Pedro Martinez and Dr. Alison Arwady spoke to the press. That includes mischaracterizations of our positions, half-truths about safety and deceptive statistics.

Sisters and Brothers: We’ve been raising the alarm for months that Mayor Lightfoot’s CPS team was bungling this fall’s reopening plan and, at Tuesday’s bargaining session, they tacitly admitted we’re right. They developed the mayor’s “plan” — focused...

“We’ll get back to you” isn’t good enough during a global pandemic, when people, especially in our hardest hit Black and Brown communities, are still falling ill, suffering and dying.

After two days of classes, one thing is clear: Mayor Lightfoot and CPS had no plan for safety for our schools. Major concerns are already flooding our inboxes, all over television, and in newspapers and online. With social distancing virtually impossible, students are...
« Older Entries