CHICAGO—The Chicago Teachers Union (CTU) today congratulates dedicated union member Susan Sadlowski Garza on her victory for alderman of Chicago’s 10th Ward.  Garza, a CTU delegate and area vice president, defeated incumbent alderman John Pope by a margin of 20 votes in the April 7 run-off election. The Union is pleased to have one of its own joining an influx of new aldermen to help bring much needed change and an independent, progressive agenda to the Chicago City Council.

“We are absolutely thrilled that our sister Sue Sadlowski Garza is a new member of the Chicago City Council, which means she can be a watchdog for all citizens,” said CTU President Karen Lewis. “Sue is a warrior like no other, and a vibrant activist who has fiercely advocated for improving the quality of life on the far Southeast Side and who will bring the same passion to the City Council that she’s brought to our battles to preserve fairness and equity in public education.”

Garza is currently a counselor at Jane Addams Elementary and a 20-year veteran of Chicago Public Schools. The daughter of revered union leader Edward Sadlowski, she is a community activist and lifelong 10th Ward resident with an extensive record of public service.  Garza has worked with thousands of families throughout the 10th Ward to create award-winning after school programs such as “Safe-Kids” and “Bully Patrol,” and has been instrumental in the fight against air pollutants on the Southeast Side of Chicago.

Garza was one of six* CTU members who ran for alderman in the 2015 Municipal Election, joining Ed Hershey in the 25th Ward, Tammie Vinson in the 28th Ward, Tim Meegan in the 33rd Ward, Tara Stamps in the 37th Ward, and Dianne Daleiden in the 40th Ward. Stamps, the daughter of late Chicago community activist Marion Stamps, pushed incumbent 37th Ward alderman Emma Mitts to a run-off in April, while Meegan narrowly missed that mark in the 33rd Ward, but has recently launched efforts to start a new independent political organization in the area.

For nearly a year, each of the CTU candidates and hundreds of community volunteers and fellow members have been circulating petitions and reaching out to thousands of Chicagoans on such issues as an elected school board, crime prevention, pension protection and raising the minimum wage.  The feedback they have received in the community has been tremendously supportive, as Chicagoans are voicing their desire for change on the 5th floor of City Hall and among the mayor’s rubber stamp City Council aldermen.

“All of our candidates are winners and hardworking leaders with a strong vision for the city and its future,” Lewis said. “They represent the strength of the CTU and we’re proud of them all.” 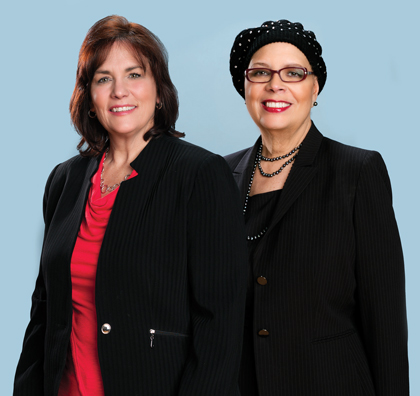 note: This post previously stated erroneously that only three CTU members had run for city council. We apologize to those members inadvertently overlooked for this piece.