Sign up by Nov. 30! ‘Punch 9’ film screening and curriculum for teachers

Harold Washington’s 1983 campaign for mayor galvanized the City’s progressive community, and inspired Black and Brown Chicagoans across the city — despite fierce opposition from the city’s power brokers and political elites. On December 5, see ‘Punch 9 for Harold Washington’, an epic story of American politics, race, and triumph against all odds, that chronicles the captivating rise, surprising reign, and enduring legacy of Chicago’s first Black Mayor, Harold Washington.

The story of Harold’s campaign is as timely today as ever, as a contemporary progressive — our fellow CTU member Brandon Johnson — seeks to wrest the mayor’s seat from yet another status quo incumbent politician. 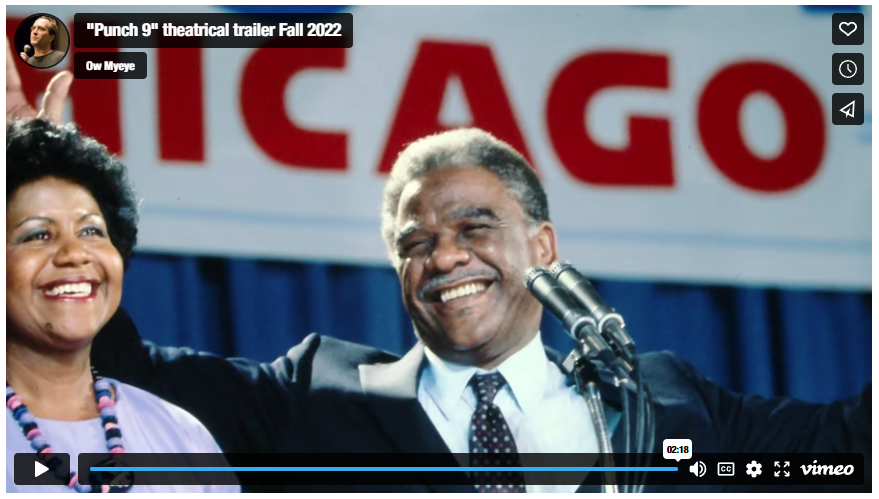 As part of the December 5 screening, educators will receive a link to view the film with your class(es), a newly developed curriculum that compliments the film — and a community of support! Please consider inviting other teachers/educators at your school/location to join you!

Location: Downtown Chicago site to be announced to accepted applicants.

Please complete the interest form by November 30; University of Illinois organizers will respond to you by December 1 with next steps. If you have questions, please reach out to Dr. Asif Wilson at ajwilso1@illinois.edu.

About the film: In one of the dirtiest political campaigns in American history, in a city rife with corruption and discrimination, Harold Washington took on the machine and won.

“Punch 9” features candid interviews with Rev. Jesse Jackson, Vice Mayor Richard Mell, Valerie Jarrett, David Axelrod, and others on the front lines and in the backrooms of power as it follows the charismatic politician’s shrewd maneuverings, stinging betrayals, and unlikely victories.

This inspiring and compelling documentary reminds us that we sure could use a man like Harold Washington today — the reason we’re working to put Brandon in the mayor’s seat this February, and return the people to power in City Hall.