The House of Delegates overwhelmingly ratified this resolution at its October 6, 2021 monthly meeting. 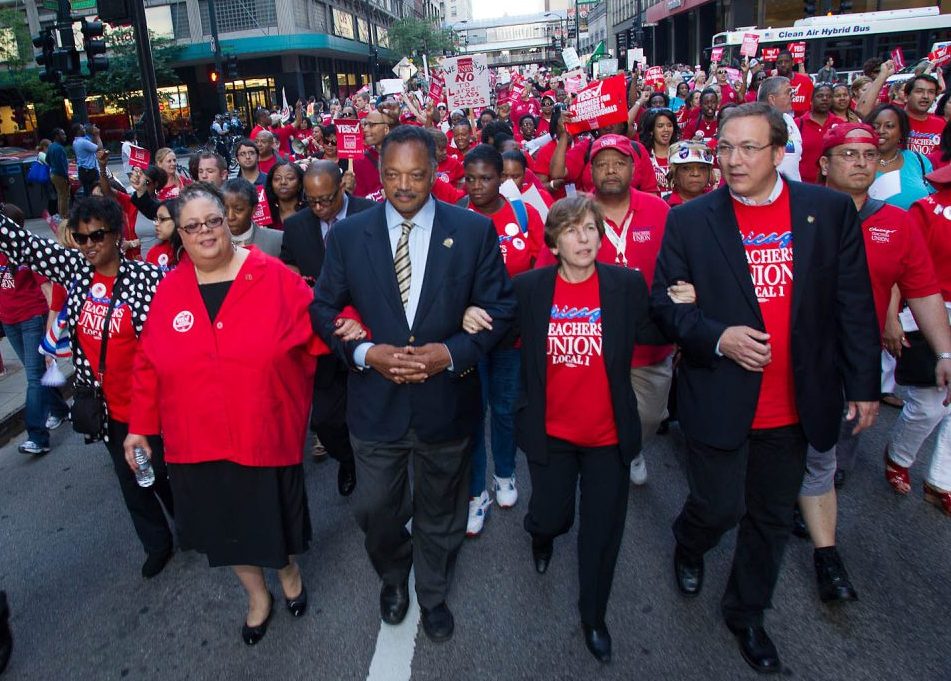 WHEREAS the Reverend Jesse Louis Jackson, Sr. was born in Greenville, South Carolina on October 8, 1941, a descendant of Native Americans and enslaved peoples of Africa. He attended the University of Illinois, and later North Carolina AT&T, a historically Black college. He became active in the civil rights movement at North Carolina AT&T, and graduated with a bachelor of science degree in sociology in 1964. He was ordained on June 30, 1968, by renowned pastor the Reverend Clay Evans, founder of Fellowship Missionary Baptist Church on Chicago’s South Side, and

WHEREAS Reverend Jackson, learning how the colors of Black and white in his native Greenville were shaded with the bleakness of injustice, became a member of the Greenville Eight, a group of Black high school and college students who protested and won integration of the town’s library system in 1960, and

WHEREAS he was appointed by the Reverend Dr. Martin Luther King, Jr. and James Bevel to lead Operation Breadbasket — a Chicago extension of economic empowerment from the Southern Christian Leadership Conference (SCLC) — where he was promoted to national director in 1967. As an SCLC organizer and aide to Dr. King, Reverend Jackson shared in the transformative, luminous journey of the civil rights giant, and learned to both live and appreciate the substance of Dr. King’s dream, and

WHEREAS Reverend Jackson sought to create an organization intent on improving the quality of life and economic conditions for Black people and disenfranchised and impoverished people of all races, he founded Operation PUSH in winter of 1971. Among his goals were the consciousness of community he instilled at Operation Breadbasket, a spirit that permitted creativity to grow out of crisis and prevented crises from being reduced to chaos. He would later found the National Rainbow Coalition to raise awareness of numerous political issues, and that organization merged with Operation PUSH in 1996 to become the Rainbow PUSH Coalition. The Rainbow PUSH Coalition’s mission is to protect, defend and gain civil rights by leveling the economic and educational playing fields, and to promote peace and justice around the world, and

WHEREAS he twice campaigned for the office of President of the United States, on a platform that included taxing the wealthy and increased funding for public education and social services; reduced spending for the U.S. Department of Defense; universal health care; free community college; nuclear disarmament; stricter enforcement of the Voting Rights Act of 1965; support for New Deal-era farm programs; and reprioritizing the War on Drugs, and

WHEREAS Reverend Jackson was an ambassador from the U.S. for numerous international conflicts, aiding in the release of prisoners and hostages in Syria, Cuba, Yugoslavia, Iraq, Kuwait and Liberia across nearly three decades, and in 1985, travelled to London for a meeting with British Prime Minister Margaret Thatcher to call for an end to Britain’s support of apartheid in South Africa. In 1997, he served as a special envoy for the promotion of democracy and fair elections in Kenya for President Bill Clinton, and in 2004, met with activists and politicians in Northern Island to improve cross-community relations, rebuild the peace process and restore the governmental institutions of the Belfast Agreement, and

WHEREAS on August 9, 2000, he was awarded the Presidential Medal of Freedom, the nation’s highest civilian honor, by President Bill Clinton, and in 1989, received the NAACP Springarn Medal for outstanding achievement by an African-American, joining Dr. King, W.E.B. DuBois, George Washington Carver, A. Philip Randolph and other notable recipients. Rev. Jackson has received more than 40 honorary doctorate degrees, was named an Honorary Fellow of Regents Park College at Oxford University in the United Kingdom in November 2007, and received an Honorary Fellowship from Edge Hill University in Liverpool, England. In March 2010, he was inducted into England’s prestigious Cambridge Union Society, and in August of 2021, was named a commander of the Legion of Honor, France’s highest award, by French President Emmanuel Macron, and

WHEREAS Reverend Jackson has been a consistent and vigorous supporter of the labor movement in the U.S. and around the world, walking more picket lines and speaking at more labor rallies than any other national leader. He has worked with unions to organize workers, protect workers’ rights and mediate labor disputes. In 1996, he traveled to Asia to investigate treatment of workers in the Japanese automobile industry and in athletic apparel factories in Indonesia, and he and his Rainbow PUSH Coalition have supported the Chicago Teachers Union in elected representative school board, school closing, charter contract and Board of Education contract campaigns, therefore, be it

RESOLVED the Chicago Teachers Union honors the Reverend Jesse Jackson, Sr. on his 80th birthday in recognition of a lifetime of organizing in support of just causes, and bespeaking hope and courage in the face of struggle. Throughout his work, Reverend Jackson always understood fully the true meaning of the word “community,” and uses every fiber of his existence to battle centuries-old injustices and galvanize people of all races, creeds and colors to dream and achieve for both their generation, and the next; and be it finally

RESOLVED that thanks to the leadership and vision of Reverend Jackson, people of the African diaspora, and all impoverished, disenfranchised and discriminated people across the globe, are empowered to move and not mourn, march and not mope, and remain forever restless in their quest for dignity.