Teachers and CTU supporters march past boarded-up apartments designated for demolition on the southside of Chicago.

As previously stated in A Just Chicago, the CHA has been sitting on hundreds of millions of dollars in cash reserves.  On Wednesday, July 8 the secretary of the federal Housing and Urban Development (HUD) office reiterated this fact at a ribbon cutting ceremony at the former site of the Stateway Gardens public housing development, now re-christened as a mixed-income development called Park Boulevard.

HUD estimates that the CHA is sitting on $440 million and wants to know what Mayor Emanuel’s plans are for using it. There are nearly 300,000 families on the CHA waitlist. Only 7% of the new units in the Park Boulevard development are “affordable,” and 8% are public housing. That’s 71 out of 475 units available to a family of four earning at most $45,600 annually. 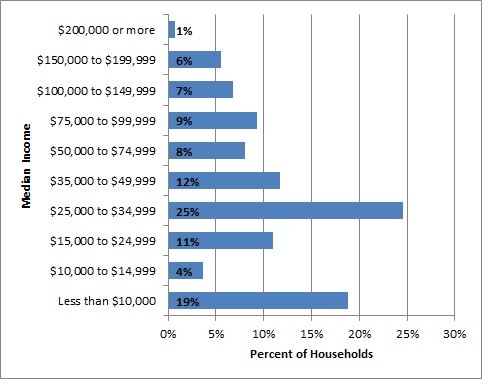 Thus, it is apparent that the city is continuing in its endeavor to push out low-income families and use federal subsidies to build housing in the private market for middle-class and wealthy residents. The CHA is sitting on a huge pile of money that is causing concern for the federal government, yet there are still no details on how the city plans to use the money to build much-needed affordable housing.