President Sharkey will complete fourth term, not seek re-election in 2022

CHICAGO, Feb. 2, 2022 — Chicago Teachers Union President Jesse Sharkey issued the following statement today regarding his decision not to seek re-election as president of the 25,000-member union, the third-largest teachers local in the U.S.

President Sharkey will serve out the remainder of his fourth term through June 2022.

“It has been a tremendous honor to lead the Chicago Teachers Union, first as vice president next to my friend and confidant, Karen Lewis, and later as president. I have always approached this work as a member of the education justice movement, and as a teacher, a leader in that movement. Like all teachers, we nurture and prepare students to become the next generation to lead, and to inspire. After nearly two decades of work in this movement, it is time to let the next generation of CTU leadership guide our union.

“As I reflect on where this journey began, Karen and I took office in 2010 and immediately faced a number of attacks on public education in the form of privatization, school closings and massive cuts to school budgets. There was a pension crisis, high turnover among Chicago Public Schools CEOs and negligence in special education services. Then came the pandemic, and all throughout, intractable city leadership. But in that same time, I watched rank-and-file educators become reinvigorated and take our union to heights I could never have imagined possible in 2010.

“We made history with multiple labor actions, led the nation’s first strikes in CTU-organized charter schools and ended school privatization. In the last two years of this pandemic, we have secured a moratorium on school closings, historic safety agreements, restoration of our union’s bargaining rights, an elected representative school board and a multi-million dollar settlement for Black educators impacted by racist school turnarounds.

“We will have a nurse and a social worker in every school by 2024. We have students recognizing the power of their voice, and their action, to fight for the schools they deserve. Community partners, many of whom were doing this work long before our union, have grown even stronger.

“Vice President Stacy Davis Gates, Financial Secretary Maria Moreno and Recording Secretary Christel Williams-Hayes are ready to fight even harder for classrooms and communities with smart, bold and dependable leadership. I have been extremely fortunate to work alongside their brilliant minds, as well as Karen’s, CTU Chief of Staff Jennifer Johnson, Grievance Director Zeidre Foster, Organizing Director Rebecca Martinez and a host of rank-and-file leaders. Among our leadership team, Stacy is to me what I was to Karen: a steady force that I have leaned on during the most turbulent of times. Christel is our soul, and Maria is our heart.

“I remain confident because our union is strong, with not only capable leadership and staff, but tens of thousands of rank-and-file members and a deep bench of activists stretching from Austin to the lake, and from Rogers Park to the 10th Ward. As a kid who grew up on a dirt road in rural Maine, the son of a single mother, leading the CTU was more than I ever imagined. But my goal has never been to get into a position of influence and stay for as long as possible. That is not the leadership formula for movement work. Movement work is about building for the many, for the common good, and being willing to pass the torch as the winds of change blow.

“Our movement goes beyond classroom instruction to uplifting and enriching children and their communities. Bread and butter unionism is the foundation of traditional labor advocacy, but it cannot end there. Our students deserve similar protections, of life, and livelihood, and so do their families.

“I will return to teaching, and to serving students and families, just as Chicago public school educators do every day. It is their strength, and the strength of CTU leadership and staff, that makes me confident in the future of our union. I am confident because I know the human quality of our members. I know how much they care, how much they bring to their school communities, and how much they value our city. We have changed the narrative around public education in Chicago, together, and that is an experience I will never, ever take for granted.” 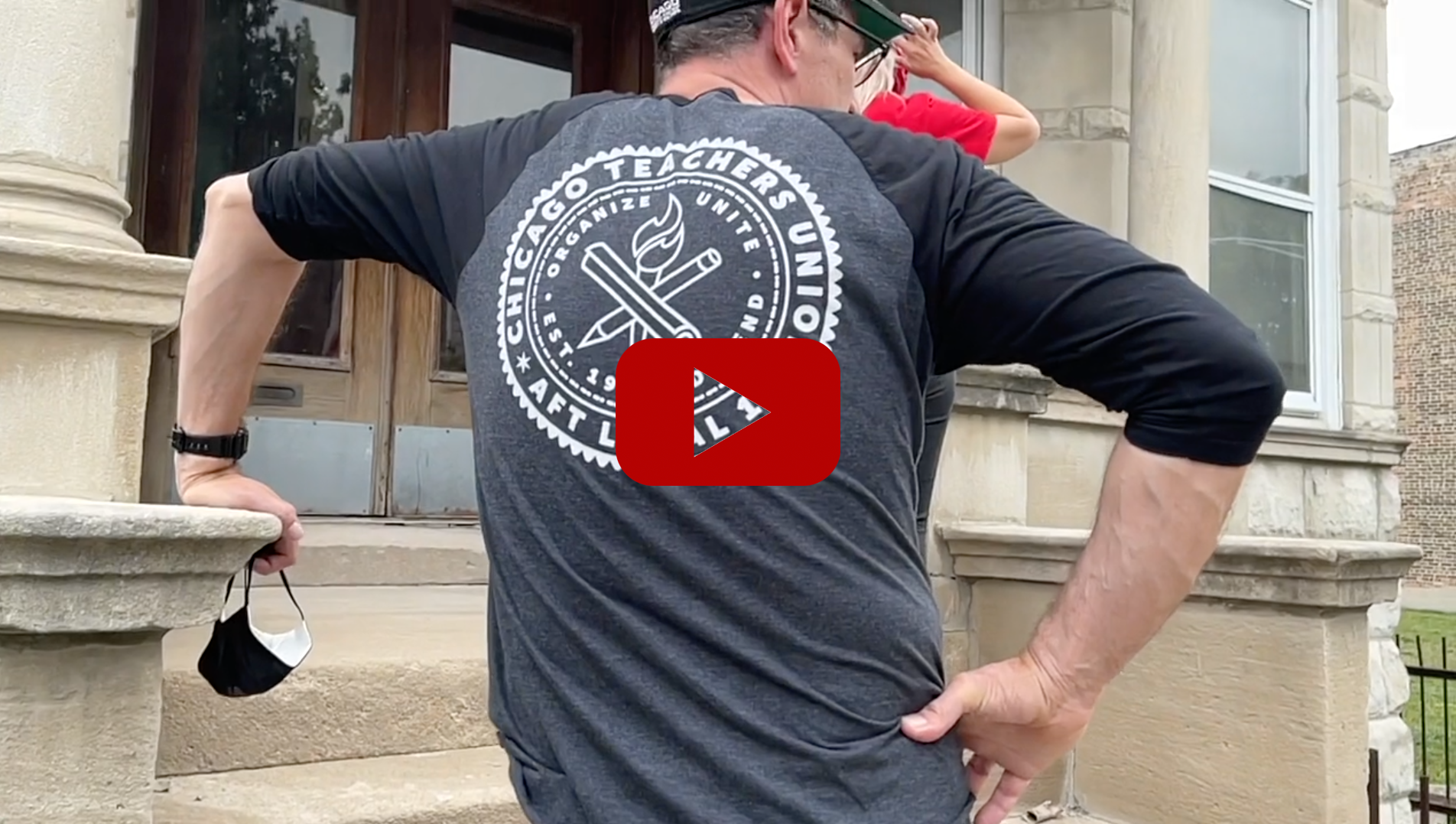 A member of the CTU since 1998, Jesse has been a champion of workers’ rights throughout his career, believing that the Union’s true power comes from the strength of its rank and file and their willingness to fight for the betterment of Chicago’s public school students, families and communities.

A native of Maine, Sharkey earned a Bachelor of Arts in History and a Master of Arts in Teaching from Brown University in 1996 before moving to Chicago and joining the Chicago Teachers Union in 1998. He taught social studies in Chicago Public Schools for 12 years at Senn High School and Chicago Vocational Career Academy, where he also coached chess, served as union delegate and worked with community and activist groups such as the Kenwood Oakland Community Organization and the Campaign to End the Death Penalty. In 2004, he played a leading role in the Save Senn campaign that mobilized hundreds of parents to oppose the takeover of the school by a military academy, an experience that taught him the value of defending traditional public schools against privatization.

Jesse was elected vice president of the CTU in 2010, where he served until 2018, and during which time he played a key leadership role in two rounds of contract negotiations, the merger between the Union and the Chicago Alliance of Charter Teachers and Staff, and the Union’s historic 2012 strike. He was on the front lines of fights against school closings in 2013 and the ongoing campaign for revenue for the school’s Chicago’s students deserve. Since then, has led the union in securing legislation for an elected school board, restoration of bargaining rights and the removal of Academy of Urban School Leadership schools from the district. In 2019, Sharkey led the union during a historic strike for smaller class sizes, unhoused student supports, and a nurse and social worker in every school, and two years later, in securing historic agreements to safely reopen Chicago’s public schools in the midst of the deadly COVID-19 pandemic.

Sharkey represents the CTU on the American Federation of Teachers (AFT) Executive Council, and sits on the AFT Executive Board. He currently lives with his wife and youngest son in Chicago’s Rogers Park neighborhood.