Chicago media outlets are this morning reporting on a new independent poll that shows CTU-endorsed candidate Brandon Johnson tied for first place with Chuy Garcia, while Lori Lightfoot gets less than half the support of either of the front runners.

These new poll numbers reflect the desire of voters across the city to have values-based leadership rooted in equity and justice. 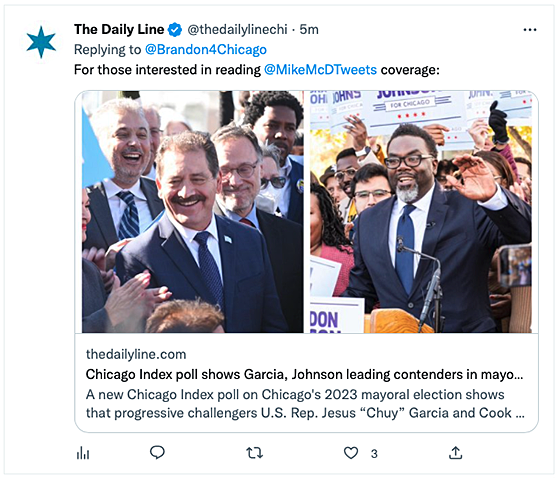 Crain’s Chicago Business was so clearly annoyed by the result that they didn’t even want to report on it honestly. They headlined their article “Garcia leads, Lightfoot trails in new mayoral poll,” when an actually informative headline would say, “Johnson and Garcia tied for lead, Lightfoot in fourth in new mayoral poll.”

Commemorating the Life and Legacy of the Rev. Dr. King

Join hundreds of CTU members, mayoral candidate Brandon Johnson and other progressive champions for an indoor rally celebrating the legacy of the Rev. Dr. Martin Luther King Jr. With Brandon now in first place, we have a unique opportunity to shift the entire political landscape of Chicago, and we are depending on your participation to make this dream into a reality.

This rally will also be an opportunity to amplify our collective outrage at the mayor’s decision to abruptly rescind the planned expansion of parental leave rights for CTU members. The contrast between the mayor’s spite and our mayoral candidate’s steadfastness is a further reason to get involved during this MLK Day of Action. 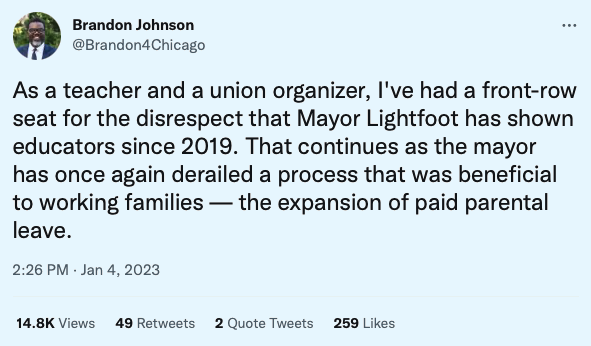 Together, we are fighting to represent Chicago’s working families and to win strong schools, robust public services, racial justice and sustainable safety for our city. Let’s honor Dr. King by joining together to bring Chicago closer to his vision of true justice, peace and equity. 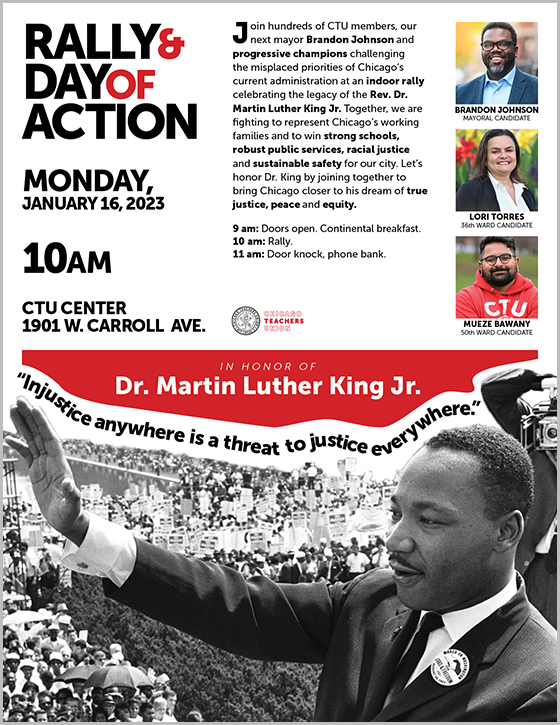