Honoring our students’ voices and rights 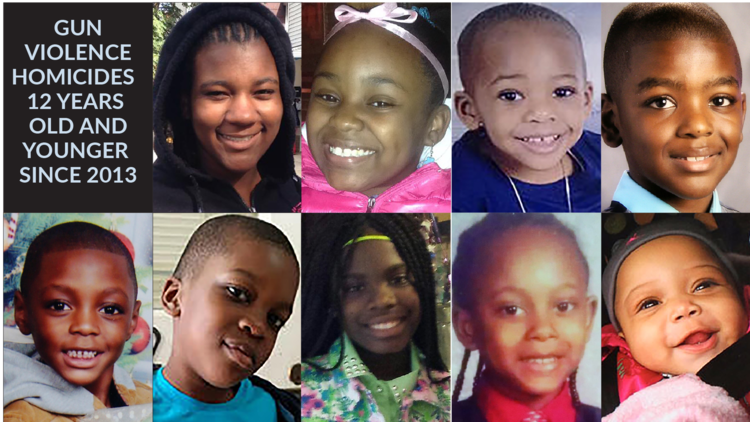 CPS students around the city held walk-outs and other actions at a number of schools on Wednesday to mark the one-month anniversary of the horrific mass shooting that took the lives of 17 high school students and teachers at Marjory Stoneman Douglas High School in Parkland, Fla. The actions were part of a national school walkout, with another national day of action planned for April 20.

Nationally, March 14 was framed as a call for tighter gun laws. In Chicago, more than 1,800 children under the age of 17 have been shot in the last five years, according to the Chicago Tribune, leaving at least 140 children dead. These largely unheralded victims are the casualties of both individual crimes and larger public policies that undermine children’s safety and thwart their futures.

CPS students took action to address racist policies that cause violence and economic instability in their neighborhoods. Student leaders in a number of schools targeted mayoral policies that exacerbate violence and harm children, from deep budget cuts at their schools and Mayor Rahm Emanuel’s closure of National Teachers Academy and all of Englewood’s public high schools to the police killing of teenager Laquan McDonald.

For thousands of CPS students, gun violence is part of the daily trauma they experience in a school system and a city that often seems to view them as of little value. Students recognize that violence and despair in their neighborhoods are driven by a host of inequities, from the lack of affordable housing and living wage jobs to the widespread mistreatment of Black and Latinx youth in Chicago. Yet instead of tackling the root causes of much of the violence in Chicago, Mayor Emanuel has consistently forced our students to bear the brunt of racist, classist policies that undermine their safety and their futures—whether it’s racist school closings that force students out of their neighborhoods into unsafe terrain or deep cuts to classroom resources in South and West Side schools. Our students confront not just the daily trauma of gun violence but a parallel and dire lack of school counselors, social workers and trauma wrap-around services, driven by the funneling of TIF funds and other public revenue away from our students’ schools into projects that serve wealthy elites.

The CTU encourages our members and supporters to show solidarity with our students and challenge the physical and economic violence they endure daily. We demand an end to school closings and support an elected representative school board, affordable housing and TIF funds for sustainable community schools. We encourage solidarity that challenges the physical and economic violence that our students confront, the channeling of funds for public education and living wage jobs—a path to undercutting much of the violence that plagues Chicago’s neighborhoods.

We can’t adequately honor the victims at Marjory Stoneman Douglas High School without also recognizing and combatting the daily assault on the lives of our students—particularly this city’s poor Black and Latinx youth, who make up the vast majority of the CPS population.

Our students are this city’s future. They have a right to make their voices heard—a right the CTU embraces and supports.