After a year of challenges, LSCs come out strong in fight against unsafe, reckless CPS reopening plan 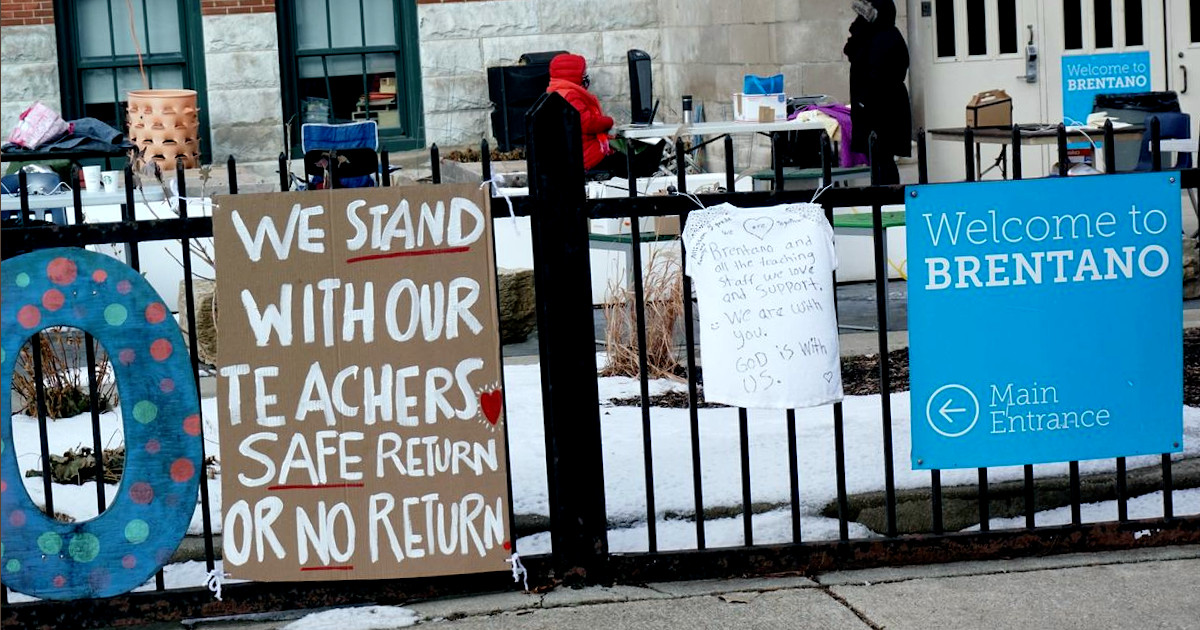 In mid-December — with threats from CPS about prematurely opening up schools for in-person learning while COVID positivity rates still raged in many Chicago zip codes — a local school council on the far north side of the city passed a resolution urging CPS to halt reopening until at least March. The resolution, from Clinton Elementary, also called on CPS to work with LSCs, parent and community organizations and CTU on a thorough, safe reopening plan and to improve remote learning for the vast majority of students who were staying home.

The resolution set off a firestorm. As a result, 133 LSCs across the district — 26 percent of the city’s local councils — passed similar resolutions.

Amplifying the concerns of school communities

The LSC resolution process was a great example of staff, parent and community collaboration that needs to be encouraged. Many of the resolutions and the debates around them highlighted parent and community member concerns about the working conditions of teachers in their schools. Those working conditions are, after all, the learning conditions of their children. They questioned whether their schools had sufficient resources to ensure everyone’s safety and doubted CPS’ promises.

Anyone familiar with the history of LSCs knows that participation in them has waned over the last 30 years. It gets harder and harder every two years to find six parents, two community members, two teachers, a non-teacher staff member or one high school student to run in the elections.

Many school administrators do not support LSC elections or follow the LSC laws or guidelines. This leaves LSC members feeling that serving on the council is a waste of time. And some administrators actively sabotage elections or try to stack the councils with their allies.Unlike last summer, when Mayor Light­foot and CPS gave LSCs the final say on cops in schools, the admin­istration ignored LSC concerns about the dang­erous reopening plan.

In the past year, LSC operations were severely impacted by COVID. CPS had to move the election from the usual report card pick-up day in April to the November report card pick-up. The move reduced the term from two years to one and a half years. When schools were still remote seven months after the first school-based COVID outbreak, CPS had to quickly shift gears and allow mail-in ballots for the first time. Election challenges in last year’s election were at an all-time high. As a result, several schools ended up without an LSC because ballots arrived so late due to postal backlogs.

Despite all this, we also are in the midst of a truly inspiring surge of activism on LSCs across the city. Last summer, high school LSCs took high profile votes over retaining School Resource Officers — SRO’s, aka the Chicago Police assigned to work inside school buildings. The votes brought out new coalitions of student, parent, community and teacher activists. These fresh alliances pushed for restorative practice, more social workers and counselors, and anti-racist curriculum at their schools.

But unlike last summer, when Mayor Lightfoot and CPS gave LSCs the final say on removing police from schools, the administration ignored LSC concerns about the dangerous reopening plan.

Supporting LSCs is a priority for the CTU. We provide training and technical support, connecting LSC members across the city. Through our work in the LSCs 4 All Coalition, our Union has helped thousands of LSC members understand their rights. We’ve shared powerful organizing techniques to build alliances on the LSC and pass important measures to improve their schools.

LSC members are learning how to read school budgets so they can advocate for equitable distribution of scarce resources and eliminate waste and graft. Members are using the school improvement plan (CIWP) and the principal evaluation process to hold principals accountable for supporting staff and including parents in school operations. Many schools are starting their PPLCs, the elected nine-member teacher advisory committee to the LSC, for the first time.

There is strength in numbers. This is true at the building level, at the network, community, and ward levels, and of course citywide. Working to strengthen your LSC is a powerful and effective way to challenge top-down bureaucratic management and push for positive change in your school.

Sarah Rothschild is a CTU policy analyst with a wealth of resources and advice about the LSC process. Reach out to her at sarahrothschile@ctulocal1.org if you’re interested in getting involved in your LSC.