MENUMENU
Home > Posts > What I learned at the bargaining table

Sitting across the table from CPS for weeks opened my eyes to the stark realities our Union faces when trying to do what’s best for our students. At the most basic level, I kept thinking to myself about the district’s absolute lack of moral imagination, something we saw every day during the negotiations. 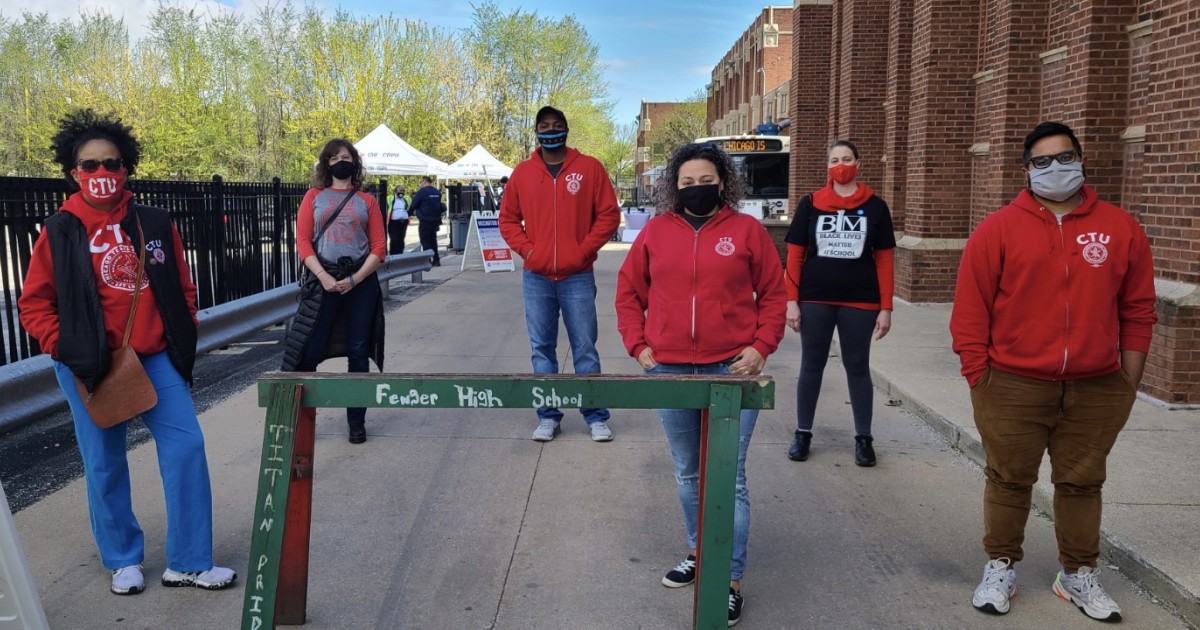 Mueze Bawany (at right) makes the most of a provision he bargained hard for in the HS Safety MOA: vaccinations for students. Here he volunteers at the first Saturday vaccination at Fenger HS. Photo: Chris Geovanis, CTU

Janice Jackson reaffirmed those thoughts when, during her resignation announcement, she made sure to take a pot shot at our fighting union. She said she agrees with most of our positions, just not our tactics. But, those tactics — and our members’ willingness and courage to embrace them — are the only things that seem to push the district to common sense and common good decision making. It took work actions and the threat of escalation to get CPS to move during the elementary school reopening fight and again during our high school negotiations.

The lack of moral imagination was on clear display during the initial stage of talks. Citing the MOA from Pre-k and elementary school as its framework, the district felt it had no reason to make further concessions. This was the CPS ideology throughout the process. Our bargaining meetings were chock full of non-commitments and excuses about needing to touch base with the “decision makers,” none of whom attended a single bargaining session. The latter still jars me because CPS exhibited a total lack of urgency. It felt as if the district wanted to let the clock run out until the mayor’s arbitrary April 19 reopening date and let us figure it out from there.

The issue that stayed nearest to my heart while caucusing with CTU leadership during negotiations was to ensure vaccine access, vaccine knowledge, and vaccine distribution were efforts the district and our union partnered on. It seemed like such a simple matter on which to agree. CPS already had obtained cooperation from the Chicago Department of Public Health to provide vaccines for school personnel, and it had already mobilized use of facilities as well. 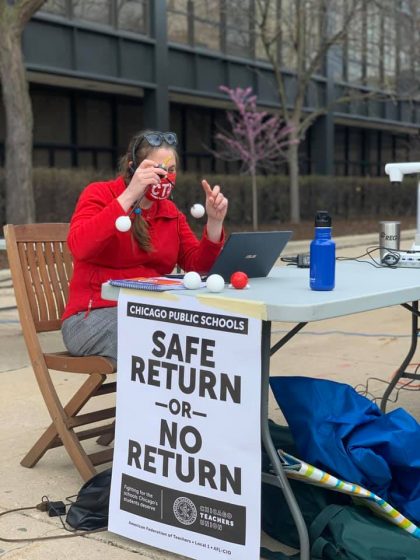 Centering schools as vaccination sites for students and their families provided an opportunity to advance our shared interest to open schools. But that demand would also help the city meet its vaccination goals during a severe public health crisis.  For many communities, schools are the central spaces of access, support, and belonging, and this moment reminded us again why schools are so important. Sadly, the district met these ideas with more incredulity than collaboration.

Much like the fight for vaccine access for our students and their families, the district continued to miscalculate the moment at hand. We had to remind CPS of our members’ efforts — from our wildcat remote work actions to our mutual aid work —  to show that, when it comes to providing students the schools they deserve, we mean business.

Mueze Bawany was one of several rank-and-file CTU members who served on the bargaining team that negotiated the high school reopening agreement. He teaches English at Roberto Clemente High School.