Our union is in deep mourning today at the passing of our sister, our leader and our friend, President Emerita Karen GJ Lewis. We are sending heartfelt condolences to her husband, John Lewis, and her surviving family and friends. She will be dearly missed.

Karen taught us how to fight, and she taught us how to love. She was a direct descendant of the legendary Jackie Vaughn, the first Black, female president of our local. Both were fierce advocates for educators and children, but where Jackie was stately elegance, Karen was a brawler with sharp wit and an Ivy League education. She spoke three languages, loved her opera and her show tunes, and dazzled you with her smile, yet could stare down the most powerful enemies of public education and defend our institution with a force rarely seen in organized labor.

She bowed to no one, and gave strength to tens of thousands of Chicago Teachers Union educators who followed her lead, and who live by her principles to this day.

Karen had three questions that guided her leadership: ‘Does it unite us, does it build our power and does it make us stronger?’ Before her, there was no sea of red — a sea that now stretches across our nation. She was the voice of the teacher, the paraprofessional, the clinician, the counselor, the librarian and every rank-and-file educator who worked tirelessly to provide care and nurture for students; the single parent who fought tremendous odds to raise a family; and the laborer whose rights commanded honor and respect. She was a rose that grew out of South Side Chicago concrete — filled with love for her Kenwood Broncos alumni — to not only reach great heights, but to elevate everyone she led to those same heights.

But Karen did not just lead our movement. Karen was our movement. In 2013, she said that in order to change public education in Chicago, we had to change Chicago, and change the political landscape of our city. Chicago has changed because of her. We have more fighters for justice and equity because of Karen, and because she was a champion — the people’s champion.

Our hearts are heavy today, but it brings us joy to know that Karen has joined Jackie Vaughn, Marion Stamps, Addie Wyatt and Willie Barrow as the vanguard of Black women who have forged a heroic path of labor, justice and civil rights in our city. Karen now sits among them, still guiding our every move, and still guiding our vision for the schools our students and their families deserve.

Since Karen’s Feb. 7 passing, tributes have poured in from across the nation:

My heart is broken for the passing of my dear friend and legendary labor activist Karen Lewis. As head of the Chicago Teachers Union, she forcefully fought for educators and students, and mentored generations of defenders of workers’ rights in Chicago and the nation. Today is a sad day for the labor movement.

My heart is heavy this morning as I learned of Karen Lewis’s passing. She was a leader, a fighter and a visionary, fiercely committed to the values of equity + justice. She was a leading voice on public education in not just the city of Chicago, but in our country. Rest in power.

Jane and I are deeply saddened by the passing of Karen Lewis. She lived her life on the front line of the struggle for justice in education, and to honor her memory we must recommit ourselves to building the fairer future students and families deserve.

Karen Lewis was a fighter who possessed a sense of humor, smarts & charisma that few in the public sphere could match. She believed to her core in bettering her members’ lives and improving the lives of Chicago’s children. Her legacy will long endure—may her memory be a blessing.

My condolences to the family of Karen Lewis and to the members of @CTULocal1, whom Karen so tirelessly represented. May she rest in peace.

I’m saddened to hear about the passing of Karen Lewis. A champion for education, her loss will be felt throughout Chicago and beyond. My thoughts are with her loved ones and those who loved and worked with her. May she rest in peace.

This morning, we learned we lost the great Karen Lewis—a giant among giants. Of course, as president of the Chicago Teachers Union, her leadership in education justice, student advocacy and labor rights will forever be sketched in history. But before that, she was a teacher born to parents who were themselves teachers. With fire and fury, she dedicated her life to the promise that we will leave the world better for our children than we inherited ourselves. For that and a life full of love, we thank you, Karen.

I cherished Karen’s friendship and mentorship and will always be better for it. She was an amazing person, devoted teacher, champion of the professional educator and skilled leader. She was one of a kind, dedicated to her core to challenging and changing lives and communities. We are indebted to her service and leadership, for which she will be remembered and forever missed.

As we celebrate Black Lives and Black accomplishments this month, we also are mourning the loss of former Chicago Teachers Union President Karen Lewis, a strong Black woman and courageous freedom fighter whom I was proud to call a colleague, mentor and friend.

Karen’s mark on Chicago’s public schools, its educators, its families and our entire region and the country cannot be overstated. She helped transform the political landscape in Chicago, paving the way for myself and other new, progressive, independent voices to win election at the federal, state, county and city level. She challenged us to reimagine public education and to fight for the schools all Chicago children deserve. Karen’s spirit, philosophy and vision for a just society — built from the grassroots up — guides my work to this day. Rest in peace and power, Karen.

My heart is heavy with the news of the passing of Karen Lewis. She was a fighter and a treasure for this city. She will be sorely missed and her memory forever imprinted in the fabric of Chicago. Sending a big warm hug and my condolences to her family and all our CTU siblings.

In 2010, we were told we were ‘Waiting for Superman’ to fix our public schools. It turns out we were waiting for a superwoman – a lifelong educator and militant labor leader who changed the trajectory of education reform in Chicago and our nation. Rest In Power Karen Lewis.

Today, we mourn the loss of one of the greatest leaders that Chicago has had in recent history.

Karen Lewis was a true comrade, a compassionate and bold leader who paved the way to build a social justice movement in Chicago during the neoliberal atrocious administration of Rahm Emmanuel. Karen had the courage to fight back and inspire many others, including myself, to join a grassroots movement in each community to empower our Black and brown communities for real representation and quality neighborhood schools for every child. Karen had the political clarity and courage that very few people exhibit during tough times. Karen ignited the grassroots education movement in Chicago and her leadership, compassion and integrity will be always remembered. Her legacy and spirit lives in every teacher who is fighting today for equity and justice, and her powerful work continues to inspire solidarity between parents, teachers, and community at large to fight for schools that our children deserve. You will be missed compañera, rest in power.

Karen Lewis was the epitome of humanity, fierce & funny, brilliant & bad ass. She was a master teacher, and an even better trade unionist. I treasured her friendship; her calling me mom. Today I ache for John & all of us who were so blessed to know her.

Karen Lewis was a warrior, an undeniably powerful presence, and she spoke truth to power like no one else. She was one of the most committed unionists I have ever known, and she did absolutely nothing half way for the cause of labor.

Karen Lewis was my friend. We started out as seatmates and as the new people in the room. We had our own little corner of the table and we built a relationship that was fun, loyal, and personal. That relationship between us became more than just the table. And I have stories of my friend. She was a great leader, but she was a person too. We made light of situations happening around us. I ran interference for her. She ran interference for me. I believed in her. She believed in me. We shared. We talked. We supported each other. I’ll miss her and I’m heartbroken. John and the rest of her family have my undying support for sharing her with me, Chicago, and the entire labor movement. I love you Karen.

We will never forget Sister Lewis’ courage, charisma, and passion for teachers and the labor movement. From the classrooms at Lane Tech to city hall, she inspired students, teachers, families, and labor activists in her fight for equity, dignity, and respect for educators. Sister Lewis is that once in a lifetime legend, a game changer. In leading CTU, she sparked a renewed call for activism in the labor movement that spread across the country.

Chicago has lost a legend. A teacher, a leader, a trailblazer, and a friend, Karen Lewis was someone who stood tall not only for the educators of this city, but for every single worker in Chicago. She never compromised on the values she held dear, fighting for her students and their families with a fierce determination that will never be matched. Karen’s leadership gave rise to a generation of activists across the country, sparking a renewed energy in the fight for public education that continues to this day. She also inspired countless Chicagoans within and outside of the labor movement as she spoke truth to power without fear. She was beloved and revered as a member of the Chicago Federation of Labor Executive Board, serving as a role model of the solidarity we hold dear. Her voice – unique, uncompromising, brilliant, and kind – will be forever missed.

It’s rare that you can say one person changed things in our city, state, and country, but Karen did. And she did it with such style and grace and wit and a fighting spirit that could not be stopped. She literally changed the face of Labor in Chicago and nationally.

From the historic 2012 TEACHERS STRIKE, to the fight against privatized charter schools, to the national teacher rebellions in so many states — it can all be traced back to Karen. And she supported and led so many other battles to improve our schools and communities. Thank you Karen — you will be missed!

As leader of the Chicago Teachers Union, [Karen] led the union to strike for “the schools our children deserve.” She understood that the union had to organize families and communities, not just their own members. She fearlessly confronted the powerful. She was considering a run against Rahm Emanuel for mayor when she learned she had an aggressive brain tumor.

Karen and her devoted husband John were dear personal friends. I saw them when I was in Chicago a year ago. She was in a nursing home. It was terribly sad.

All of us who care about children and their schools will miss her dynamic leadership. Every time teachers strike for better education for children, they should remember this tireless, inspiring woman, our friend, Karen Lewis.

Karen Lewis’s leadership and vision turned the Chicago Teachers Union into one of the nation’s most democratic and militant unions, remade the political fabric of our city and nation, and touched hundreds of thousands of lives in the process. 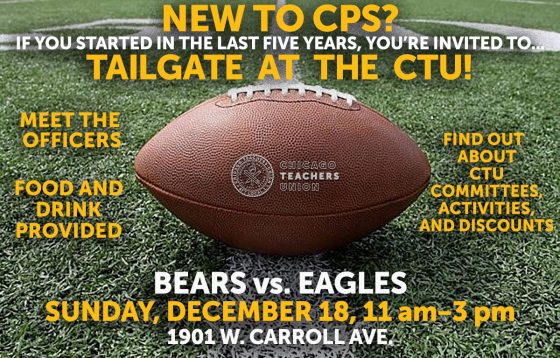