Lightfoot, who once defended investment firm Merrill Lynch against discrimination charges, has opportunity to address and remedy persistent racism in the school district that she leads.

CHICAGO—A federal judge will set a trial date today for class action lawsuit filed by Black rank-and-file Chicago Teachers Union educators against the handpicked Chicago Board of Education and its racially discriminatory turnaround policy. The court date will be accessible to the press and public via phone; reporters should call into (866) 434-5269 and use access code 8087837 to listen in.

On March 17, Judge Sara Ellis of the Northern District of Illinois ruled that the 2012 case will go to a jury, over CPS objections. If the parties agree, Judge Ellis will refer the case for settlement on April 8, and is also expected to set a trial date in the event that CPS and the CTU cannot come to a settlement agreement.

The lawsuit has dragged on for nine years, with CPS failing at every turn to prevent the case from coming to trial.

Turnarounds and targeted school closures were the mayoral tool of choice to terminate all educators at overwhelmingly Black neighborhood schools when those schools were flagged by CPS for poor performance. But the metrics that CPS used to rank those schools were themselves fundamentally racist, charges the CTU’s civil rights lawsuit.

The CTU’s civil rights lawsuit seeks monetary damages for the class of more than 300 terminated African-American teachers; a declaration that the CPS turnaround policies are racially discriminatory; the appointment of a monitor to evaluate, oversee and change or eliminate turnarounds to ensure there is no racial impact on Black schools, staff or communities; a permanent moratorium on turnarounds; and non-discriminatory and effective measures to improve school performance.

SQRP, the district’s current school evaluation tool, is a direct policy descendant of the racist metrics used to justify turnarounds between 2005 and 2014 — with those racist metrics used to lay off hundreds of Black teachers, paraprofessionals and support staff at schools targeted for ‘turnaround’. The CTU is demanding instead real equity-driven policies that identify needs and provide adequate supports for sustainable community schools across the district.

The named plaintiffs in the lawsuit have shared harrowing stories of financial hardship and emotional trauma in the wake of their firings, despite years of high marks for excellent teaching, nurturing and support for their beloved students. The wave of turnarounds under mayors Richard M. Daley and Rahm Emanuel helped drive down the number of Black educators working in CPS from about 40 percent to a low today of barely 20 percent.

The federal case has national implications for other school districts that engage in policy that harms a protected group of educators.

“CPS has engaged in a pattern and practice of systemic and systematic race discrimination, and it’s the responsibility of the mayor and her Board of Education to at last undo those racist patterns and practices,” CPS President Jesse Sharkey said.

Mayor Lightfoot could repair more than a decade of racism entrenched in the district she inherited from Emanuel. Lightfoot has experience with class action race discrimination, having defended investment firm Merrill Lynch in a $160 million racial discrimination suit filed by Black stockbrokers. She also settled a recent lawsuit filed by families at National Teachers Academy to stop CPS from closing the school. It was found at NTA that standardized tests used to justify turnarounds and school actions discriminated against African-American students.

The Union has instead demanded for years that CPS end discriminatory “measures of effectiveness,” and instead, lower class sizes, expand early childhood programs, and fully staff and fund sustainable community schools with robust enrichment programs, counseling and trauma support — all proven strategies to support student achievement, well-being and growth.

Remedying past racist practices is critical today, as the nation continues to confront a reckoning on white supremacy and racism and grassroots groups call on Lightfoot to invest $1.8 billion in additional federal COVID-19 support for much-needed equity supports in school communities hammered by the virus on top of years of underfunding and racist neglect.

CPS has spent more than $5 million fighting to prevent displaced Black educators from reclaiming the positions they lost because of the District’s racist policies. 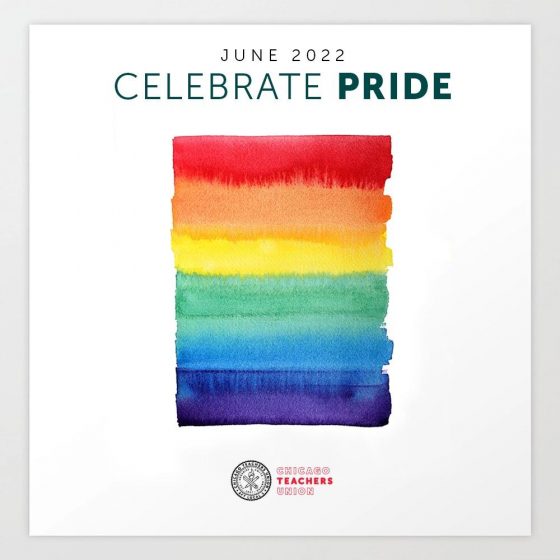