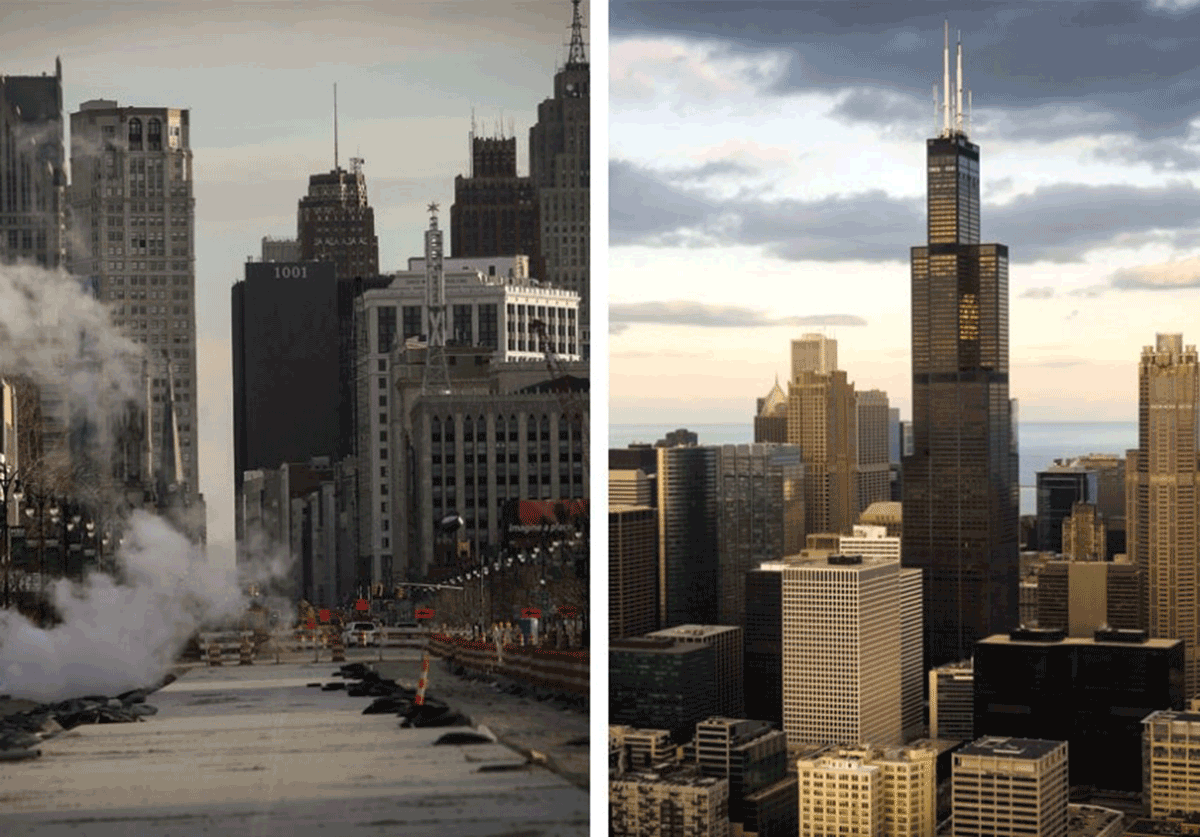 Image from In These Times, “Why Chicago Won’t Go Bankrupt—And Detroit Didn’t Have To”

With Governor Rauner pushing for bankruptcy amid multiple downgrades to Chicago debt, the big question appears to be, is Chicago on the road to Detroit? An In These Times article by Saqib Bhatti explains how the entire paradigm – that there is some path towards inevitable municipal bankruptcy – is wrong.

Detroit’s bankruptcy was not borne out of financial necessity and was not a foregone conclusion. It was a political decision made by state officials. Gov. Rick Snyder and the Michigan Legislature chose to push the distressed city over the edge in order to accomplish two otherwise difficult political goals: slashing pensions and regionalizing the Detroit Water and Sewerage Department. It was disaster capitalism at its finest.

So not only is Chicago not Detroit, but Detroit was not really the mythical ‘Detroit’ that required deep austerity measures. Chicago Public Schools and other local governments in Chicago may be deeply indebted, but the threat of bankruptcy doesn’t mean we should look to austerity politics as the answer. Instead, we have to interrogate what really has us mired in recurring fiscal problems. CPS has hundreds of millions in capital debt tied to toxic swaps with banks initiated by a former head of the Chicago Board of Trade, who is now the head of the Board of Education that refuses to file suit against these banks. We have a new Board of Education member who comes from BMO Bank, a bank that has earned millions in bond-related fees, and charged penalty interest rates to CPS’ short-term credit line when the credit rating agencies downgraded the schools. Are these debts just necessary measures? Bhatti explains:

While it is sound public policy to use debt to fund long-term capital projects, it is deeply problematic when governments are forced to borrow money to deal with revenue shortfalls. It is even more problematic when they are doing so as a result of a concerted effort to suppress taxes by the same banks and people they are borrowing from. Banks and the wealthy created a crisis by lobbying hard to suppress taxes, and then they use that crisis to enrich themselves—a page right out of the Detroit playbook.