Want to improve the education of Black students living in poverty? Try what worked in the 1970’s and 1980’s: integration. In that period, the height of school integration, inequities between Black and White educational outcomes were the lowest ever. Now, as schools have again become hyper-segregated, poor Black students bear the brunt of under-resourced schools. Integration worked because resources were more plentiful and expectations were higher, even though Black students also experienced personal and institutional racism. White and Black students both benefited from learning in an integrated setting, and for many, the impact of attending integrated schools lasted a lifetime. 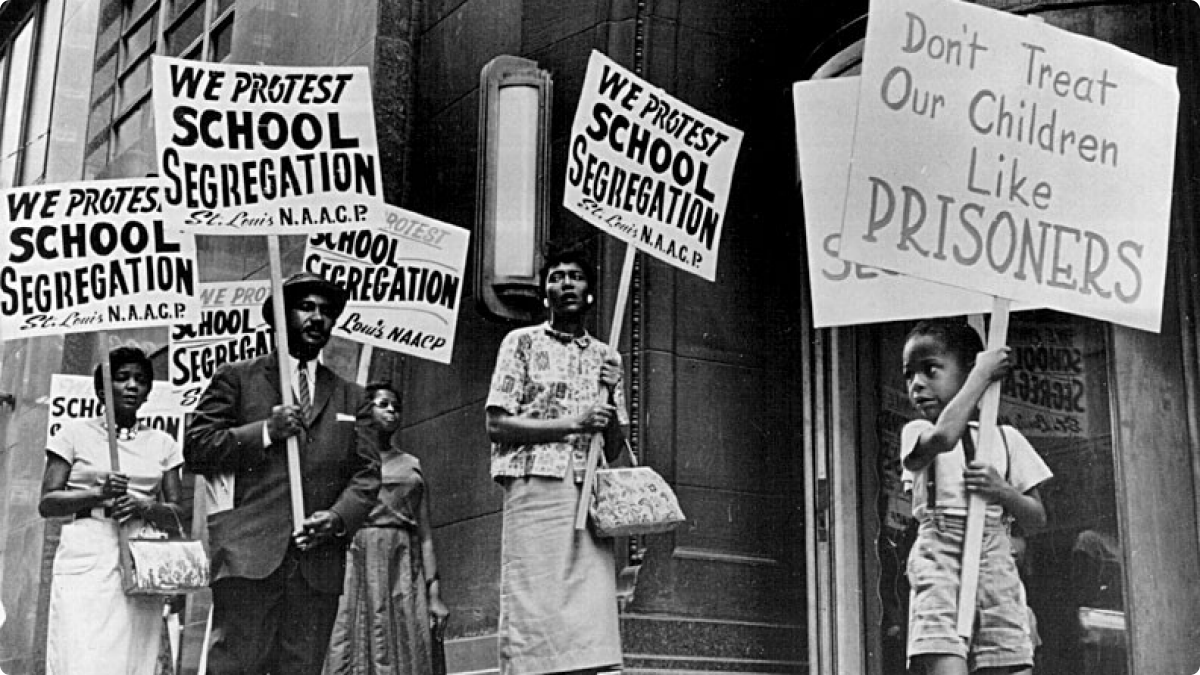 Nikole Hannah-Jones, in an episode of This American Life, describes a school that was “accidentally” integrated in 2013. The story begins in the Normandy School District, the segregated Black school from which Michael Brown graduated. Normandy was so bad that the state of Missouri removed its accreditation. This allowed students to transfer other accredited schools in the state. Close to 1000 students transferred to Francis Howell School, which was predominately White. In spite of the racism of many Howell parents and some Howell students, the Black students from Normandy thrived. Their classes were more challenging, there were more activities available, and the school was well-resourced.

A year later, the state took over the Normandy District, and gave it a new name; as a “new” district, it had no accreditation status, and therefore students were no longer entitled to transfer to other schools. Parents fought that decision in court and eventually won, but even with the court on their side had to continue to fight to get their children into other schools. In the meantime, the “new” Normandy hired new teachers, many of whom were inexperienced or not committed to teaching Normandy’s students.

The tale of the failings of segregated schools is a familiar one to Chicago families. Here, greater than 50% of all Black students attend schools segregated both racially and economically. A sizable number, 17%, of all CPS Black students attend schools that sociologists have deemed “Apartheid Schools”—those with populations at least 99% Black. Typically these schools are the ones most neglected, the ones most likely to be closed down (with students sent to similar schools)—schools with the most need and the least support. The CTU advocates for the schools Chicago students deserve, and that includes a plan for integration.