In defense of Critical Race Theory

Jesse Hagopian is an ethnic studies teacher at Garfield High School in Seattle. In honor of Black History Month, we are reprinting a transcript (originally posted at Tempest Magazine) of remarks he gave during a virtual panel on December 15, 2021, about the ongoing right-wing assault on Critical Race Theory. He’s a member of the Black Lives Matter at School national steering committee and co-editor of the Black Lives Matter at School book published by Haymarket Books. 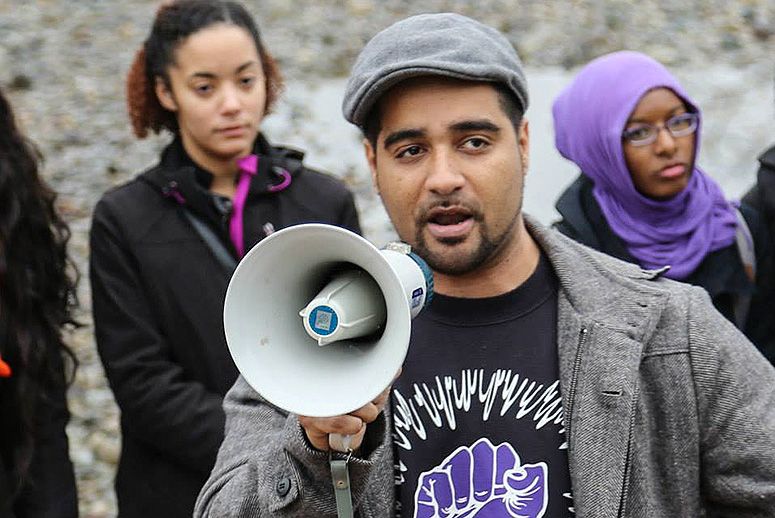 I’m excited to be with you all for this important discussion. It feels of monumental importance to be able to gather with community at a time when we’re grieving the loss of bell hooks. It just feels better not to be alone. She influenced everybody who was interested in liberatory pedagogy and intersectional movements for justice.

Thanks for offering me this opportunity to talk about the fact that in some 14 states across the country politicians have passed laws to outlaw teaching Critical Race Theory — that is, teaching the truth to children. This is all over the country, North and South. We’re talking about Arizona, Florida, Georgia, Idaho, New Hampshire, Oklahoma, South Carolina, Texas, Tennessee, Utah, North Dakota, and more.

Some 28 states have introduced legislation that attempts to require teachers to lie to students about structural racism, sexism, heterosexism, and other forms of oppression. We’ve seen the 1619 Project come under attack.

The Zinn Education Project and Black Lives Matter at School have all become some of the primary targets of this right-wing attack. Of course, this isn’t the first attack on Black education. This has been a permanent feature of American society from the time when it was outlawed for my ancestors, enslaved Black people, to be literate — something punishable by maiming and death — to Reconstruction when over six hundred Black schools were burnt down between 1866 and 1876. 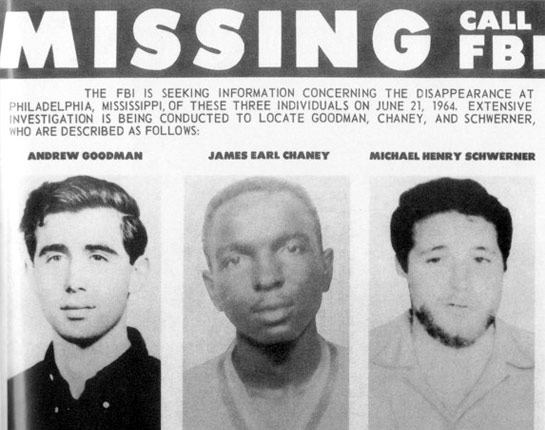 It didn’t end then. White supremacists burnt down Freedom Schools during the Mississippi Freedom Summer in 1964. And today they are trying to reduce anti-racist pedagogy to ashes.

The irony is that in their zeal to ban the teaching of structural racism, they have effectively banned the teaching of all that they idolize. They would like us to abandon texts from Black luminaries like bell hooks and Toni Morrison and stick to teaching about the founding documents.

But the founders wrote into the Constitution that Black people were three-fifths of a human being. So, if you follow the letter of the CRT bans, we can’t even teach the Constitution, because it exposes the country’s racism back to its very political and economic formation.

In another example of the boundless satire that is the United States of America, Juneteenth just became a federal holiday at the same moment when it has become illegal to teach about it in many states. The refrain of “land of the free” continues to take on new and intricate shades of mockery.

The great paradox of these anti-CRT bans is that they are confirming the central claims of Critical Race Theory — that racism is embedded in the law, even when it appears to use race-neutral language, and that any progress towards racial justice will be met with a white supremacist backlash. That’s really what we’re seeing.

The uncritical race theorists are certainly organizing this criminalization of anti-racism as part of the backlash against the Black Lives Matter uprising in 2020. That produced the broadest protest in U.S. history. It was led by Black people in every state but joined by millions of other people of color and white people.

We’re facing a vicious counterattack against our movement. Take for instance, Matthew Hawn, who I just spoke to a couple of days ago. He is a teacher in Tennessee. He was fired from his job for assigning a Ta-Nehisi Coates essay and a poem by Kayla Jenee Lacey about white privilege.

Amy Donofrio was fired from a school in Florida for having a Black Lives Matter flag in her classroom. She was teaching at Robert E. Lee High School. No wonder she felt the need to have a flag that affirmed the lives of Black people.

All around the country, teachers are receiving physical threats for teaching the truth. There was a teacher, just a few hours south of Seattle, where I live and teach, who received physical threats for signing the pledge to teach the truth that I helped launch with the Zinn Education Project. The threats have gotten so bad that even the attorney general had to issue a statement saying that they will be investigating attacks on educators.

The right wing is worried about the kind of anti-racist conversations that could occur and the consequences that could happen from them if you read books by Alice Walker and others. That’s why they’re banning books again.

But you must have a way to explain racial inequality for most of American history. The popular explanation for inequalities was biological inferiority, right? This overt scientific racism was mainstream American thought of the eugenics movement.

The new anti-Critical Race Theory bill in South Carolina would ban teaching that race and sex are social constructs. This would literally bring us back to a eugenicist explanation of the biological understandings of race and make it respectable again.

But Critical Race Theory has a different explanation about race that says that it’s a social construct, a structural feature of American history and society. The right knows that this is a threat to them. That’s why they are quickly moving to ban books across the country. In South Carolina, they have removed The Handmaid’s Tale by Margaret Atwood and The Bluest Eye by Toni Morrison.

In New Hampshire, they have removed Fences, a play by August Wilson. They’ve already banned teaching about structural racism in New Hampshire, but they wanted to make sure they were clear. So, they’re passing another law, a loyalty oath law that would ban public school teachers from promoting any theory that depicts US history or its founding in a negative light, including the idea that it was founded on racism.

The bill is updating a Cold War-era law that bans educators from advocating communism in schools and adds additional bans on advocating socialism and Marxism. It’s incredible how the Republicans right now are howling about Marxist plots behind Critical Race Theory.

Idaho Rep. Ron Nate explained his sponsorship of the bill that passed there by saying:

“House Bill 377 is a great win for Idaho because it prohibits the promotion of Social Justice programming and advocacy for Critical Race Theory (CRT) in our schools and universities. CRT, rooted in Marxist thought, is a pernicious way of viewing the world. It demands that everything in society be viewed through the lens of racism, sexism, and power.”

In the late 1940s and early 50s, the U.S. experienced a virulent anti-communist witch hunt. It wasn’t started by Wisconsin Sen. Joseph McCarthy, but he certainly helped bring it to a boil. Thousands of people around the nation were condemned before they even answered the question, “Are you now, or have you ever been a member of the Communist Party?”

This attack started before McCarthy — under Democratic Party president Harry Truman, who signed Executive Order 9835, which established a loyalty program for federal employees. In the following year, some 5 million investigations of public employees were conducted. Thousands of people were fired and imprisoned.

No one was safe. Radical workers were targeted in government jobs, industry, Hollywood, and schools. There was a suffocating chokehold of suspicion used to strangle any vocalization of dissent from any unquestioning allegiance to the stars and stripes.

These attacks were against people who identified as Communists, who were leading some of the most dynamic anti-racist and labor struggles in the country. At the same time, the label was applied to all other people who had any criticism of the government or any organized dissent. They were victimized, and any criticism of the U.S. was practically criminalized.

Many hundreds of educators were dismissed from schools under suspicion of being a Communist in New York City alone; 409 teachers were purged from the school system after being labeled communist. Some 30,000 educators in Los Angeles were forced to submit to loyalty oaths.

These attacks were advertised as being about containing the Soviet Union, but in reality, the Red Scare was primarily about two things. One was disrupting the militancy of the labor movement that was often led by socialists, and two, disrupting the Black Freedom Struggle. Today, the red-baiting of Critical Race Theory is about maintaining white supremacy and capitalist power.

I want you to consider the words of Christopher Bedford, who’s a senior editor at The Federalist. He really made clear the underlying objectives of this attack on Critical Race Theory. He said:

“Our schools — from preschool all the way to graduate programs — have gone seriously astray in a way that no single law can ever hope to fix. Masks, ‘critical race theory,’ or whatever you want to call it, is a visible sore on our schools. They are painful symptoms of a much deeper sickness … Every year this country spends $640 billion on public K-12 education, and a huge share of that money is going to people with evil ideas who want to poison your children to think the same way … So, what’s the solution? The answer is to think bigger … Here’s what we should do: Defund the schools for real.”

That’s what is behind this attack on Critical Race Theory. They want to defund education and continue to fill the pockets of the wealthiest people. The GOP has made the attack on teaching about structural racism the centerpiece of their attempt to regain power in the 2022 and 2024 elections. This is really shaping up to be a generational battle against racism, akin to the struggle to desegregate the schools.

But this struggle is about a lot more than just the elections. One of the primary ways that the billionaire class maintains its power has always been through controlling what is acceptable knowledge. This is part of what Henry Giroux has called the violence of organized forgetting.

The current attacks on Critical Race Theory, on ethnic studies, on critical pedagogy, is not just antics or a distraction from the real issues, as I hear liberals sometimes frame the issue, but I think instead should be understood as attempted “episteme-icide”, the killing, silencing, and annihilation of entire systems of knowledge.

Therefore, we are building the Teach the Truth movement. We must engage in what Dr. Jarvis R. Givens has called fugitive pedagogy. The Zinn Education Project has teamed up with Black Lives Matter at School and the African American Policy Forum to lead a series of rallies over the summer. On October 14, George Floyd’s birthday, we called for educators across the country to teach lessons about structural racism.

I think today’s struggle against these bills banning teaching about structural racism is a struggle, not just about education, but really about the entirety of what kind of society we are going to live in. It’s about whether a multiracial democracy is still even a goal.

I’ll just end with the words of bell hooks, who said:

“My hope emerges from those places of struggle where I witness individuals positively transforming their lives and the world around them. Educating is a vocation rooted in hopefulness. As teachers, we believe that learning is possible, that nothing can keep an open mind from seeking after knowledge and finding a way to know.”