The city announced the other week that 7 TIFs in the downtown area would be swept for all surplus funds and shut down earlier than planned. TIFs are tax districts that are created to help blighted areas improve by leveraging public tax dollars to promote private economic development. TIFs get tax dollars by freezing the tax base for all properties in its area at the time of creation, so that any amount of property value above that frozen base will accrue taxes towards the TIF district fund instead of towards the overlapping government entities, such as the City, CPS, the parks department, etc. TIFs have a long history of abuse in Chicago, having been used as the mayor’s slush fund, with great expenditures in non-blighted areas close to downtown. The sweep of the downtown TIFs means that the city will spend-down TIF funds for all projects that have already been approved, and that any dollars that the TIF districts retain or collect above and beyond their obligations will be returned to the other taxing districts. 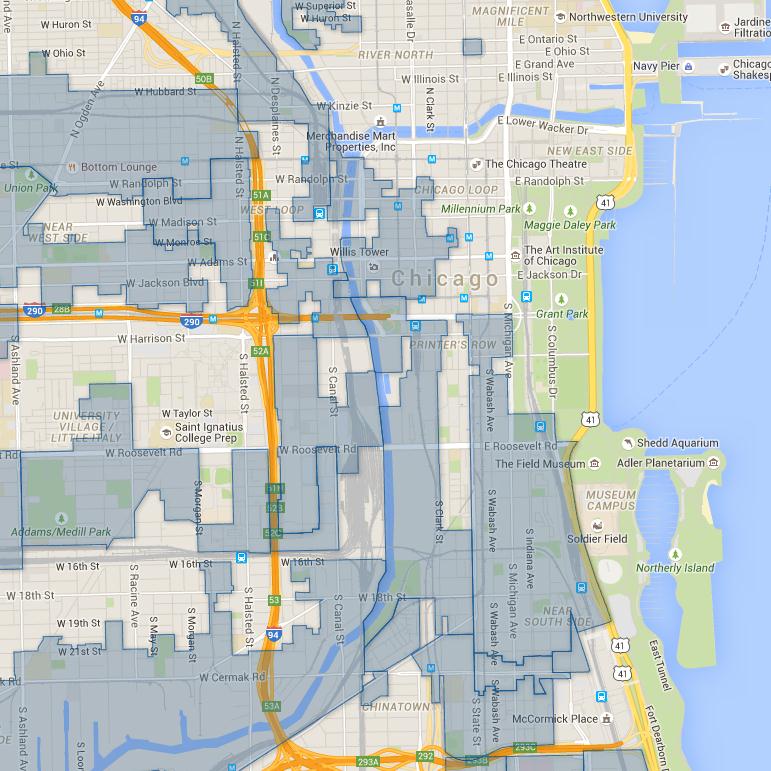 The downtown area is mostly covered by TIF districts. Image created from http://derekeder.com/maps/chicago-tif/index.html

This maneuver is expected to return roughly $250 million to the taxing bodies over the next five years, of which $125 million would go to CPS over this period. However, this equates to roughly the same amount that the CPS has already been getting from the annual declared surplus for the last several years. Intensifying public pressure has compelled the mayor to announce annual surpluses, even as he has maneuvered to keep the TIF surplus process in his control by stifling the TIF surplus ordinance that progressive city council members had signed onto. This most recent maneuver is also a result of the critical focus placed on some of the expenditures that have benefited the central city, one of the more prevalent ones being the $50 million used for land acquisition related to the De Paul stadium in the South Loop. But the wind-down of the TIFs during CPS budget crisis also show how little the city has done to come up with sustainable revenue for both essential services as well as for city infrastructure needs. The TIFs function as a hidden tax on city residents, and while supplying ample revenue for the mayor’s pet projects, by siphoning revenue from other tax bodies, they make any property tax increases by CPS for their operations more difficult to bear by the average resident.

Speaking about the surplus of downtown TIFs, Alderman Waguespack said:

“To have that much of the city’s strongest economic engine covered in TIFs was detrimental to CPS and other property taxpayers. They ran into financial disarray at CPS. They don’t have much of a choice.”

The City and CPS needs to address their budget shortfalls with sustainable revenue that goes far beyond relying on scraps from the mayor’s slush fund.