After Mayor Rahm Emanuel closed a record 50 schools in Black and Latinx neighborhoods in 2013, Chicago Teachers Union President Karen Lewis said that the CTU would organize to change our city and county’s political landscape. Two years later, Emanuel was forced into a runoff, along with 18 aldermen, and CTU member and school counselor Susan Sadlowski Garza was elected alderman of the 10th Ward.

Last night, former mayoral contender, Cook County Commissioner Jesus “Chuy” Garcia, was elected to Congress by a margin of more than 40 percent. CTU organizer and former Jenner Academy of the Arts and Westinghouse College Prep teacher Brandon Johnson defeated incumbent corporate lobbyist Richard Boykin to become Cook County Commissioner of the 1st District; community organizer Delia Ramirez won handily in the 4th District of the Illinois House, defeating three opponents to replace retiring State Rep. Cynthia Soto; and CTU member and Back of the Yards College Prep college counselor Aaron Ortiz defeated Dan Burke, the long-standing incumbent in the 1st District of the Illinois House, despite support from his brother, Ald. Ed Burke, who runs one of the oldest and most politically powerful ward operations in the city.

“What unites every one of these candidates is their commitment to public education, and their vow to put people before profits and the needs of the many before the greed of the few,” CTU Vice President Jesse Sharkey said. “We are proud that our members chose to support and put sweat equity into these campaigns, and we look forward to advancing this progressive wave in Chicago and across the state in November.”

Last night’s victories were the result of years of organizing for a just and equitable city and county, as educators, parents and public education activists drew a line in the sand following Mayor Emanuel’s mass school closings five years ago. Since then, coalitions have worked to build a solid infrastructure to push past the politics and policies that shield billionaires like Gov. Bruce Rauner from paying their fair share; defeat the lie of right-to-work promulgated by right-wing ideologues; dispute the unfair characterizations of retirement security; and support the need for democracy in Chicago Public Schools.

Last night’s victories were about the people who need public schools and the county health care system fully funded and resourced. Voters in Chicago and Cook County pushed back on austerity—and won.

CTU rank-and-file members interviewed, endorsed and worked tirelessly for candidates who respect and support public educators, and demand that the rich pay their fair share of taxes. These champions of public education are prepared to fight in Chicago, across Cook County and downstate in Springfield for the rights and dignity of our students, their families and the future of all of Chicago’s people, not just a handful of wealthy elites. Among the CTU-endorsed winners are:

Each of these candidates supports an elected, representative school board, fair and adequate funding for public education across the state, and a progressive income tax that will end the financial burdens that have put so many Illinois residents on their heels. Their victory is a victory for our students, their families and all of Chicago’s residents. 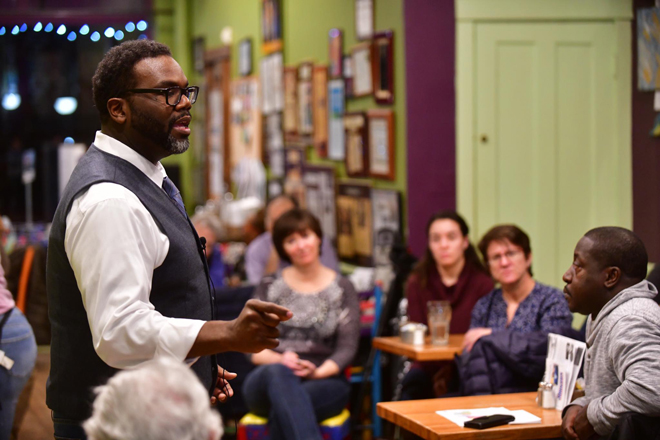