Arbitration is the final step in our contract that can be used to resolve a grievance or dispute, and defined as the private, judicial determination of a dispute by an independent third party. When the Board of Ed moves to dismiss a tenured teacher for cause, the teacher is entitled to a hearing before an Illinois State Board of Education (ISBE) hearing officer. There are several recent arbitration and ISBE cases of interest. 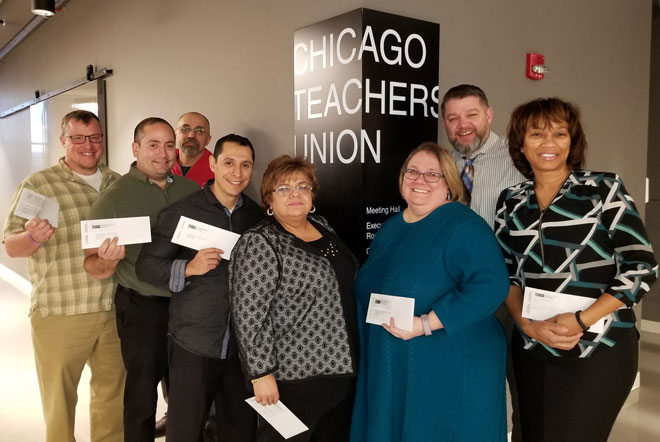 In another CTU win, Washington, Juarez and Lincoln Park counselors received payouts totaling more than $200,000 after teaching classes for credit, setting a precedent that counselors would only be required to do counseling work.

Our Grievance Department, field representatives, organizers and legal and support staff are here to help delegates and members challenge contract violations through school PPCs, the grievance process and our organizing strategies. Talk to your field rep to learn more about how to use our contract and our union’s resources to protect your rights, your classroom conditions and your school community.