CHICAGO, February 7, 2022 — The Chicago Teachers Union issued the statement below after Chicago Mayor Lori Lightfoot claimed that there was a correlation between remote learning for our students in 2020 and the rise in carjacking, without producing any evidence to back up the racist claim.

“Every child in our public schools in Chicago deserves an apology from the mayor today, who claimed with zero evidence that there was a correlation between remote learning in 2020 and an increase in car-jackings, which have been growing across the nation. To suggest that our students are somehow disproportionately responsible for these crimes is precisely the kind of scapegoating and smear tactics Black and Brown students and adults have had to contend with in any discourse about crime for generations.

“Does the mayor not understand that to claim that remote learning causes car-jacking is intellectually unsound and politically venal? Is the reason she resisted moving to remote learning during the Omicron surge because her bogus belief in that false correlation has become part of her crime-fighting tactics?

“The mayor’s rhetoric today hails back to the 1980’s smear tactics of Ronald Reagan and his education secretary Bill Bennett. What we need today instead is real partnership and resources to address not just the root causes of crime, but the poverty, disinvestment and institutional racism that drives so much dysfunction in our neighborhoods. Public school students and families need respect and support from the mayor, not her endless finger-pointing and buck-passing – especially not onto the backs of our students, who the mayro continues to desperately shortchange in the public school district that she runs.” 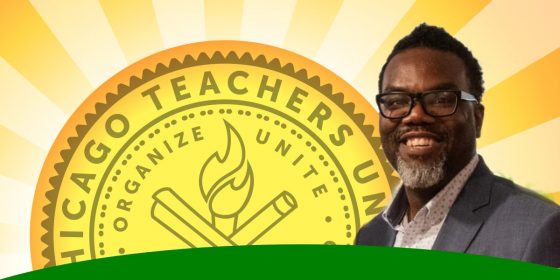