CHICAGO—Chicago’s new mayor ran on a platform that mirrors the CTU’s, from eliminating racial and economic inequities in school communities to increasing trauma services and wraparound supports—and supporting an elected, representative school board.

Today, Chicago Teachers Union members and supporters will gather at the Thompson Center at 100 W. Randolph St. to demand that City Hall make that promise for educational equity real—at the ‘Keep the Promise’ Rally for a Fair Contract. AFT President Randi Weingarten will join aldermen, teachers, paraprofessionals, parents and students to push for the education equity agenda embedded in the CTU’s demands as it bargains a new contract.

Today is a national day of action for educational equity, with coalitions from 20 cities affiliated with AROS, the Alliance to Reclaim Our Schools, holding actions to demand equity and end racial injustice in schools nationwide. Chicago’s action kicks off at 5 p.m. with speakers—among them parents, students and educators—joining
Weingarten and newly re-elected CTU President Jesse
Sharkey, followed by a march at the end of the rally.

The Chicago Teachers Union has built its bargaining demands around a commitment to the common good for public school students, families, educators and school communities across the city’s neighborhoods.

Those demands are designed to end ‘separate and unequal’ school policies and the chronic neglect of South and West side public schools. The CTU is calling for a reversal of the purging of educators of color from CPS, wrap-around supports for Chicago’s overwhelmingly low-income students of color, better wages and benefits for educators and support staff, adequate staffing of school nurses, social workers and other frontline staff, full funding for services for special education, bilingual and English language learners, and other critical education resources.

In January, the CTU began bargaining a new contract with CPS. On May 1, a federal mediator began participating in bargaining, and on May 15 CPS and the CTU began formal fact-finding—putting the union on track to take a strike vote by the beginning of the school year next fall.

Chicago’s action is using the hashtags #CTUPromise and #FairContractNow, along with AROS’ hashtags #WeChooseEquity and #FundOurFuture for the national day of action. AROS allies are staging protests and bus tours in cities that include Birmingham, Cincinnati, Denver, Dallas, Baton Rouge, Houston, Jackson, Peoria, Washington DC and Sacramento, where educators and allies are also coming from Los Angeles, Oakland and San Francisco to rally at the state capital for fair school funding. 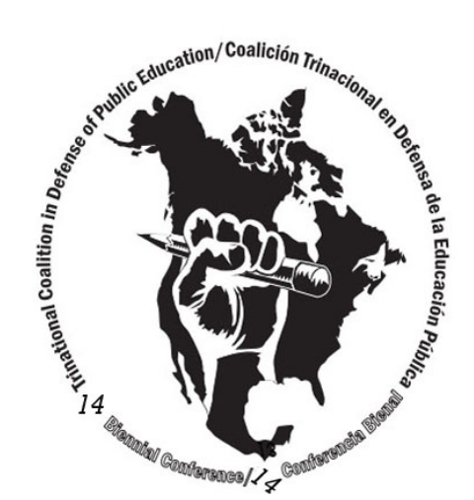