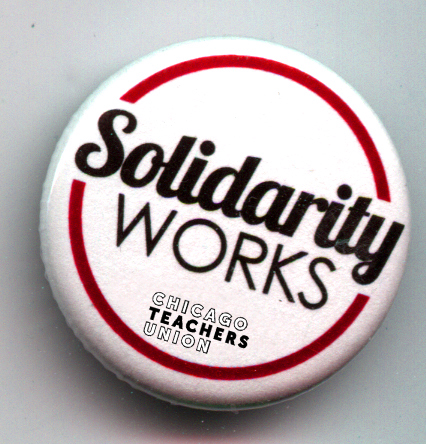 1. On Friday, CPS finally sent the discipline rescission notices to 55 members targeted this past winter for communicating with parents about how unsafe CPS’ reopening plan was. We filed a grievance and a ULP charge, and we reached a settlement in July whereby CPS agreed to rescind the discipline. At that time, we sent an eblast to all members announcing the settlement.

But it took until this past Friday for CPS to finally issue the formal notification, and it’s been great to receive happy messages from some of the impacted members!

2. Also on Friday, the Illinois Educational Labor Relations Board (IELRB) issued a complaint against CPS over its failure to comply with the arbitration award in the clerks and tech-co’s arbitration from last year, which granted these workers the right to work remotely. This is illustrative of how slow the labor board process often is, but the issuance of a complaint is a good thing for a couple reasons.

First, now that we have the settlement for all of the discipline cases from last year finalized and implemented, the next order of business is getting back pay for those who were denied pay for remote work from last year. A decent number of those are clerks and tech-cos, and this complaint will provide us some leverage there.

Secondly, if you’ll recall, that arbitration award held that CPS had violated the health and safety provision of our contract (Article 14-1, “Safe and Healthful Working Conditions”) by requiring clerks and tech-co’s to work in-person during the pandemic without adequate safety protocols. And we filed a new grievance last week alleging that CPS is again violating that same provision of the contract because, in addition to not bargaining in good faith toward a safety agreement, they are not even meeting the standards from their own proposals that they’ve committed to in writing, in particular around testing, contact tracing, and vaccination events.

So, given the precedent of the arbitration award from last year, the complaint the IELRB just issued over CPS’ failure to comply with it, and the fact that Mayor Lightfoot’s CPS team isn’t even close to meeting standards on testing, contact tracing, and vaccination, it’s hard to see how they’ll be able to contend that they are in compliance with the health and safety provision of our contract.

We will send out further updates as we get them, so stay tuned!