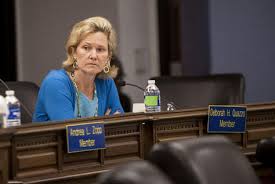 CHICAGO—The Chicago Teachers Union (CTU) calls for the immediate resignation of Chicago Board of Education member Deborah Quazzo amidst reports that companies that Quazzo has ownership in have been paid nearly $3 million by Chicago Public Schools (CPS) since her appointment to the Board by Mayor Rahm Emanuel. Coupled with the nearly $1 million in contracts paid to Quazzo’s companies from 2010 until her June 2013 appointment, the Board’s newest member is profiting at the expense of the city’s school children to the tune of nearly $4 million from her private investments in companies with lucrative contracts with CPS.

This emerging controversy follows a previous scandal involving Board of Education president David Vitale, who advocated for toxic interest rate swap agreements with Loop Capital, Bank of America, Goldman Sachs and the Royal Bank of Canada that will cost the district more than $430 million over the lifetime of the agreements. Vitale is also the former board chairman of the Academy of Urban School Leadership, which has greatly expanded the number of schools and funding it receives from “turnarounds” decided on by the mayor’s handpicked Board since Vitale began his tenure.

It is unusual for a public official to profit from businesses over which they have direct oversight authority. While Quazzo has denied wrongdoing and recused herself of decisions involving the companies, this is an insufficient check against corruption. Quazzo is a known venture capitalist who worked with Merrill Lynch and JP Morgan Chase before joining the Board.

“Once appointed, she should have withdrawn all investments in any companies associated with the Board in order to diminish any conflict of interest and remove her ability to profit as a result of her school board appointment,” said Financial Secretary Kristine Mayle. “Instead, she decided that her profits were more important than her stewardship over a system of more than 400,000 students, and we regret that she made that choice.”

At the time of her Board appointment, CTU President Karen Lewis blasted the charter school booster and said the mayor’s selection  was “a missed opportunity to include a compassionate voice that will fight for an equitable, thriving school district for all students.”

The CTU calls for Quazzo’s immediate resignation and, in lieu of these numerous scandals, demands that the mayor ends his campaign against an elected, representative school board that will provide transparency, fairness and democracy to the management of Chicago’s public schools.