Today started with a spirited rally in Union Park, sponsored by our allies, including the Chicago Federation of Labor. Participants heard from CFL President Bob Reiter, and leaders from many allied unions, like the Illinois Education Association, American Federation of State, County and Municipal Employees District 31, the Teamsters and the Chicago Federation of Musicians. Other allies in the Working Families Party and Grassroots Collaborative brought solidarity greetings. We also heard from victorious CTU strikers at Passages Charter School, who arrived at a tentative agreement last night, as well as other rank-and-file CTU members, like Roxana Gonzalez. After SEIU 73 President Dian Palmer and our President Sharkey addressed the crowd, the union of teachers at Old Town School of Folk Music closed us out with a moving rendition of “We Shall Not Be Moved.” Families enjoyed a day of festivities, with face painting and an ofrenda to commemorate the upcoming Día de los Muertos holiday, November 2. The solidarity these unions offered was warmly received as we move towards a possible second week on strike.

Today, Chicago Board of Education President Miguel del Valle joined at least 50 striking special education teachers and their allies for a press conference at Blackhawk Park, where he signed onto a pledge to “advocate for a Chicago Teachers Union contract that protects the rights of students with disabilities.”

The pledge he signed contained three key CTU contract demands that CPS and Mayor Lightfoot continued to resist at the bargaining table. The specific wording of those demands are “dedicated case managers,” “reasonable workloads that allow case managers to meet the needs of students,” and “protections for the legal rights of students with disabilities.”

Del Valle has been a longtime supporter of the battle for equity and education justice. As a state senator, he called the 1995 legislation that stripped the rights of CTU educators to strike over class size and staffing needs the worst piece of education legislation he’d ever seen.

Be a Hero for Special Education Students!

I, Chicago Board of Education President Miguel Del Valle, promise to be a champion for the 50,000 special education students in CPS. I will lead CPS to undo the harm done to students through the systematic delays and denials of special education services under the previous Board.

I will advocate for a Chicago Teachers Union contract that protects the rights of students with disabilities by ensuring:

Oh, by the way, this happened…

Here’s @chancetherapper on the @CTULocal1 strike: “Honestly to the teachers in Chicago, I know you are on strike right now. I fully support you. I just wish when I was in school my teachers had gone on strike.” pic.twitter.com/os9M8gTqtW

The CTU’s team bargained with CPS until nearly midnight Saturday. As negotiations continued, we are now down to some of the most important and thorny issues in our negotiations, like pay for veteran teachers, salary increases for paraprofessionals, and prep time. President Sharkey characterized today’s talks as productive. At this point, CTU’s proposals and CPS’s proposals have only $38 million total in cost difference. That amount accounts for about one-half of one percent of the CPS budget annual budget, though a number of the proposals to which CPS has not yet agreed would not cost anything to the district. The CTU offer calls for an enforcement mechanism for class size. The last CPS offer would have failed to address class size issues for 60% of schools. Our offer expands conditions for adequate staffing and special education compliance. Finally, while we have always said we’d be open to the possibility of a longer contract if the provisions in it were strong enough, we still demand a three year contract.

Our bargaining team will return to the table Sunday morning to continue meeting with the Board of Education’s team in an effort to reach an agreement. We will also hold another TeleTown Hall Sunday evening (see below) to discuss our current bargaining position with our entire membership.

Watch the livestream of our press conference at 12:30 a.m. following the wrap-up of today’s bargaining: 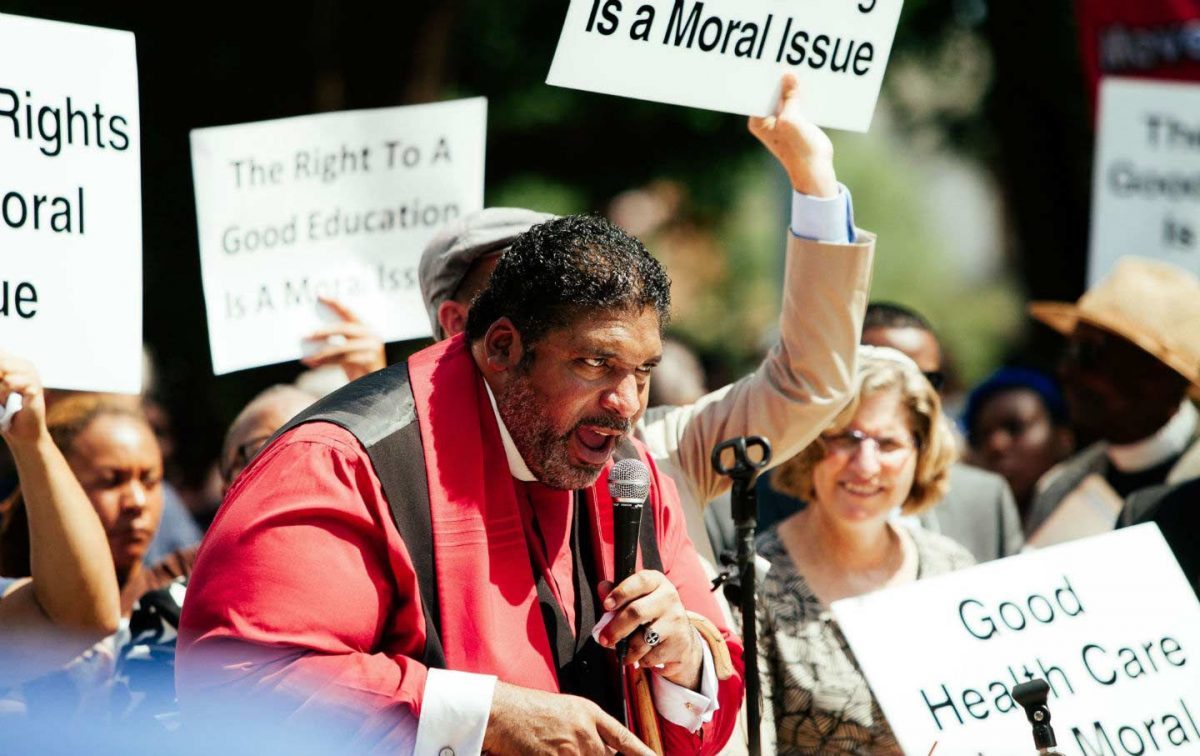 Rev. Dr. William Barber II, founder of the Moral Mondays movement, President of the North Carolina chapter of the NAACP and co-founder of the Poor People’s Campaign: A National Call for a Moral Revival will bring the voice of his civil rights activism to the cause of striking educators with the Chicago Teachers Union and Service Employees International Union Local 73.

In order to provide more information about the status of our strike and negotiations, we will hold a telephone town hall at 7:00 p.m. Members with up-to-date phone numbers in our database will receive a call around 7:00. Just answer your phone to participate.