MENUMENU
Home > Posts > Against Sorting: How the charter movement squashes the dreams of students with real and perceived disabilities

Against Sorting: How the charter movement squashes the dreams of students with real and perceived disabilities 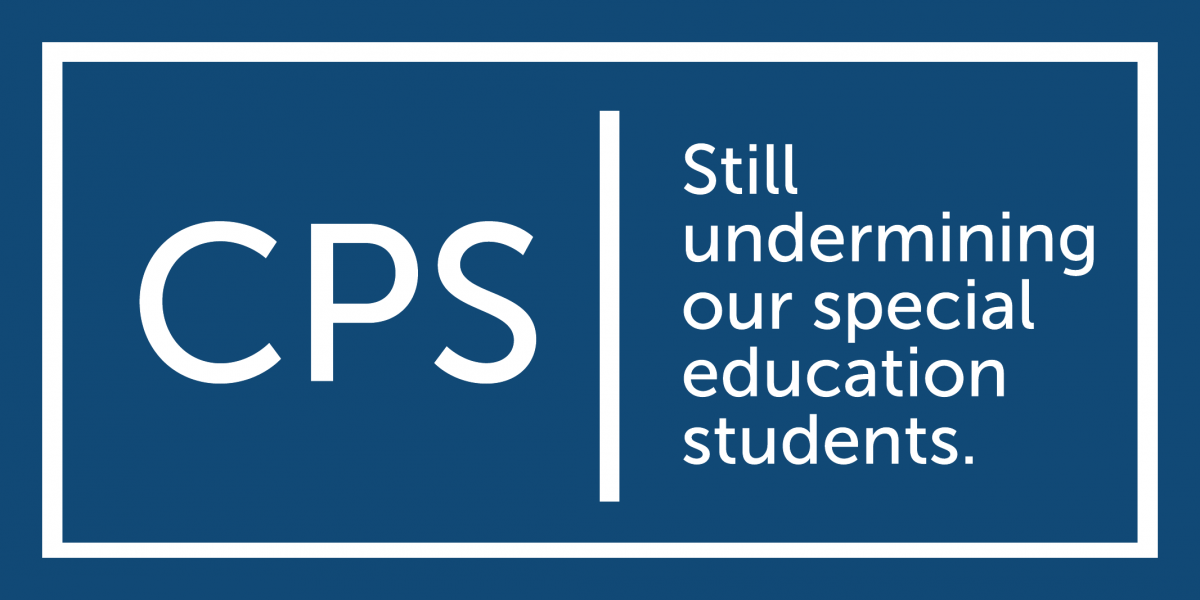 Brilliance comes in many forms, but our current system defunds educational access for neurodivergent students of color, to our collective detriment.

In the 1993 biopic Malcolm X, a white teacher dismisses Malcolm’s aspiration to be a lawyer, offering instead that he should be a carpenter, quipping, “Jesus was a carpenter.” Watching Spike Lee’s film with the African American history class I co-teach at Austin College and Career Academy on the West Side of Chicago, I couldn’t help but think about how the neoliberal vision of “school choice” — sold as the savior of Black and brown students — has instead condescendingly condemned neurodivergent students and students with perceived disabilities, as well as English language learners, to lowered horizons, just like Malcolm’s teacher. Meanwhile, well-off, usually white, parents are able to secure the support that children with dyslexia and other learning disabilities require to reach their full potential.

Growing up, I was often told I was special, even brilliant. I was in the gifted program at my school, funded by an affluent white suburban tax base, by parents who wanted to call the manager if their child wasn’t let in. Despite my learning disability in math, ADHD, and slower than average processing speed, my teachers still encouraged me to apply to Ivy League universities, to see the world as my proverbial oyster. Though many of my students at Austin come from loving, supportive families who expect them to pursue post-secondary education, most have not received the same messaging that I did regarding their full range of possible opportunities.

Charters want a piece of the pie

As education scholar Dr. David Stovall explains in his essay Charter Schools and the Event of Educational Sharecropping: An Alternate Take on the Chicago Phenomenon, educators and community organizers spearheaded the school choice movement in order to offer low-income Black and Brown families the same scope of options as middle class white ones, but such mom-and-pop charters were soon supplanted by corporate CMOs (Charter Management Organizations) thirsty for a piece of the $600 billion U.S. education budget.

CMOs apply the logic of free-market capitalism to public education: the idea that, in Stovall’s words, “if one school performs well, its success will push others to improve or close, as families ‘choose’ better education providers and drive down enrollment at subpar schools.” Charters are often built next door to neighborhood public schools like Austin College and Career Academy, “plucking off” students who do not have learning disabilities or are not English language learners.

Prior to the passage of the Individuals with Disabilities Education Act’s (IDEA) predecessor the EHA (Education for All Handicapped Children Act) in 1974, schools were allowed to exclude students who had or were perceived to have disabilities on the basis that they were too  expensive to accommodate. Today, in order to keep their standardized test scores artificially inflated, charters — as well as public “magnet” or selective enrollment schools — exclude students like mine, violating the zero reject mandate of the IDEA and maintaining segregation along the lines of both race and disability.

“The problem with schools of choice,” explains Steven McIlrath, a math teacher who started teaching at Austin high school in the ‘90s and has witnessed its enrollment drop due to the proliferation of charters and magnet schools in the neighborhood, “is that it creates schools of non-choice.” In 2001, McIlrath conducted a study of CPS schools that had been placed on probation, which found that the majority had high percentages of students with IEPs (Individualized Education Plans): 30 percent at Calumet, 27 percent at Robeson, and 25 percent at Austin. In contrast, a meager 2 percent of the student body at prestigious magnet school Lane Tech had been identified as needing special education services.

As a neighborhood school, Austin is, for most students, a “school of non-choice.”  Jessica, a top student at Austin, did not test into a magnet or charter school. “When I was in middle school, I was going through a lot, and I didn’t have the mindset that I have now, where I feel like I can achieve anything,” she shares. Jessica is both high-achieving and neurotypical, a student who under different circumstances could easily have been “creamed” away by the selective enrollment process that sorts Chicago’s youth. But she doesn’t regret attending Austin, her parents’ alma mater. “I love Austin. I feel like it’s a great school with great teachers. I just wish we had the same resources and opportunities as everybody else.”

Built in 1876 and named for the wealthy white real estate mogul who developed the neighborhood’s original settlement, the school formerly known as Austin Community Academy High School has been referred to as a “yellow brick fortress.” A castle-like, imposing building with arched Gothic doorways and ivy crawling up its walls, my school educated mostly white middle-class students — the children of upwardly mobile European immigrants — into the mid-twentieth century, until the advent of white flight. Chicago public schools’ student-based budgeting policy limits funding to under enrolled schools in predominantly Black and Brown neighborhoods that have suffered subsequent decades of divestment and neglect by the city government.

As part of former secretary of education and CPS CEO Arne Duncan’s Renaissance 2010 plan to convert seventy “chronically underperforming” neighborhood public schools into 100 charter, contract, or performance schools, Austin Community Academy was shuttered and its students bussed out to the North Side. The building briefly housed three smaller schools before they merged back into what is today Austin College and Career Academy. Although the Chicago Teachers’ Union fought for and won a moratorium on new charter schools in the city, our school — built to accommodate several thousand — today only serves about 160 students. Our entire fourth floor is closed off, unused.

Why don’t we have a nurse?

“Hey, why don’t we have a nurse?” I recently overheard one student inquire of another.

“This is a Black school,” the other student responded. “They think we’re too tough to need one.”

Along with other high-need Chicago schools, Austin’s 2022-23 budget has been slashed even further, despite the fact that CPS is sitting on billions of dollars of federal funds allocated for public schools amidst the pandemic. Such austerity punishes the many students who have ended up at our school because they have learning disabilities, taking away the resources that well-funded schools take for granted: full-time nurses, libraries, extracurricular programming. A valued colleague of mine at Austin, another special education teacher, recently received a layoff notice due to the budget cuts. So did our attendance clerk.

My general education co-teacher, Nathaniel Satchell, who grew up in the Cabrini Green housing projects in the 1970s, witnessed the closure of Cabrini’s neighborhood school, Cooley High, and construction of the elite Walter Payton magnet school as the area gentrified. “Just watch, you’re gonna live across the street from Austin and not be allowed in the building,” he often says. “That’s what I always tell the kids: Watch out! Keep playing around and see what happens. They have plans for Austin.”

Prior to teaching at Austin, I worked as a reading clinician for Lindamood Bell Learning Processes, a private company that provides academic intervention services for students with disabilities. Developed by reading specialists Pat Lindamood and Nanci Bell in the 1970s, this highly effective methodology has been proven to increase the volume of gray matter in the brains of children with dyslexia. One of my students, a nine-year-old girl who came to our well-appointed suburban office reading at the seventh percentile for her age, finished a summer of four-hour-a-day, five-days-a-week intensive intervention able to read at the seventy-eighth percentile.

Such remarkable results can cost parents a considerable fortune. While Lindamood Bell does offer scholarships and partnerships with public school districts, the students able to access such services are typically rich and white. The IDEA entitles parents to sue school districts for outside services such as tutoring in reading if a student’s course of study is determined insufficient to provide them with a FAPE (Free and Appropriate Public Education), but few families have the knowledge or resources to initiate such litigation. Struggling readers too often are passed from grade to grade without acquiring the basic literacy skills necessary to survive under capitalism.

Unlike Malcolm X, a naturally academically-gifted student discouraged by our educational system’s bigotry, Black Panther party founder Huey P. Newton entered high school still unable to read. He went on to become a prolific writer and one of our country’s most important political thinkers. Imagine how much more spiritually impoverished our society would be without his contributions. Brilliance comes in many forms, but our current system defunds educational access for neurodivergent students of color, to our collective detriment.

Editor’s note: Student names have been changed to protect their privacy.

Phoebe Rusch is a diverse learners teacher at Austin College and Career Academy on the West Side.