Your vote is your voice.
Together, we build our power.

Our power comes from when we unite our voices to speak collectively as one, to organize for safer schools, for appropriate resources, or for needed policy changes in the state legislature or city council. We can also collectively act through voting. The 2022 Primary Election is upon us. It is vital that all CTU members vote to ensure that candidates who advance our interests are elected or re-elected to office. This year’s primary election day is June 28.

You can vote any of these three ways:

The March 2022 House of Delegates passed the following early endorsements recommended by the CTU Political Action Committee. These candidates have stood consistently with the Chicago Teachers Union on key issues such as an elected school board, bargaining rights, COVID safety and more. Complete the form above to let us know that you will help them keep the political atmosphere in Springfield supportive of public schools and the educators who make them work for students every day.

US House of Representatives 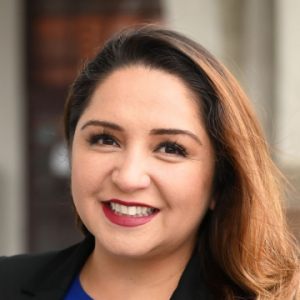 Delia is a CTU champion. She passed the elected school board bill last year and also led the General Assembly’s work on pandemic housing supports. An assistant majority leader in the Illinois House, Delia would be the first Latina elected to Congress from Illinois. The IFT has early endorsed Rep. Ramirez. Illinois' 3rd Congressional district covers the NW side of the city and suburbs stretching from the Chicago city limits west to Elgin and West Chicago. 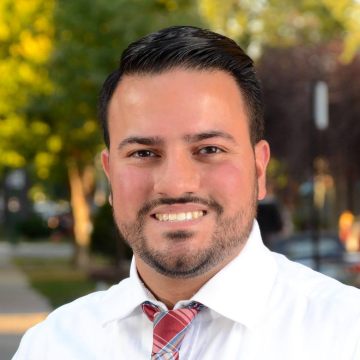 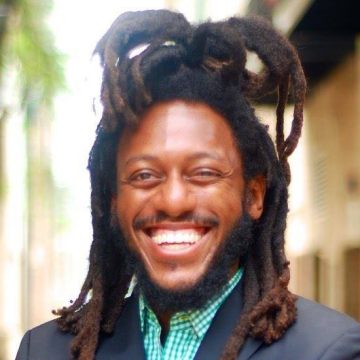 Sen. Simmons represents the far North Side and north lakefront of Chicago, including Rogers Park, Edgewater, and Andersonville. He is a supporter of the elected school board and was the chief sponsor of a bill in the last session to outlaw racist dress codes in Illinois schools that enact limitations on students’ hairstyles, in particular those that have specific racial, ethnic, and religious importance. 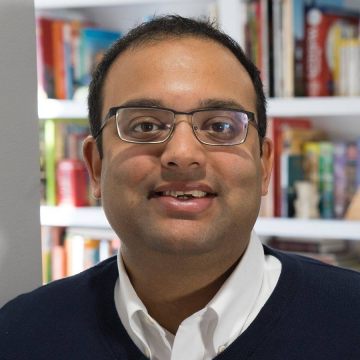 Sen. Villivalam represents parts of the 39th and 50th wards on the Northwest Side and parts of the suburbs. He is a former staffer for SEIU Healthcare and has been a key CTU ally in the Senate. He was a chief co-sponsor of the elected school board and bargaining rights bills and is a member of the Senate Progressive Caucus. Sen. Villivalam is currently the chief sponsor of a bill to allow members of the CTPF who worked in a private school to purchase two years of service credit. 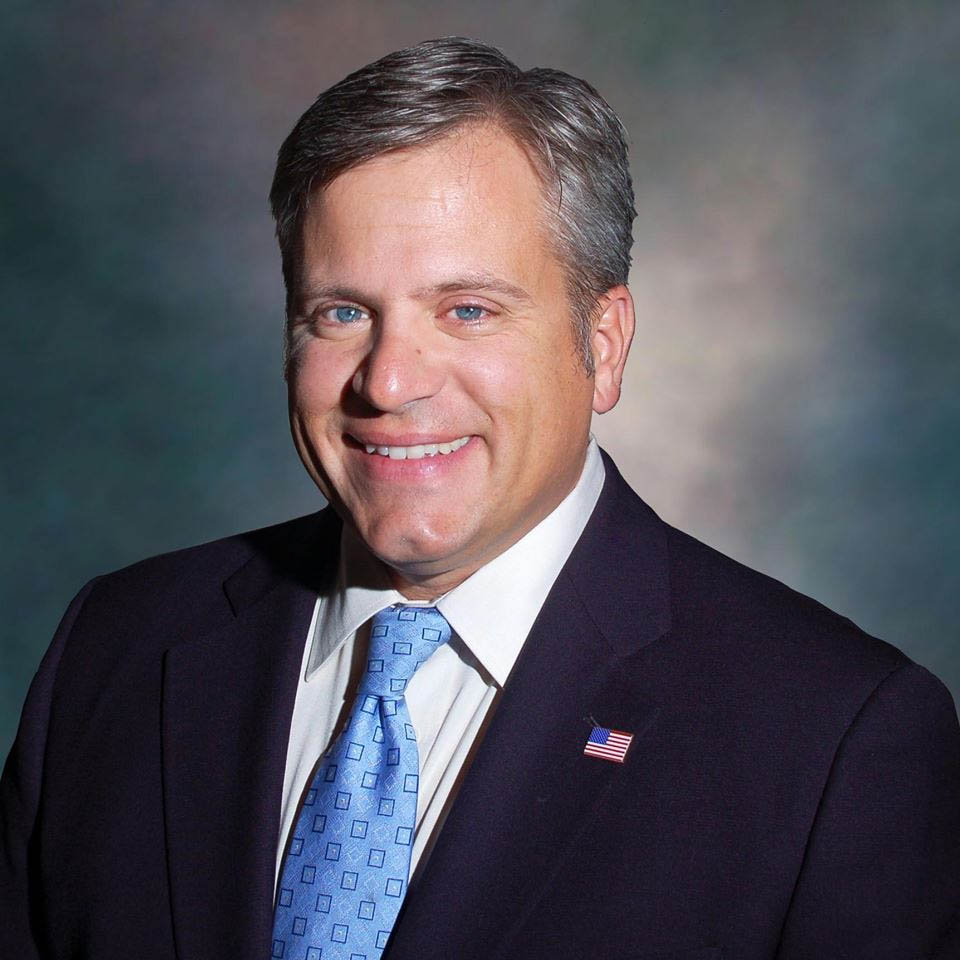 Sen. Martwick of the far Northwest Side has been a longtime CTU advocate, in particular in his role as the chief sponsor, first in the House and then in the Senate, of the Elected Representative School Board bill. Sen. Martwick successfully passed the bill last year. He's also been a major advocate for progressive revenue, including being the chief sponsor to get the Fair Tax amendment on the ballot in 2020. In his role as the chair of the Senate pensions committee, he passed a law to include teachers at contract schools in the Chicago Teachers Pension Fund. 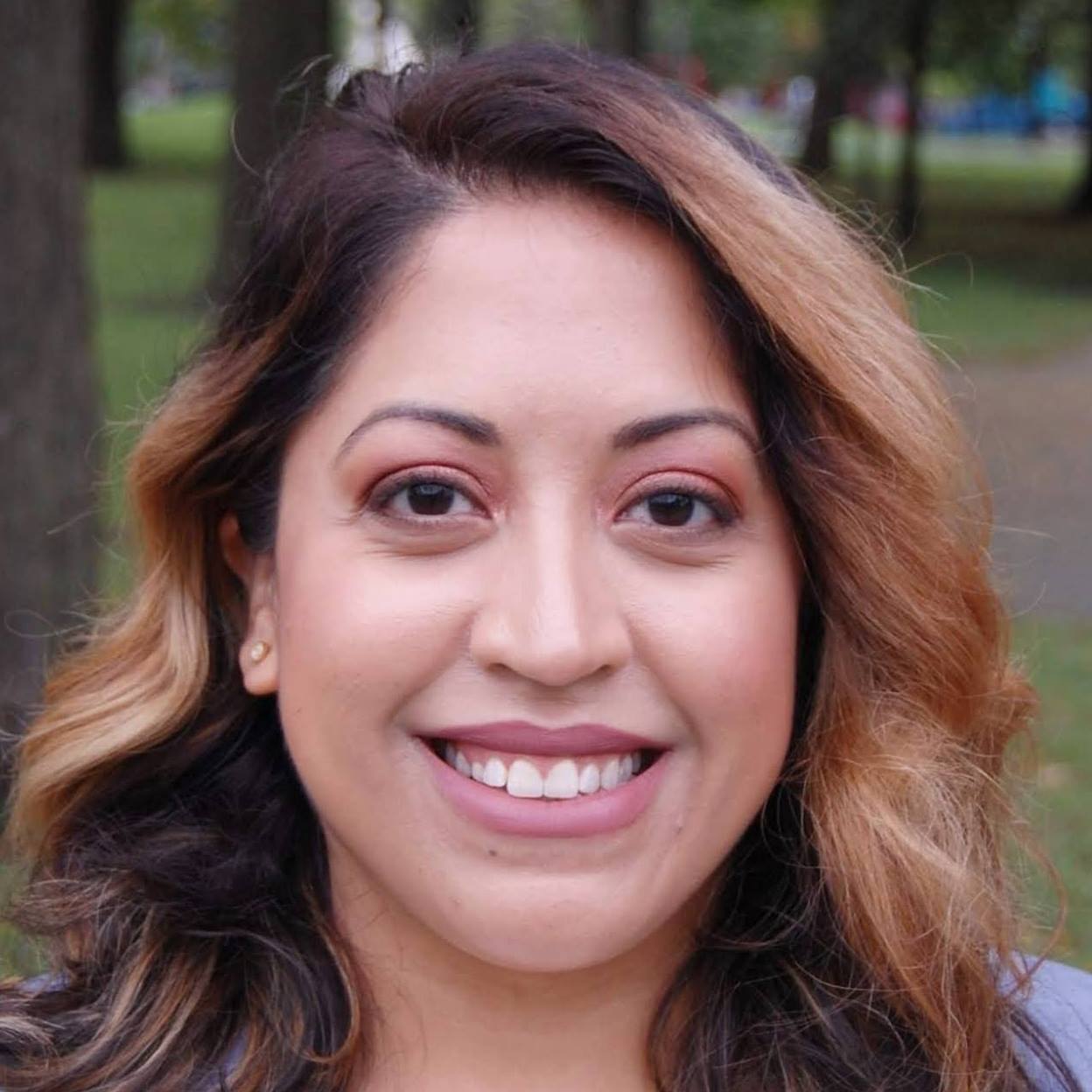 Sen. Villanueva represents much of the Southwest Side: Pilsen, Little Village, Brighton Park, McKinley Park, and Bridgeport. She is the chair of the human rights committee and a CTU champion. Besides her support of our bargaining rights and Elected School Board bills, she is the chief sponsor of our bill that would require neutrality agreements with charter schools to prevent hostile, anti-union campaigns by charter operators. Sen. Villanueva is also the chief sponsor of a bill for non-citizen voting in school board elections in Illinois. 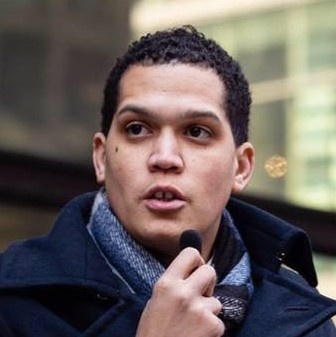 La’Mont R. Williams is an attorney and activist. He currently serves as Chief of Staff to Cook County Commissioner Bill Lowry. Activated in the protest movement set off by the murder of Laquan McDonald, La’Mont has continued to protest and fight for criminal justice reform. He has also led commmunity efforts to restore damaged businesses in the wake of looting, which occurred outside the protests. 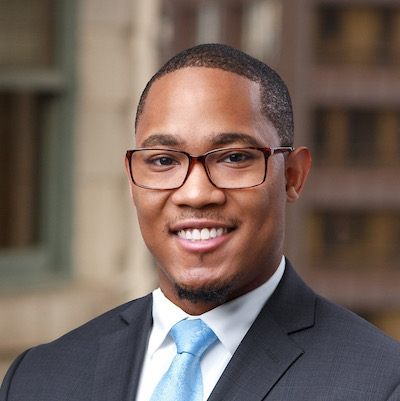 La’Mont Williams is a CPS alum and attorney running for the open seat in the 16th Illinois Senate district that covers much of the South Side and some southwest suburbs. Mr. Williams supports increased revenue to schools, legislation to make it easier for educators at charter schools to organize unions, limits on standardized testing, an end to the State’s school voucher program, and ensuring the City and State pay more into the CTPF and MEABF pension funds. Mr. Williams’ opponent in this race made regular appearances on Fox News earlier this year where he trashed the CTU. Mr. Williams is endorsed by the Chicago Federation of Labor. 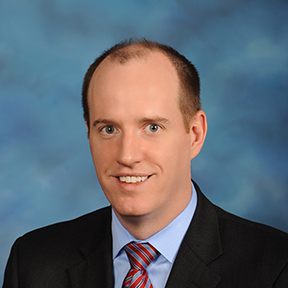 Sen. Cunningham represents the far Southwest Side of Chicago and suburbs and is the President Pro Tempore (number 2 ranking member) of the Senate. He is also the chief sponsor of the bill that restored our bargaining rights last year. Sen. Cunningham has also been a longtime supporter of an elected school board for Chicago. His wife and daughter are both CTU members. 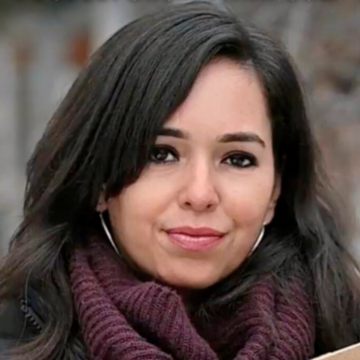 Sen. Pacione-Zayas represents the Northwest Side, including all or parts of Albany Park, Logan Square, Avondale, Hermosa, Old Irving Park, and Portage Park. She is a child development expert and formerly worked at Clemente High School. Sen. Pacione-Zayas is the chief sponsor of the LSC empowerment bill that became law last year, a key proponent of the elected school board, and was an important CTU ally during the most recent work action for a pandemic safety agreement. She is endorsed by UWF. 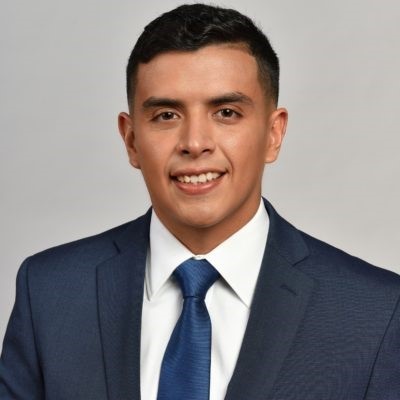 Rep. Ortiz, a CTU member who worked at Back of the Yards HS prior to being elected to the General Assembly, represents parts of the Southwest Side, including parts of Gage Park, Archer Heights, Back of the Yards, and McKinley Park. He has been a chief supporter of all CTU legislation. Aaron is the chair of the House Latino Caucus and also defeated Ed Burke to be the 14th Ward Democratic committeeman. 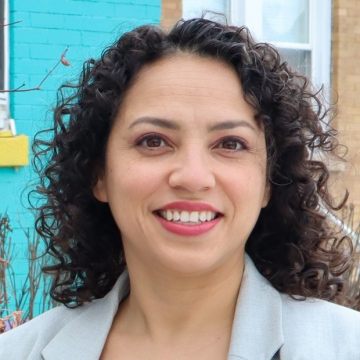 Lilian Jimenez is running for Illinois House in the 4th district on the West and Northwest Sides, the seat currently held by Rep. Delia Ramirez. Lilian has a long labor and community organizing background. Rep. Ramirez’s organization endorsed Lilian after a community-driven process, and she’s also endorsed by UWF. 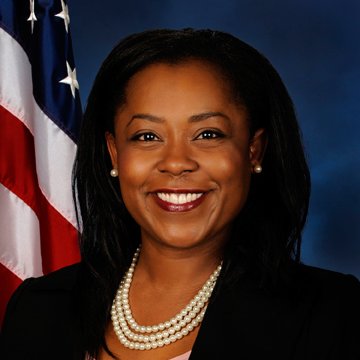 Rep. Harper represents parts of downtown Chicago, the Near South Side, and Englewood. She currently serves as the Chair of the Illinois Legislative Black Caucus and has been a long-time CTU ally. Besides supporting the expansion of our bargaining rights, creating an elected school board, and establishing COVID administrative leave, Rep. Harper has been a champion for expanded revenue, including being the chief sponsor and passing through the Illinois House a major CTU-backed TIF reform bill. 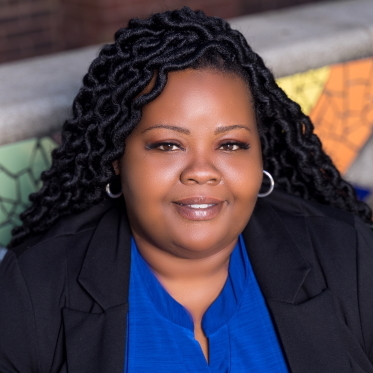 Rep. Collins represents parts of the West Side of Chicago, including North Lawndale, Garfield Park, and the West Loop. She is an SEIU Healthcare member and was an organizer with HCII prior to her election to the State Legislature. Besides being a key supporter of our bargaining rights and the elected school board, Rep. Collins also spearheaded the fight against proposed school closures in North Lawndale and kept three schools open as a result. 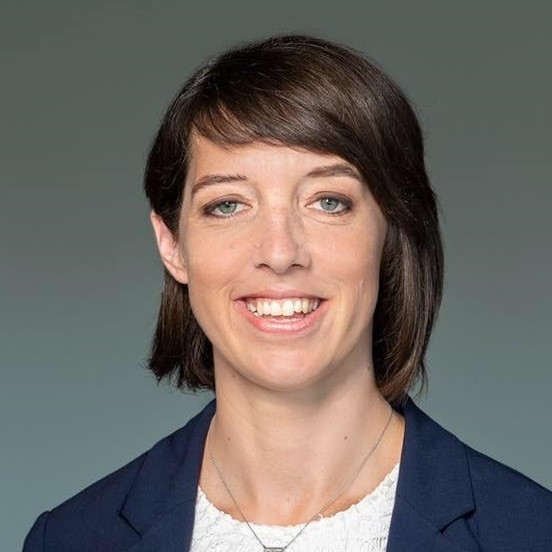 Rep. LaPointe represents the far Northwest Side, including Portage Park, Jefferson Park, and Dunning. She has been a strong supporter of CTU and progressive issues, including sponsoring the ERSB bill, and was the chief sponsor of a bill last year to include licensed teachers at contract schools to be members of the Chicago Teachers Pension Fund. Rep. LaPointe was a social worker prior to entering the Illinois House. 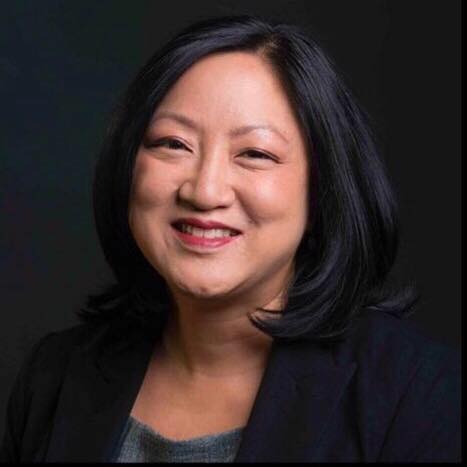 Rep. Mah represents the near Southwest Side of the city, including Chinatown, Pilsen, Bridgeport and McKinley Park. Rep. Mah has been a longtime CTU supporter, including serving as a co-sponsor of both our bargaining rights and elected school board bills. Rep. Mah is an LSC member at Kelly High School and has been endorsed by UWF. 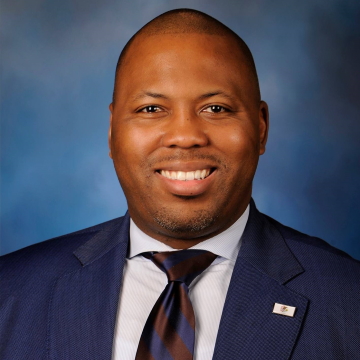 Rep. Buckner represents parts of downtown and the South Side. He was the chief co-sponsor of the elected school board bill in the House and also the chief sponsor of the trailer bill to the ERSB bill that made the school closure moratorium have an immediate effective date. Simply put, the ERSB and closure moratorium does not get done without him. Rep. Buckner is the chair of the House Black Caucus and is also the son and brother of CTU members. 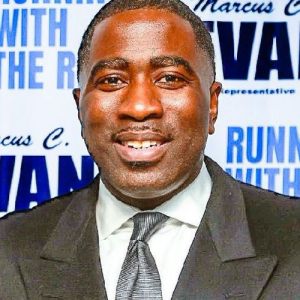 Rep. Evans represents parts of the South Side and south suburbs. He is the chair of the House Labor committee and in that role was a chief co-sponsor of our bargaining rights bill. He's also a champion of the elected school board. Moreover, Rep. Evans is the chief sponsor of an Illinois constitutional amendment to outlaw right-to-work laws in Illinois. 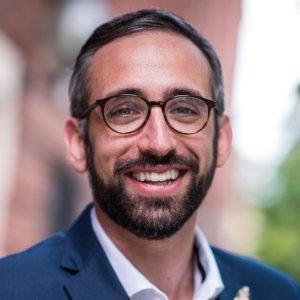 Rep. Guzzardi represents parts of the Northwest Side including parts of Logan Square, Avondale, Belmont Cragin, Old Irving Park, and Portage Park. He’s been a huge CTU ally, including as the chief sponsor of our bill for charter school neutrality in the House. He also was the chief sponsor of the $15/hour minimum wage and the bill to lift the ban on rent control. Rep. Guzzardi chairs the House Progressive Caucus and is endorsed by UWF. 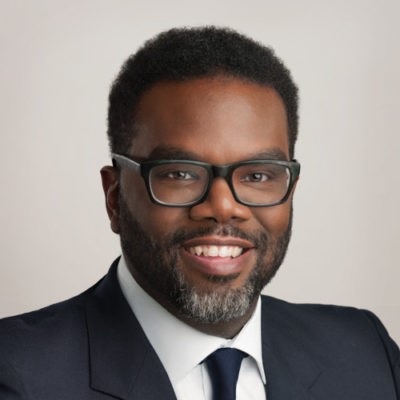 Comm. Johnson is a CTU member who represents the West Side of Chicago and near west suburbs. He has been an invaluable voice for working people’s interests on the county board and is also the chief sponsor of the ordinance to create Indigenous People’s Day in Cook County. Comm. Johnson is endorsed by UWF. 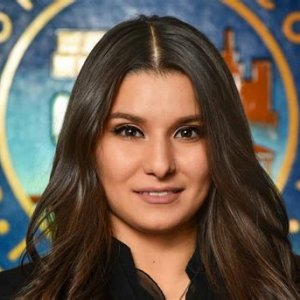 Comm. Anaya represents the Southwest Side of Chicago, including Brighton Park, McKinley Park, Gage Park, and Little Village. She has been a key part of the progressive caucus on the Cook County Board, working on a variety of initiatives with Comm. Johnson. Comm. Anaya is endorsed by UWF.