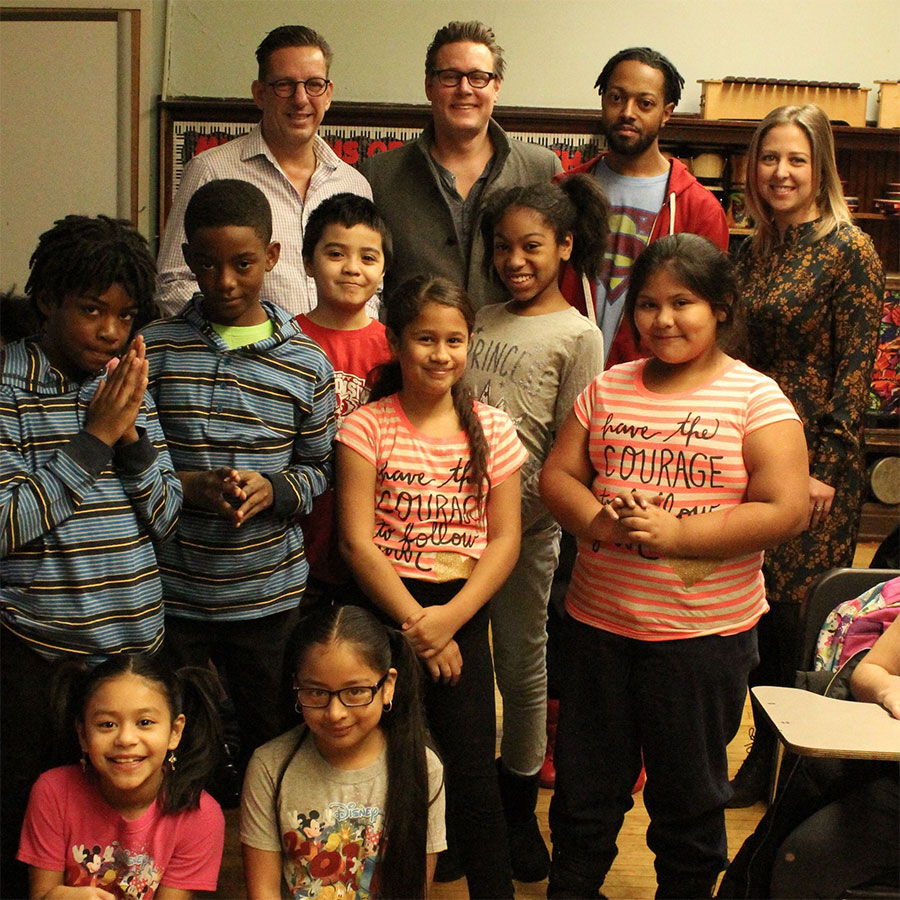 His third year as Fulton Elementary Music teacher started off smoothly. Timothy King had just earned the title of Network 11 Arts Liaison. Students were excited about learning the basics of the piano and after much planning, his drumline was coming into fruition. Work was beginning on the the school’s first assembly of the year and students were anxiously competing to star in it. But just three weeks into the 2017-2018 school year, the honeymoon was over for this Grambling graduate.

King had come into his classroom one Monday morning in September and noticed something strange: more than half of his instruments were missing. These included 20 guitars, two keyboards, 12 ukuleles, a metronome and even his own personal flute. After a school and police investigation, it was determined that the items were stolen. “It threw my entire quarter off,” lamented King, who knows that funds for music have been at an all-time low. This angered the six-year CPS veteran, but he channeled his anger to create change.

King shared his tale with the media and nearly all Chicago news outlets amplified his story, including the Chicago Tribune, Channel 7, and WTTW. Viewers sympathized with King and the south side students, so they gave and gave and gave. King received more than $12,000 in donations from organizations, and personal donors. Now, all the guitars have been replaced along with amplifiers, drums and ukuleles. “I’m so thankful. It’s amazing what happens when you tell your story. I ended up with more than I started with,” King said.

In addition to working as a music teacher at Fulton, King leads two beginning bands at Kellogg and LaSalle Elementary. “Music is so instrumental to learning. It is one of the few subjects where you utilize both parts of your brain.”

This appreciation of Mr. King was submitted by Andrea Parker, also a teacher at Fulton Elementary.

Shine a light on an educator who inspires you. Tell their story all over Chicago.