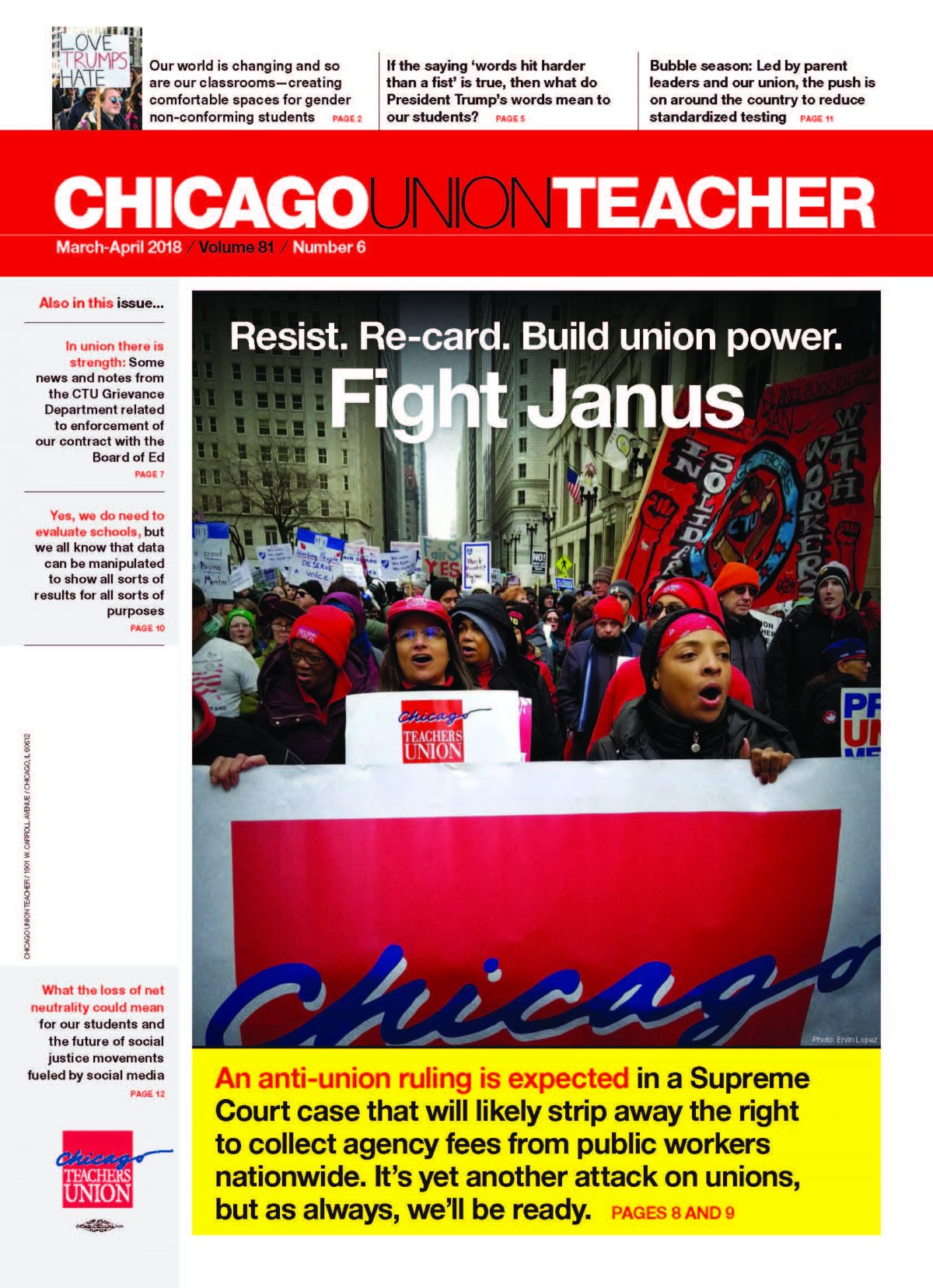 If the saying “words hit harder than a fist” is true, then the president is doing a lot more damage with his mouth than his tiny hands ever could.

With the U.S. Supreme Court poised to hear arguments in the Janus v. AFSCME Council 31 case, the Chicago Teachers Union joined union workers from across the state for the Feb. 24 Working People’s Day of Action.

Enormously popular hashtags #MeToo and #TimesUp reflect the determination of women and other victims of assault and harassment to say, “We’ve had enough…more than enough. This has to stop.”

After a string of state-level attacks on unions across the country, a U.S. Supreme Court decision in the coming months is likely to bring the most significant nationwide rollback of workers’ rights in years.

A Feb. 12 forum on school evaluation reaffirms that working with data that has nothing to do with reality is not a healthy way to evaluate a school.

Led by Chicago parents, activists and our union, the push is on around the nation to reduce standardized testing.

A new report from the Poverty & Race Research Action Council highlights the ways in which our school district and community segregation reinforce each other.

Internet providers now have the ability to limit access to certain websites, creating restrictions for progressive movements and low-income communities.

The bidding frenzy of public tax dollars for Amazon headquarters jobs has drawn significant attention to the spectacle of economic winners and losers across America’s cities.