Tune in to CTU Speaks! 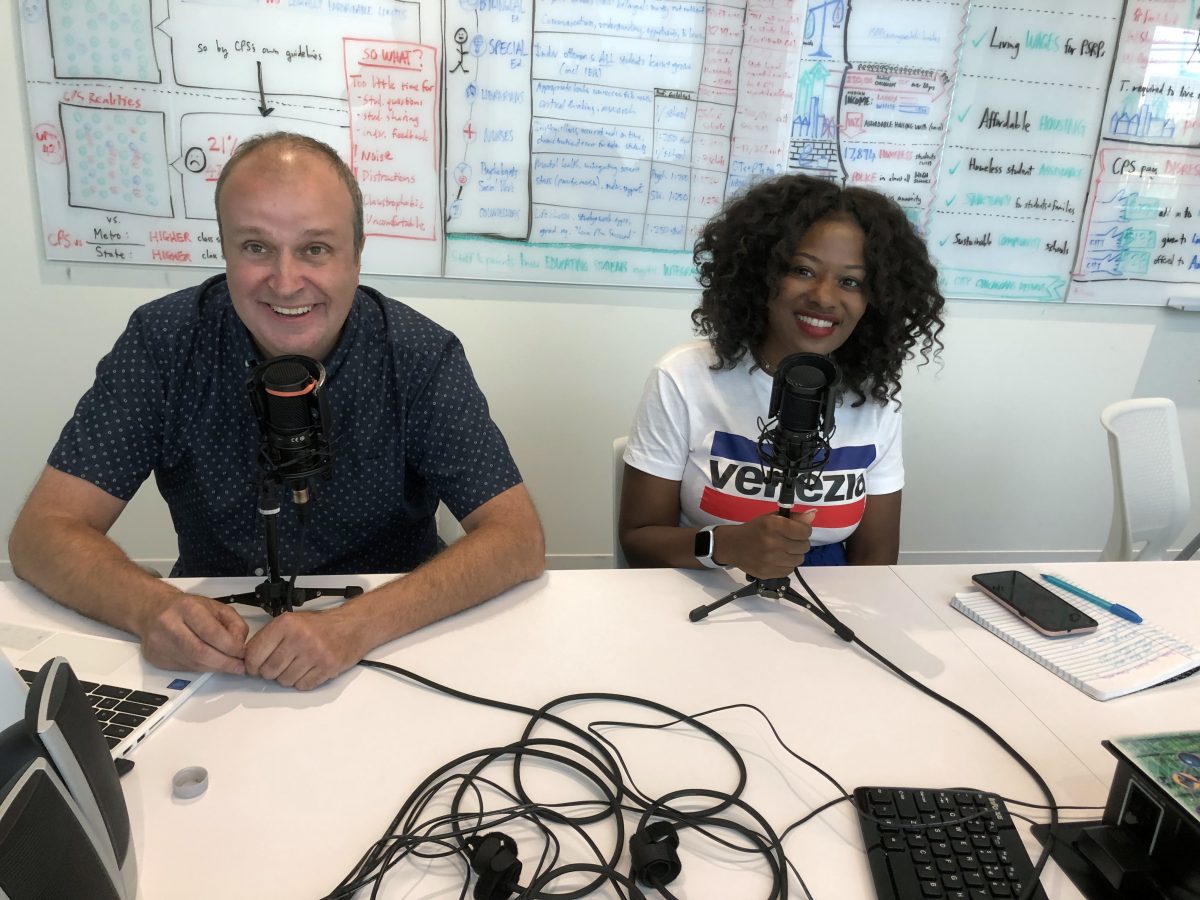 Are you looking for new, accessible ways to learn about issues facing our Union, our schools and our students? Tune into CTU Speaks!, the new podcast that’s the brainchild of the Chicago Teachers Union member-led communications committee.

The first episode of CTU Speaks!, “Are We Striking?”, aired August 14, with segments on the current contract campaign and an interview with CTU Chief of Staff Jennifer Johnson. New podcast episodes will air every three to four weeks.

Chicago Union Teacher: Tell us a little about yourselves.

Parker: I have been with Chicago Public Schools since 2004, or 15 years. I teach middle school reading at Fulton Elementary in Chicago’s Back of the Yards neighborhood, which is in the same neighborhood in which I grew up. I became heavily involved in the Union when I became a delegate in 2009 at my former school, Curtis Elementary, which was turned around by the Academy for Urban School Leadership. I was a strike captain for the 2012 strike, have served on the Executive Board for two years and also co-chair the CTU’s Public Relations and Communications Committee.

Staros: I grew up on the East Coast, mostly in Connecticut. Since 2002, I have been teaching at King College Prep High School in the Kenwood-Oakland area, where I am the Social Science Department chairperson and teach Advanced Placement U.S. Government and Civics. I am King’s Union delegate and serve as the district organizer for network 4A. I have been part of the Union’s summer organizing institute and just finished the inaugural year of the CTU policy fellowship in collaboration with the Illinois Federation of Teachers.

CUT: Where did the idea for the podcast come from?

Parker: I want Union members to be well versed in all things Union in multiple ways. Podcasts are a way that members can listen in their cars, homes or other places, and listen more than once. I also want members to be more involved, so we can be stronger in our schools and as a union.

Staros: To be honest, I am not 100 percent sure where it came from—I just know it wasn’t me! If I remember correctly, we were talking about ways to get our stories out to the membership more effectively during a Communications Committee meeting and someone mentioned the idea of a podcast. It kind of took off from there.

CUT: What are your goals for the production? What do you hope to achieve?

Parker: We want our members to feel more empowered, better able to advocate, well informed and more organized—especially in their schools. I want to build a sense of community by bringing key decision-makers on the show to share information and answer the hard questions. I want to help all our members speak with one voice so that, if we have a strike and someone is interviewed, everyone should be able to explain what we’re fighting for.

Staros: First, for me, I would like to get the membership to feel closer and more tightly knit with each other. Every day, we are going through similar struggles and experiencing similar triumphs within our classrooms and with our individual students. But sometimes, it can feel like we are all on our own. I hope CTU Speaks! will be a conduit for us to be able to address the issues that are of great concern and importance to our members.

CUT: How do you think the podcast can advance the CTU’s work, especially the current contact campaign?

Parker: It will be another avenue of communication. Real life voices will be heard talking about things that are current and easily accessible. More people are listening to podcasts every day, and we have to keep up with changing modes of communication.

Staros: I think, for the most part, teachers all have very similar issues, although they express themselves differently in each building and each classroom. I am hoping that CTU Speaks! will help members know more about where we’re at with contract negotiations, and, even if they don’t have time or energy at the end of the day to look online for updates, they can at least turn on the podcast and listen to it while fighting traffic on the way home. We will definitely be more interesting than traffic!

CUT: Have you ever done anything like this before?

Parker: I do a weekly Christian talk show on Friday evenings on Big Gospel Express 1570 AM from 9:30 to 10 p.m., and feel it’s a good way to get folks involved.

Staros: Nope—never even thought about doing anything like this before. In fact, this last year was the first time I even started listening to podcasts. I assigned a podcast to my class and was worried that no one would know how to access it, so I had a lot of instructions for my students on how to download and listen to a podcast. My students all just laughed at me and said, “Staros, we know how to do this!”

CUT: What topics do you hope to cover?

Parker: In our first episode, “Are We Striking?”, we had segments on how bargaining works, school contract enforcement, affordable housing and sustainable schools. In future episodes, we plan to interview more rank and file CTU members, staff and leadership, aldermen, other committee leaders and maybe even the mayor.

Staros: Obviously, we will be covering the contract and all the negotiations, but we also hope to cover a wide range of issues that are topical and timely for our members.

CUT: Who would be your dream guest?

Parker: Gov. J.B. Pritzker to discuss funding formulas and how his plan is helping or hurting our students. Also, Chance the Rapper to discuss what his next plans for public education are and how he thinks his contributions are making a difference.

Staros: I’d love to interview Barack Obama and ask him what he’d change if he was mayor, and what he would demand of the public schools if his daughters had to attend them.

CUT: Are there ways for other CTU members to get involved?

Parker: Each episode will have a segment where people can call in and leave questions for us to ask and answer during the next podcast and suggest future guests for the show.

Staros: Yes! Ultimately, the more involved our members become, the stronger we are as a union.

This article appears in the September 2019 issue of the Chicago Union Teacher. 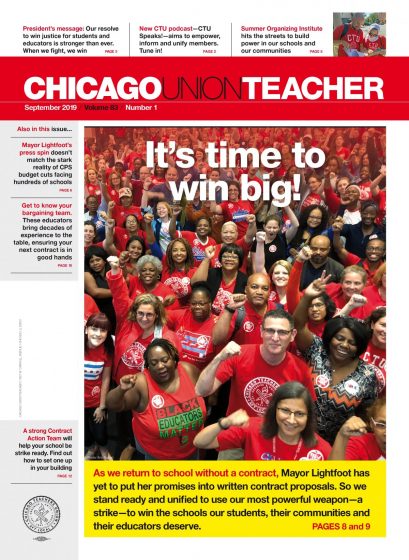