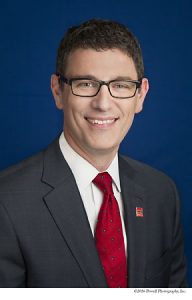 Regardless of who the new mayor is, we need to be ready to strike in the fall for the schools our students and city deserve.

On April 2, Chicago will make history. A city long known as one of the most segregated in the country will elect an African American woman as its mayor. The historical significance of that cannot be ignored.

On April 2, we also will face a new City Council that could include a former Dyett hunger striker, the Executive Director of the Pilsen Alliance community organization, and an educator, mother and activist from the 33rd Ward Working Families independent political organization.

Just let that sink in for a moment.

But whoever the mayor and new city council members are, we must continue fighting for the schools our children deserve. We hope our endorsed candidate for mayor, Toni Preckwinkle, will win. We hope Jeanette Taylor, Byron Sigcho, and Rossana Rodriguez—all endorsed by the Chicago Teachers Union—will be on the city council, along with 10 other CTU-endorsed candidates.

But regardless of who heads to City Hall in April, we must remain vigilant in our fight for the schools Chicago children deserve. We must be prepared to strike, if necessary, to win a contract that puts students and their educators first, ahead of the wealthy 1 percent who have ruled the roost in our city for the last eight years.

Our contract fight was the focus of our Delegates and School Leaders Conference in March. The 400 school leaders who attended the two trainings engaged in discussions about how to strengthen our fight for better working conditions and build strength in our schools.

But to win, all members need a clear vision of what we’re demanding and why. And, we need well-organized schools where members are fighting together and reaching out to parents and the broader school community.

One of the best ways to do that is by organizing a Contract Action Team in your building. A strong CAT is the backbone of any successful school fight. Those teams can reach out to colleagues, organize union and school wide meetings to discuss the contract, circulate petitions, post cards and factsheets, and reach out to community allies and businesses for support.

We also encourage members to set up strong Professional Problems Committees in their schools. When your bosses and CPS see that their school staff is unified and willing to fight collectively for better working conditions, it strengthens our hand at the bargaining table.

We’ve also begun setting up bargaining subcommittees, including on Special Education, Career Technical Education and sports. So, watch for opportunities to get more involved in these critical groups, which will drive our responses to CPS. Watch for regular email updates and remember to check the CTU website and the MemberLink portal for new information on our campaign.

CPS has said that they want to be partners in improving the quality of education in our schools—but their proposals show the opposite. The district’s first offer would roll back key wins for better learning conditions, increase principal control over professional development, and provide zero improvements for paraprofessional working conditions or staffing. It also completely ignores the changes students, parents and our community want to see in their schools.

On the upside, the initial contract offer doesn’t reflect the severe budget cuts of the past. CPS is in a much better financial position today—thanks, in part, to our help in Springfield—than they were in either 2012 or 2015. So, we have an opportunity to win big at the table.

Janice Jackson is a different Chief Executive Officer than Claypool, Brizard, Byrd-Bennett or other past bosses. Our new governor has vowed to increase funds to education, although it remains to be seen by how much. His fair tax proposal is decent, though it could have been even better. So, times have certainly changed.

And our next mayor will not be Rahm Emanuel. Our Executive Board and House of Delegates endorsed Toni Preckwinkle because, unlike Emanuel, she supports our education platform and, unlike her opponent, she opposes reducing our pensions or pushing new employees out of pensions altogether. We believe she gives us better leverage in the contract fight.

But we know that our strength does not lie in trusting politicians—even those we support—to do the right thing. It comes from our unity, shared vision and willingness to fight collectively for as long and as hard as it takes to do what’s best for our schools and communities. That is what drives our union and our members every day.

We don’t know if we’ll need to strike in the fall. What we know is that we’ll need to be ready. We are encouraging you to start saving at least 10 percent of each pay check for that possibility so we can stand strong on the picket line, if needed.

Over the last several months, we’ve seen what unity and solidarity in our schools can achieve. Our members at Acero and Chicago International Charter Schools faced intransigent, unaccountable management, as well as bitter cold temperatures, in their strikes. But they stood strong and won contracts that will pump millions of dollars into their schools, improving conditions for both teachers and students.

And we know what fighting and winning looks like from inspiring examples across the nation, from West Virginia to the spectacular victory in Los Angeles. CTU helped inspire those educators and the national #RedForEd movement that is sweeping the country.

We are heading into a new political climate in Chicago and Illinois that could start to reverse some of the draconian policies of the Emanuel/Rauner cabal. But there are no guarantees. There are still wealthy, powerful forces lined up against our public schools.

That’s why it is critical for us, in this time of transition, to heed the example we’ve set for educators across the country: When we fight, we win.