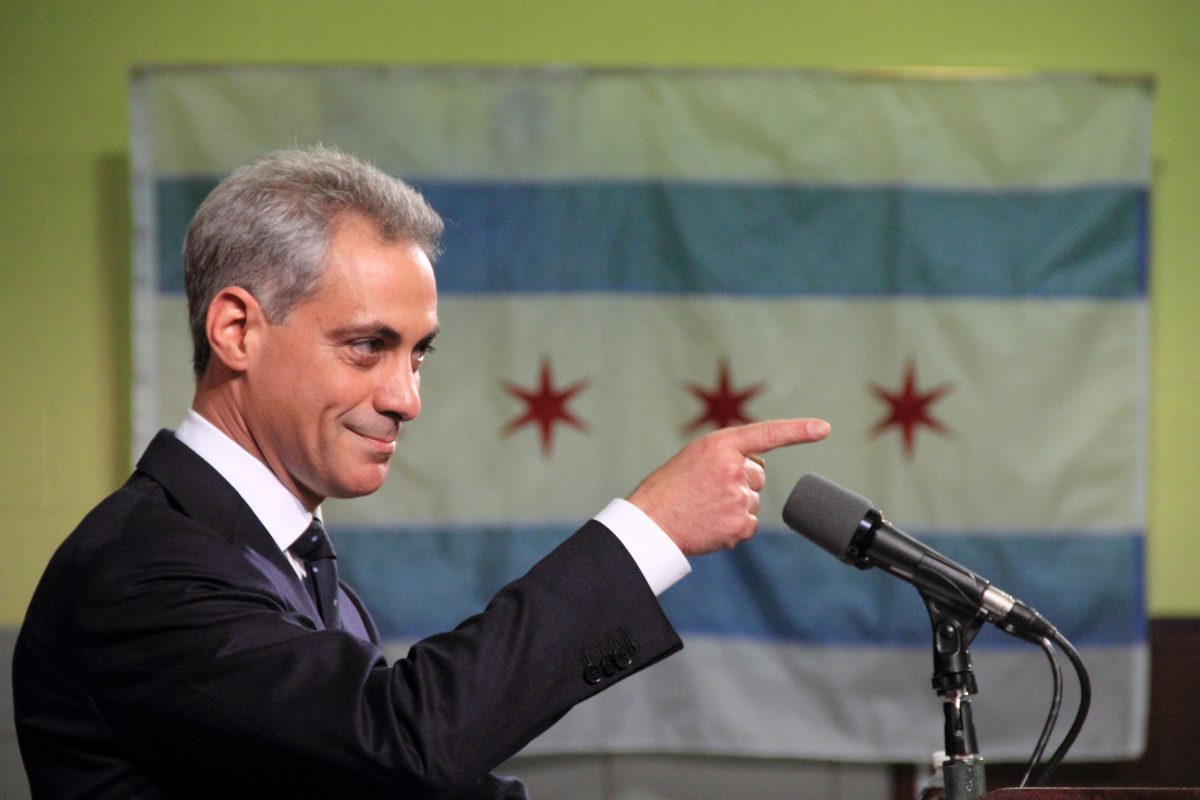 One of my favorite novels to use in my classroom is Khaled Hosseini’s 2003 best-seller “The Kite Runner.” The protagonist, Amir, makes a tragic decision as a pre-teen and spends the rest of his life searching for redemption. The novel showcases Amir’s guilt and ultimate heroism as he faces his fears and risks his life for the possibility of vindication. It is a book I would like to gift-wrap for Mayor Rahm Emanuel, in the hope that it teaches him a similar lesson.

Recently, Emanuel penned an op-ed in The Atlantic, entitled “I Used to Preach the Gospel of Education Reform. Then I Became the Mayor.”  I anticipated Emanuel admitting mistakes he made at the helm of Chicago Public Schools (CPS). Would he ask forgiveness for shuttering nearly 50 schools in one school year? Would he mention the Dyett High School hunger strike by over 30 adults desperate to keep the school open? Would he seek absolution for two hand-picked CEOs with serious ethics problems? Would he show concern for the loss of over 40,000 students during his administration?

He wrote none of that.

Instead, he touted his focus on principal leadership, college enrollment, support services outside school and using quality as a factor in closing schools.

Let me be clear: CPS’s gains deserve praise. As CEO Janice Jackson recently wrote in an op-ed in the Sun-Times, the graduation rate is rising four times faster than the national average. Research from Stanford University shows that elementary school students have made remarkable academic gains. But those statistics and Emanuel’s claims hide other facts that are not so rosy.

I offer an insider’s modern history lesson. I have been an educator in CPS for 15 years, in three very different South Side high schools. I have a keen interest in the ebb and flow of the district, and I can verify that there is truth in Emanuel’s claims. But the parts he left out are more telling.

First, Emanuel attributes much of schools’ success to good principals, not to teachers. No doubt that’s true in several cases. But when it comes to choosing good leaders, Emanuel has problems. CEO Jean-Claude Brizard — remember him? — washed out. Barbara Byrd-Bennett is in prison for an illegal kickback scheme that, coincidentally, involved principal training that was widely criticized as useless. Forrest Claypool resigned under an ethics cloud. Emanuel struck out three times before Jackson, who is admired nationally.

On school closings, Emanuel wrote, “I closed both neighborhood and charter schools as mayor, because mediocre schools of any type fail their students.” Yet of more than 50 schools closed by Emanuel, only two have been charter schools. Those two weren’t slated for closure until last December. More telling, Emanuel still praises the idea of closing bad schools rather than providing resources to improve them, despite research from the University of Chicago Consortium on School Research on the negative impact of closures.

Perhaps most surprising was Emanuel’s claims about wrap-around services. He wrote, “Most well-off parents have the resources to augment what happens at school. As mayor, I decided to extend those same sorts of interventions to everyone.” He touts after-school programs, teachers providing homework help at public libraries, a summer reading program, and a summer jobs program for teens.

But Emanuel fails to mention what schools lost. Public libraries hired teachers, but school libraries disappeared: The number fell from 454 in 2013 to 139 in 2017. Parents voiced concerns about the district-wide nursing shortage. Reading specialists and other jobs have been cut drastically.

In schools where “well-off parents” send their children, librarians, nurses and reading specialists are par for the course.

Readers wrote to The Atlantic praising Emanuel, including Secretary of Education Betsy DeVos. That’s my fear: That others will buy into Emanuel’s partial narrative because they don’t know the whole story. Redemption comes with truth-telling, righting wrongs, and remembering all of history, not just parts of it.

I hope that our next mayor, whoever she may be, will pick up the pieces that Emanuel left behind and be transparent with the reality of CPS.

Gina Caneva is a teacher-librarian and writing center director at Lindblom Math and Science Academy. She is National Board Certified and a Teach Plus Teaching Policy Fellowship alum.  Follow her on Twitter @GinaCaneva. This article is reprinted from the Chicago Sun-Times.