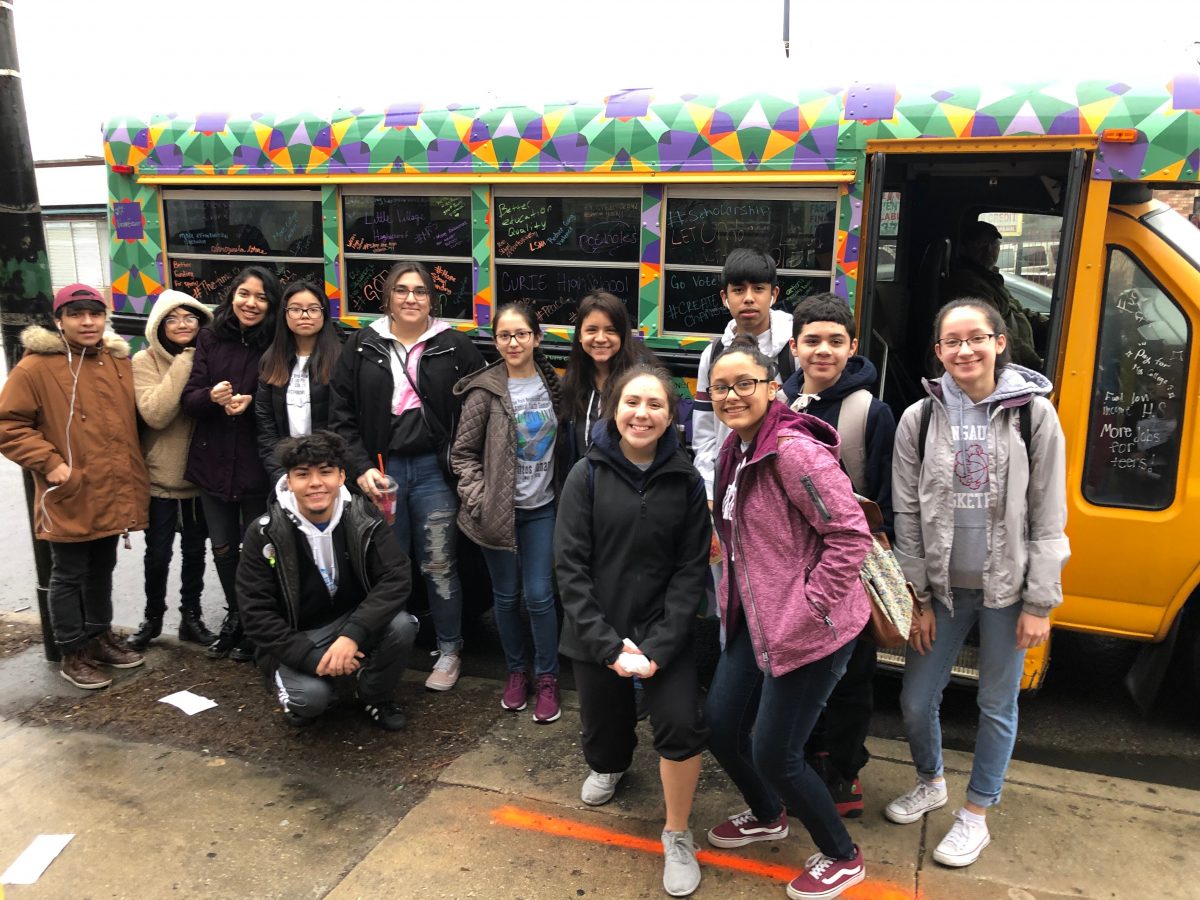 The Lincoln Yards development was in the news a lot in March, as Mayor Rahm Emanuel pushed to create the largest Tax Increment Financing (TIF) district in Chicago history to fund the project. The massive development is slated to receive a $1.3 billion tax subsidy and divert $477 million from Chicago Public Schools (CPS).

As a CPS teacher, this project outraged me. It is completely egregious and irresponsible for our city council to agree to give money to private developers to fund what is essentially a “playground for the rich” while our schools continue to starve. So, I connected with fellow CTU member Johanna Maldonado and community allies to devise a plan to fight back.

When Ald. James Capplemen became acting chair of the City Council’s zoning committee, his influence over this project skyrocketed because the first step in a mega-project like this is usually a zoning change.

Working with organizers from the Logan Square Neighborhood Association (LSNA) and Grassroots Collaborative, we decided to storm Cappleman’s office and demand that he delay the upcoming committee vote on the plan. LSNA students would head to his house with desks and the #Reimagine Chicago bus and we would all meet up for a press conference there. Knowing that so many skilled organizers were involved in the action gave me confidence we could pull it off.

I counted nearly 30 CTU members and allies when we kicked off the action outside Cappleman’s office. It was an incredible force of people power.

We went into his office, listed our demands and were surprised at how receptive Cappleman’s staff was. We then met up with youth, who had brought desks and signs for a stunning visual display outside the alderman’s house.

The youth spoke from their hearts about the conditions in their schools and all the adults were impressed with their courage. These schools belong to them and we were witnessing our greedy City Council members allocate money away from their schools into the pockets of the rich and well-connected.

The zoning committee was to vote on the project the next day. Prior to the committee meeting, several groups held a press conference echoing our demands that Cappleman delay the vote. To a shocked City Council chamber, the alderman tried to do just that, but the committee overruled him. The Lincoln Yards zoning change passed by a 9 – 4 committee vote and the full City Council approved it by a 33 – 14 vote with Cappleman voting “no.” The project is expected to get a final vote in April.

We’ll never know what changed Cappleman’s mind. Perhaps it was because of the run-off election he faced? Perhaps the community pressure worked? Maybe all of the above? Regardless, we must continue standing up and speaking out for our schools and our students.