The campaign to defend the CTU Six galvanized community support and set the stage for wins against abusive CPS bosses. 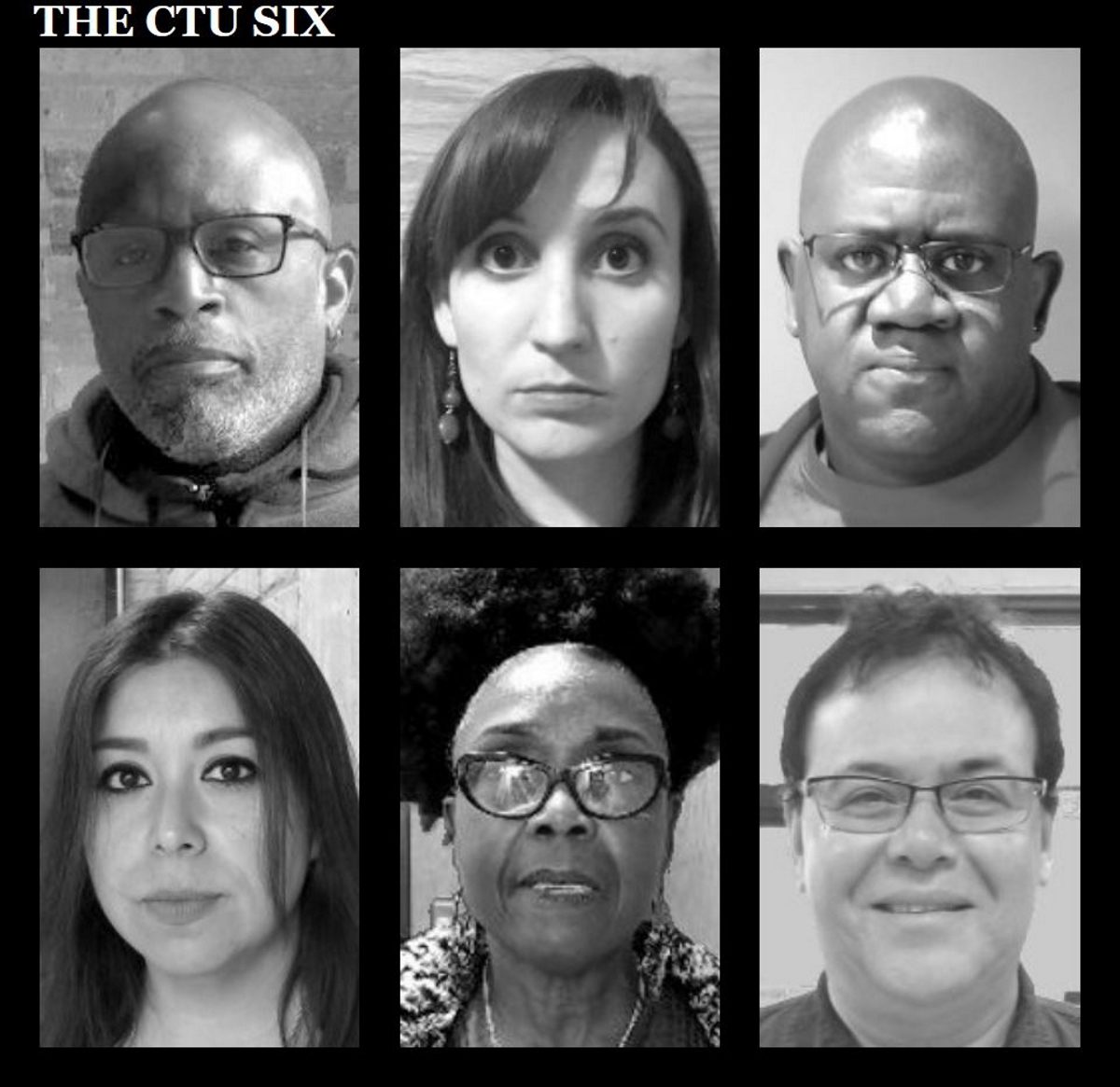 For educators who have been targeted, abused and even terminated for speaking out on behalf of their students, fighting is second nature. And that fighting spirit paid off recently for a courageous group of Chicago Teachers Union leaders, known as the CTU Six.

The group of educators faced harassment, unjust disciplinary actions and even termination for standing up to Chicago Public Schools’ abusive and often illegal policies. As CTU fights for a fair contract at the bargaining table, it’s important to recognize that the outspoken union advocates known as the CTU Six helped build our strength for current and future battles.

“As we head into the current contract fight, let’s remember what was happening two years ago. Claypool was slashing special education funding, decimating school budgets and going after the fierce teacher advocates who were fighting back,” CTU President Jesse Sharkey said. “Our union, our educators and our community allies stood up and fought back and that fight has been vindicated.”

The campaign to defend the CTU Six not only galvanized teachers but won support from all corners of the city and country. Elected officials, parent and community groups and unions from across the globe supported these teachers under attack:

Sarah Chambers, special ed advocate and CTU executive board member at Saucedo Academy, was suspended in April 2017 and barred from setting foot on CPS property. The union successfully challenged CPS’s actions and helped clear the way for her to return to teach in district schools.

Joseph Dunlap, delegate and award-winning veteran teacher at Tarkington Elementary, was unjustly targeted by the Academy of Urban School Leadership (AUSL) for his activism. He recently won his case in arbitration and he will be returning to his school next year.

Laura Sierra, delegate at Whittier Elementary School, was bullied and harassed by her administration for speaking out about contract violations. She succeeded in overturning the disciplinary actions against her and now teaches at a new school.

Kevin Triplett, delegate at Barton Elementary, was disciplined after calling out climate and culture issues in schools. He continues to advocate for his staff and students despite the harassment he faced.

Jose Conteras, delegate at Carson Elementary School, was unfairly targeted after he spoke out about abusive and disrespectful behavior by his bosses. His grievance is pending.