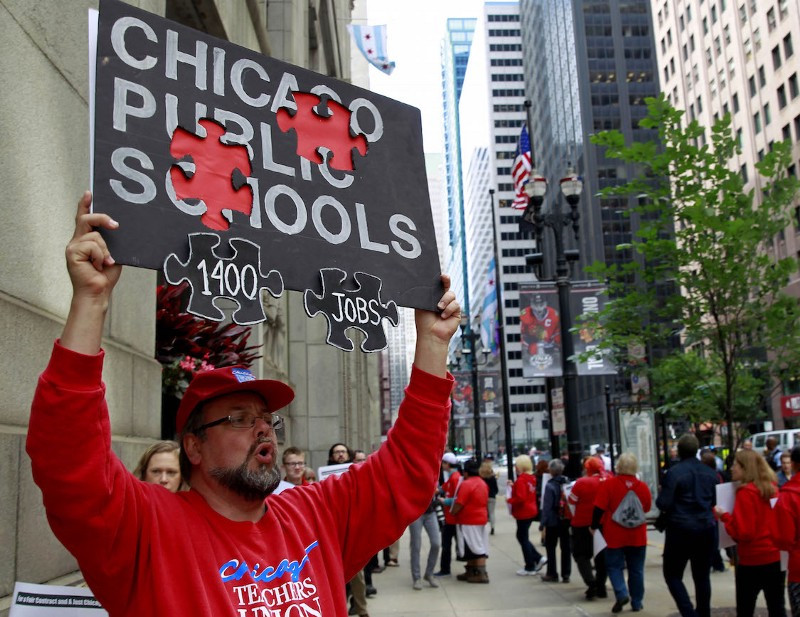 In 2012, staffing of nurses, social workers, psychologists, and counselors was way out of whack with recommendations from professional organizations. In the years since, the situation has worsened. Because the Chicago Teachers Union has organized around this issue, Chicago Public Schools opened 160 social work and 94 special education case manager positions for the 2018-19 school year. These positions, however, have largely remained unfilled. At the start of the year, according to media reports, there were only 38 more social workers than last year.

Since 2012, staffing cuts across the board to nurses, social workers, school counselors, psychologists, librarians, and teacher aides have jeopardized the health and well-being of the district’s overwhelmingly low-income students. The CTU has made adequate staffing of school social workers, nurses, psychologists, librarians, and teacher aides a part of every major campaign. However, CPS stubbornly insists on ignoring both the recommendations of every major professional organization and the evidence from school workers and parents that CPS staffing policies are inadequate. The skyrocketing number of vacant positions for vital services has worsened the squeeze on schools’ already bare-bones staff.

Our school has a number of teacher assistant (TA) positions that provide support to all classrooms. These TAs allow for more enrichment [and] interventions as they can run small groups [and] collaborate with teachers to help with instruction. These positions are dependent on parent fundraising and support. The fact that some schools can afford this support while others cannot represents one of the many disparities within CPS. (CPS elementary school teacher)

PSRPs (paraprofessionals and school-related personnel) serve vital functions in the schools. They are the many unsung heroes whose work makes children’s education possible. Many work quietly on the sidelines and some work on the front lines to make sure records are kept, students have their needs met, and overcrowded classes have an additional educator. PSRPs are clerks in the office, teacher aides of all varieties, library assistants, and other adults in schools who provide valuable services to students. Teachers and clinicians know that their jobs would be impossible if not for the hard work of their fellow educators.

To add insult to injury, PSRPs are not paid enough. The federal government standard in 2017 for a family of four who earn so little their children are eligible for free lunch, is $31,980 a year, according to the U.S. Office of the Federal Register. Close to a quarter of PSRPs earned less than this in 2017-18. About 2/3 of PSRPs earned less than $45,510 a year, the amount that makes a family of four eligible for reduced lunch. These hard working staff members, so crucial to students’ education, who have to live in Chicago and pay the city’s high housing prices, need to be paid appropriately.

I had a student who took a medicine every day at 11:30 a.m.; it became my responsibility to leave my classroom to administer this medication to the student on the many days a nurse wasn’t present. (Rula Mansour, Skinner West teacher)

The school nurse, tending to the health of all students, no longer exists in CPS. In 2017-18, the average school had the services of a certified school nurse (CSN) one day a week, and the average CSN had to visit five different schools every week. What’s worse, there were 20 nurses assigned to six or more schools a week, and two had as many as 12 schools to visit every week, according to data from a CTU Freedom of Information Act request to CPS in the spring of 2018.

Nurses are assigned to students receiving special education services, which is required by law, and are seldom able to attend to other students’ health needs. In 2017-18, CPS employed only 108 CSNs, down from the already low 201 CSNs employed in 2012. One school nurse for every 2,859 students is a far cry from the ratio of one nurse for 750 students recommended by the National Association of School Nurses.

At my school, we had a student that showed increasingly more disturbed and violent behavior. Each year, his classroom teacher requested support through the proper medium. Finally, the student began to act out, even cutting a girl in class. He still did not receive services because we did not have the personnel to do so. (CPS employee)

Like nurses, school social workers and psychologists are assigned to serve special education students only. The need for schools to attend to all students’ social-emotional needs is particularly acute in Chicago, where 78 percent of students’ families are low income and 89 percent are students of color. Poverty and racism are known stressors. When CPS cuts vital services like school social workers, school psychologists and school nurses, students, parents and teachers all suffer. The National Association of School Psychologists recommends one school psychologist for, at most, 700 students. In CPS, the ratio in 2017-18 was one psychologist per 1,760 students, and one social worker per 1,238 students, close to five times what is recommended by the National Association of Social Workers. Further, from 2012 to 2018, the number of school social workers declined by 12 percent.

Our school lost the librarian even after the students organized and demonstrated with a sit in. The library was the heart of the school. Now that is gone, and there is no one to run the computer lab. Students can’t check out books to read, and the history fair had to be suspended. Kids have no place to go to just read and relax. (Nhora Gomez, Williams Prep School of Medicine teacher)

In 2012, there were about 160 schools without librarians, yet more than 400 librarians in the district. The number of librarians has steadily decreased in the years since, and by 2019, there were only 128 CPS librarians. Most schools on the South and West sides have no librarians at all, and the majority of schools with librarians are concentrated on the North Side, according to the Chicago Tribune. Librarians are a necessary part of the school community, and checking out books is not their primary purpose. For example, they teach students to distinguish between fake news and quality sources. Librarians also collaborate with teachers to supplement lesson plans with advanced research tools and databases, and help students find books of interest that are within their skill range. CPS does a great disservice to students by denying them the services of librarians.

The new Schools Chicago’s Students Deserve report will be out in October 2018. The staffing numbers reported in this section are calculated from CPS position files. 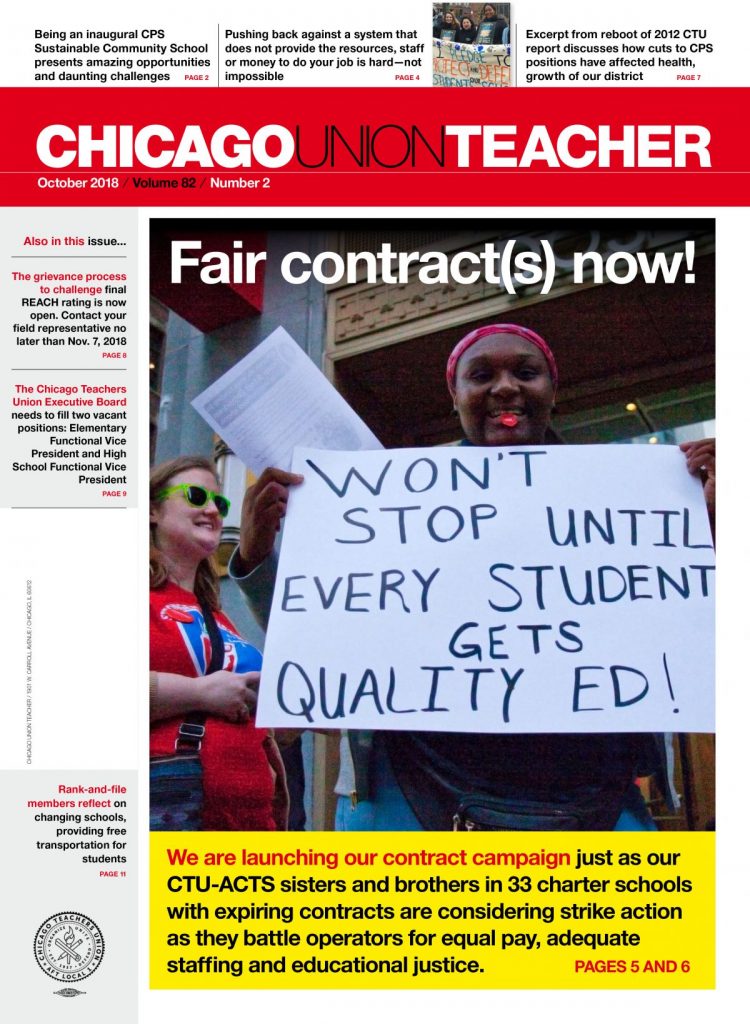